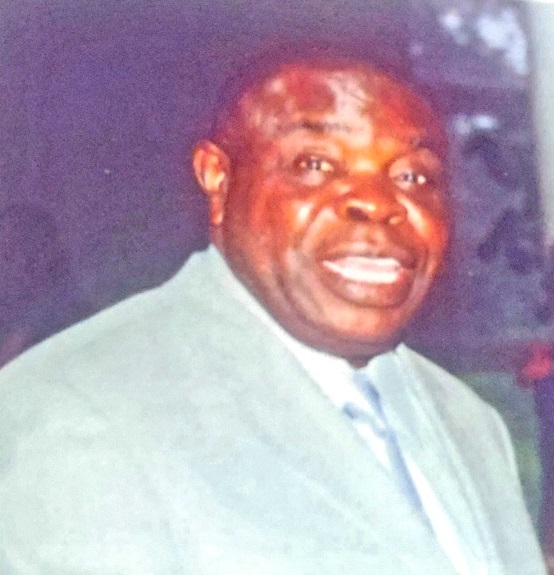 The mindset of corporate Nigeria needs re-configuring to accept locally made software as not inferior says CEO of Labyet Polaris Chief Ayodele Olaide to MELVIN AWOLOWO in this conversation on why software must replace oil.

Can you just give us a quick recap on how Labyet Polaris started?

Labyet Polaris has been in existence for almost 17 years in the IT Industry. We had our base originally in Ibadan because at that time we were representing a company that wanted us to be in the western part of Nigeria. But we have since moved our headquarters to Lagos our present location. We still maintain our branch in Ibadan and of course the one we have opened in Abuja.

What are some of the solutions that are fully developed by Labyet in the last five years and how are they fairing in the market?

I thought you knew. We did start as a hardware company and did everything in hardware from installation, multi-user to networking. About four years ago, we decided to go into software development because we envisaged then that would be the place the industry would head. We thank God that we actually took the decision then because we are not just waking up today to software. For software, we have never represented any foreign company to market software in this environment. All the software applications that you see that we have today were developed locally here by Nigerians and today we have quite sizeable number of locally developed software applications that are competing even with some international, foreign software. For instance, we have what we call the Enterprise Insurance Accounting Package, it is a big software package; that is in use in insurance companies in Nigeria; and I mean very big ones for that matter. We also have accounting package; we have what we call school management software, which is also in use in a lot of universities and private schools. We have enterprise package like Stock Management and Asset Management software. The Human Resources Management software is another big one we believe that should catch on very soon in the market.

Let me take you back a little bit. You are saying that you were once a hardware company but now a fully or wholly software company?

We are gradually migrating to that level right now. We do not do hardware except maintain the clients that we had previously. We do not deliberately go out looking for hardware business. The other thing that we do, that we try to pioneer here is what we call e-Learning because we believe that there has to be basic knowledge in this environment to be able to really compete effectively in the IT world; and we want the knowledge to come from experts that made us to introduce the e-Learning concept.

Why is the idea of homegrown software difficult for Nigerians to accept and encourage?

Well software is about knowledge. We are talking about knowledge economy, and Nigeria has a great deal of knowledge. The problem is whether we are amassing this knowledge properly. Do we have confidence in ourselves that we can do as much as the developed countries if not better? We hear names of Nigerians all over the world that are doing well in IT world. They are from this place and there are still a lot of them around who are still interested in fostering knowledge especially in IT. We are still very far from there and part of the reason is lack of confidence of corporate bodies, government in what is in Nigerians. But I think the situation is changing gradually. I’m sure you’ve heard of the efforts of the NCS (Nigeria Company Society) has been making in this area. In the last two, three years we’ve talked about nothing else but software development in this country. You must have seen the software exhibition that both the NCS and ISPON every year encourage Nigerians to showcase what they have and lately you must have heard of NSDI; the new initiative to get government support software development, thanks to Jim Ovian who himself is just an entrepreneur though he is not an IT person. This man has a heart for something local and powerful that’s why he got involved in it and he’s not relenting in ensuring that this country becomes a force to reckon with in IT.

What lessons should we learn from the experience of India?

India didn’t just start yesterday. India had a basic infrastructure in place to help develop anything they want to develop and not just in IT. They started with good education, which is a basic necessity in any knowledge industry and then their government showed very serious interest in IT. I was in India recently to watch an IT exhibition on the invitation of the Indian government and I tell you that the amount of effort they are putting into IT could only be marched maybe by the effort we put into oil exploration in Nigeria. It is no accident that they are making such a big impact in the world. Nigerian oil is selling all over the world so the Indian oil, as they will like to call their IT, is also selling in the world. If Nigeria, decides to really compete in IT and make necessary commitment, she too will make her mark. That is our goal. But we must look inward first. Let Nigerians begin to develop software packages that will meet international standards that will also compete locally and effectively. We expect that the government will protect the local industry a little bit but we don’t want to say Nigerian software packages are being used here because they are under the protection of the federal government. We want to say that Nigerian software packages are used here because they meet international standards, also because they can fair better than foreign software making inroad into this place. You understand the point I am making. What we have to offer or the support we get should be based on the quality of the product rather than on the politics of the product. The incursion of foreign software into this environment came as a result of two things. One, Nigeria was asleep in that particular sector. The few companies that were awake are actually ahead. The second reason is that many people in Nigeria really like foreign stuff. In the case of the software, it is not totally true that the discriminatory element caused the problem of the industry; it is the fact that many software companies didn’t address the issue of corporate image properly. A lot of people were just parading as consultants and also as software developers and then if you don’t have an organization backing you up, you scare the user because he wants an organization he can fall back on if anything goes wrong so that you don’t just pack your bag and baggage and disappear from the scene. That is where entrepreneurship comes in. Nigerian entrepreneurs must begin to show interest in software development.

Have you been able to overcome the perception problem?

No! We have not totally overcome that perception problem but we are moving gradually there because people are beginning to listen partly because of their own experience with the so-called foreign software. Service support is lacking largely in some of them. You buy it and nobody to support it here and that is what you can get if you buy a locally developed software if the company is actually on ground. Perception requires a total culture change and that is what we are going through in this country now. You need somebody to use the software and accept that it works with all the necessary support; that in itself will begin to help to change the perception problem. The various organizations that I’ve mentioned earlier in collaboration with federal and state government are bound to turn the table in favour of locally developed software because such bodies will enforce standard and quality. That is what has happened with hardware where federal government said buy Zinox and Omatek and the rest of them. We need to have a pronouncement like that which will encourage us to look inward. When that happens, we will begin to overcome that perception that locally developed software is inferior.

Are we doing enough in our educational system to produce that kind of sound manpower that India has to build and sustain its software industry?

One of the first things that India put right was education. In the last NCS conference at Port Harcourt, one of the major issues that were looked at was the curricular of universities. In India today, somebody who just left secondary school if you employ him, you don’t have to train him on how to use stuffs like Microsoft word, he already knows how to type whether he studied IT or not; he is able to use the computer. So, in such an environment you find that when you employ such people you don’t have to spend too much money in training them. When he is a graduate of a university and you employ him, within a short time, you begin to reap benefits.

In this industry, investment is certainly tough. Labyet must be spending a fortune on software development and staff training. How do you cope with the trend in the industry that after spending so much on your staff, they move away?

It is a problem that every IT person will tell you exists in this environment. You don’t get the quality material coming from the university so when you recruit them then you have to put in an investment to bring them to a level where they will begin to be productive. Then suddenly the next thing you see is the guy is ready to move on either into Telecommunication Company or a bank because of the fat salary they are able to pay. These are companies that begin to reap where they have not sown; so, it’s a problem. In the IT sector, staff turnover is not what they worry about. In the first instance, it is difficult for you to move from one organization to go join another IT company. Your new employer will contact the previous one to know why you left. It is not like with these other sectors. They need somebody; they get that somebody with mouth-watering offer. They don’t even do any referencing or any kind of crosschecking to know the background of the people they are recruiting.

Beyond now, what are your dreams and vision for Labyet?

We want to get Labyet Polaris to be able to compete effectively internationally in the area of software so we are putting in all the investment we need into it. We have assured ourselves that we will get there.