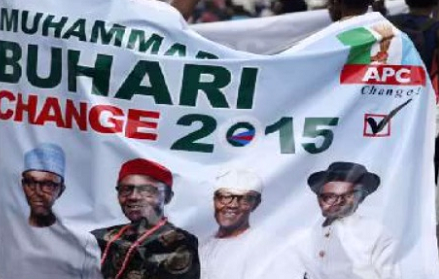 “WE WILL FUSE MINISTRIES AND AGENCIES THAT SHOULD NOT HAVE BEEN STANDING AS FULL FLEDGE AGENCIES OR DEPARTMENTS AND WE WILL CLOSE MDAS [MINISTRIES, DEPARTMENTS AND AGENCIES] THAT SHOULD NOT HAVE EXISTED IN THE FIRST PLACE. THE ECONOMY IS ALREADY IN A DIRE STRAIT. THE APC IS COMING INTO POWER AT A TIME THAT ECONOMY NEEDS SERIOUS AUSTERITY MEASURES.” 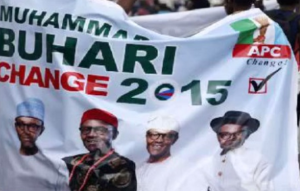 The People Democratic Party (PDP) has stirred Nigeria’s economy including the ICT sector for 16 years. This year – May 29, it will drop the baton and take the back seat as an opposition party having lost the presidential election to the All Progressives Congress (APC).

True the APC is inheriting Africa’s largest economy. But it is an economy resting on its back.  The African Economic Outlook for 2012 declared: “despite Nigeria’s robust economic growth, it has ‘failed’ to generate ‘decent’ employment while poverty has remained high and persistent.” The 2014 outlook was no different. Nigeria had become the continent’s economic powerhouse yet highly deficient in infrastructure, power high skill supply.  The report cautioned that the nation’s economy remained vulnerable to global economic shocks that weigh on the fiscal position and macroeconomic stability, threatening growth prospects. Being a mono-export economy, Nigeria’s high dependency on crude oil export weakens its capacity to absorb shocks from strictures in the global economy.

Nigeria’s economic growth has averaged at about 7.4% annually over the past decade and remained in 2011 at 6.9% up to 2013. The forecast for 2014 up to 2016 averages the same figure helped by the non-oil sector, particularly telecommunications, construction, wholesale and retail trade, hotel and restaurant services, manufacturing and agriculture. And of course the entertainment industry notably, Nollywood.  The inflation has remained double digits and clambered over the 2011 rate of 10.2%.

“Inflation is expected to grow as the economic growth has not cut poverty nor created necessary jobs. According to the Africa Development Bank, about two thirds of the population lives on less than 1 US dollar (USD) per day and the unemployment rate in 2011 was 23.9%, up from 21.1% in 2010. Unemployment in the 15-24 age group was 37.7%, and for 25-44 years, 22.4%. Though the government has introduced youth job creation initiatives, it has done little to douse the high unemployment tensions.

“A major challenge for the economy is the dilapidated state of infrastructure and the over-dependence on the oil and gas industry. As the ADB concluded, the goals on poverty reduction, child mortality, maternal health and disease will be difficult to reach. This is the economy that the APC is taking over.

Under the PDP governmnet, Nigeria has had an impressive growth in its ICT sector particularly the mobile telephony sector. With only about 400,000 lines in 2001, with a dismal 0.4 teledensity, the number of active lines by end of January 2011 stood at 89.8 Million lines, and has grown to 145 million as at Q3 of 2014. The recent statistical breakdown of mobile internet penetration by the Nigerian Communications Commission (NCC) put the number of mobile phones actively connected to the internet as over 85 million to make the country the biggest market for mobile internet on the continent. Nigeria ICT sector has remained a major destination for offshore investment.

“From a private sector investment of about US$50 Million in 1999 when the current democratic regime came in place, the telecom industry in Nigeria has by end of 2009, attracted more than US$18 Billion in private sector investments, including Direct Foreign Investment. More than N300 Billion has been contributed to the coffers of the federal Government through Frequency Spectrum sales, enabling government to plough back revenues earned from the sector for provision of development infrastructure at the various levels of government,” said Executive Vice Chairman of the NCC, Dr Eugene Juwah at a telecoms forum in 2012. Private investment as at 2014 stood at well over $40 billion and telecoms contribution to the GDP was above 6%.

ICT is expected to be Nigeria’s largest revenue earner by 2020 according to its current Minister of Communication Technology, Mrs. Omobola Johnson. Quoting experts, Johnson said at the closing ceremony of eNigeria 2014, organized by National Information Technology Development Agency (NITDA), that the ICT sector would displace the petroleum sector as the largest contributor to the national income by 2020 once government is able to sustain growth through encouraging policy drive.

“We believe that ICT has the greatest potential to eclipse oil and gas as the core source of national income if not the most reliable, contributing the maximum possible percentage of income to the country.So, by 2020, the year that we dream to be a top 20 economy, we believe that ICT will not only be contributing the maximum share to the national income, we believe that in terms of productivity, growth, and performance across all sectors, ICT will be a catalyst,” said Johnson.

The APC government will definitely sustain the Nigerian government’s commitment to a competitive ICT market where government will help stimulate the demand side and encourage private sector investment to define the direction of the market in terms of output and options.

Corruption in the ICT sector

Buhari has pledged to close in on budget holes by tackling corruption. Specifically as it relates to the ICT sector, the government will enforce the Procurement Acts to facilitate transparency and accountability.  “I can assure you. This government will be ruthless with those charged with corruption not only in the ICT sector but in any sector. A forensic auditing of ongoing activities of all MDAs will take place. I assure you,” said one APC insider.

An APC government is likely going to sustain the current broadband drive and most likely target un-served areas in the north and large swathes of rustic settlements in the south. Broadband penetration is a key objective of the present PDP government. It will assumed equal importance with the in-coming APC government.

Most likely! As an insider within the APC interim Economic Management Team told IT Edge News, “ We will fuse ministries and agencies that should not have been standing as full fledge agencies or departments and we will close MDAs [ministries, departments and agencies] that should not have existed in the first place. The economy is already in a dire strait. The APC is coming into power at a time that economy needs serious austerity measures.”

The Steven Oronsaye Committee had recommended the scrapping of 102 statutory agencies from the current 263; abolishing of 38 agencies, merger of 52 and reversion of 14 to departments in the ministries. The Committee concluded that the servicing of the large number of agencies was a waste and antithetical to economic growth.