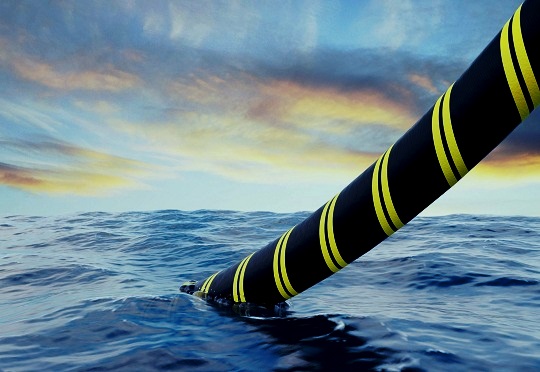 West African cities would soon get connected via a sub-sea fibre optic backbone. By SEGUN ORUAME

A 13,000-kilometre international sub-sea, fibre optic backbone communications network along West Africa with direct links into Southern Europe and South Africa, may just be what the sub-region needs to trigger a multiplicity of developments that has eluded its owing to the absence of functional communication backbones for seamless traffic with the rest of the world and affordable bandwidth to drive advance telecom services.

Scheduled for launch in 2008, the USD750 million sub-marine fibre optic backbone is the brain child of Worldwide Telecom Group of Companies, Inc. (WTGC or Infinity), incorporated in the States of New York in the United States of America.: Infinity’s founders and owners are West Africans, nearly all of whom have migrated to the United States and who wish to ‘give back’ to their homelands”, said Infinity’s Chief Operations Officer Robert Woog in an interview with IT Edge. The initial estimated cost of over US$750 million is to be privately financed.

An early March 2007 agreement between Infinity and VSNL International Pte Ltd, the International arm of Videsh Sanchar Nigam Limited (NYSE: VSL) to facilitate VSNL International assisting Infinity in its West Africa fibre optic submarine cable marks a significant step in the successful implementation of the Infinity West Africa fibre-optic submarine cable system which is to operate under the principals of Open Access and will offer its services to all licensed service providers as well as enterprises and consumers on a non-discriminatory basis.

With the Infinity, VSNL agreement already sealed, the dream for a continent with broadband access is inching closer to the mark. Africa’s inability to be part of the information society is largely due to its inability to access infrastructures that could support home traffic and ginger interest in local content development. Africa has no internet presence and many activities around internet on the continent centres on downloading content from abroad. Even then, many contents are practically not downloadable in much of the continent where narrow band still reigns supreme and where internet access manages to exist.

The SAT-3 submarine cable owned African telcos, most of which has been privatized, has failed to meet the early market expectations that it would lower the cost of bandwidth and drive traffic for broadband. Because SAT-3 operates under a Close Access approach, it ended up being used as a competitive weapon by its incumbent-owners against the army of newly licensed operators that joined the liberalized telecom markets of most African countries in 2000.

The Infinity network will run from Lisbon, Portugal to South Africa with branching units to land initially in the West African coastal countries of Senegal, Ghana, Nigeria, Cameroon and Angola. “Additionally, the network will be designed to allow for seamless expansion throughout the 15 ECOWAS- Economic Community of West African States- countries plus other complimentary opportunities. Discussions are now underway with many of these other ECOWAS countries so that they might also be included in the first phase, “said Woog (see eTerview) who leads Infinity’s professional management group.

There are about 250 million people in West Africa, less than 50 million phones, not more than 2.5 million internet-enabled computers, far less the number for connected systems within virtual networks to serve blue chip enterprises, and even far less the opportunities to leapfrog the economies of the 14 countries in this sub-region using communication tools.

The economic climate for West Africa has been somewhat mix in the last seven years, growth of mobile telephony has been simply revolutionary moving from as low as 1.5 million lines in Nigeria in 2000 to about 34 million in 2007. The success story in West Africa’s biggest economies has been replicated in virtually all the other 13 countries in spite of political tensions, civil unrests and a very low GDP, averaging between US$150 to US$250.

While the phones have grown, there has practically been no robust backbone infrastructure to support long-term growth in telecoms resulting in poor quality of service, expensive access to internet where it exists and lack of capacity to grow new services that would feed heavily on bandwidth. Africa’s bill for international bandwidth delivered by foreign satellite companies hovers around US$750 million per year or about the budget for several countries. West Africa’s share of this is about US$300 million all flowing back as hard currency into the accounts of satellite companies.

With huge foreign debt and a crawling economy, Africa has remained at the fringe of technology development with very slim chance of becoming part of the evolving information society. Part of the Infinity’s goals is to close this gap and provide a communication platform with which the continent can leapfrog its economy.

“Infinity will not only be a vast communications pipeline for carriers, but by partnering with IT and content providers, ISPs, wireless and wireline providers will offer neutral secure collocation facilities capable of allowing seamless hubbing and interconnection of voice, Internet and other data traffic. By lacing together these centres, Infinity will create a virtual Africa Internet Exchange, not just within one country, but for Africa from North to South, making Africa a significant partner in the global World Wide Web”, said Woog.

The sub-marine cable is designed for a 25-year life and will be comprised of four fibre pairs, each pair with a capacity of 64 x 10 Gbps wave lengths per fibre pair, making the Infinity largest system ever contemplated for Africa. The unique design will allow for direct capacity between each landing point (21 in all) and Europe without passing through any other country, thereby ensuring security of communication that will not be affected by political or other uncertainty.

Part of the deliverables by Infinity include the implementation of a portfolio of Centres of Excellence that will physically house all layers, physical and technological, of telecommunications, Information, computing, storage and intellectual property services. The Centres will offer world class connectivity and fully integrated ICT services that will enable West African countries to implement new cost-effective applications to significantly improve services focusing on distributing health care, commerce, education and other core service to the populations.

“Through such Centres, citizens will have access to the modern products and services required for economic prosperity”, declared Woog last year at the formal endorsement of the project by the ECOWAS Secretariat in Abuja. The Infinity project also has the support of the International Telecommunications Union (ITU) and New partnership for Africa Development (NEPAD).

“The (ITU) decision signifies recognition of the economic, social and political impact the Infinity project will have in bridging the digital divide in West Africa and accelerating the regional integration of ECOWAS countries by improving trade and business activities among the member states and solidifying social ties among its populations”, said Infinity’s Senior Vice President Regulatory and Business Affairs Mademba Cisse.