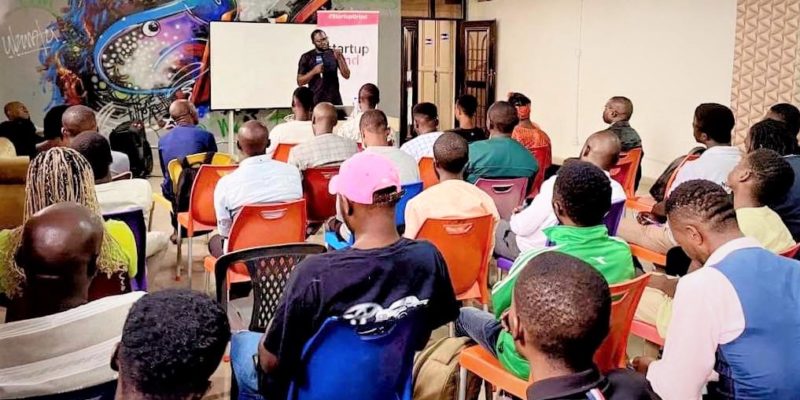 Are we ready for Web 3.0 or the more used term, Web3? What will be the benefits of Web3? How can startups and budding entrepreneurs  leverage opportunities in Web3? If Web2 created billionaires out of the likes of Mark Zuckerberg of Facebook now corporately renamed Meta or Twitter’s Jack Dorsey– will Web3 create mega billionaires in much more dispersed space? How does blockchain, cryptocurrency, NFT, Defi, or Metaverse fit into the Web3 evolution?

All these questions and more were the fulcrum of a recent conversation on Web 3.0 at the Startup Grind Jos inside nHub Nigeria, Jos Plateau state. The conversation was led by the Director General of Plateau State ICT Development Agency (PICTDA), Daser David, who is also the  founder of nHub, the first innovation hub in Northern Nigeria. 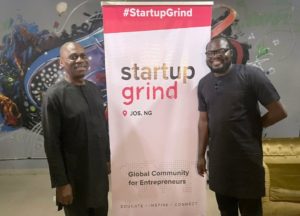 “Web3 is an entire new vista of internet experience leveraging machine learning, artificial intelligence, blockchain, non-fungible token (NFT) and other emerging technologies to change the game outside of what it used to be and create unfathomable opportunities. Web3 is definitely a game changer,” said David to begin the conversation anchored by CEO of Qitech Technologies Limited and Founder of IT Edge News, West Africa’s leading tech-news portal, Olusegun Oruame.

According to Daser, Web 3.0 is the third generation of internet services for “Web 1.0 gave us basic connection, opened us to possibilities in globally a connected environment. Web 2.0 became an enhanced version of  Web 1.0 allowing unprecedented developments and the use of web browser technologies including AJAX and JavaScript frameworks to make business and social engagements more rewarding. Web 2.0 expanded the frontiers of businesses and social realities in ways once inconceivable; creating thousands and thousands of new jobs, careers, businesses not existing a decade back.”

Now, Web 3.0 is redefining the iteration of the World Wide Web (www) based on “emerging technologies notably blockchain,” said Oruame.

Web3 opens new possibilities for use of applications such as Apple’s Siri, which  uses speech recognition techniques and artificial intelligence to search and deliver impressive results, and it is getting better as we speak. Right now, cryptocurrency, NFTs and the metaverse are redefining our understanding of business and investments,” said Daser.

We may regard Web 1.0, the first-generation internet that offered limited access to the web with no interactions, as the static web which was soon replaced by 2.0, the social web, a more collaborative way of using web tools like Javascript, HTML5, CSS3 to build interactive web platforms from Facebook, Youtube, Twitter and the likes. Web2 made the Internet a must for everyone and awakened us to a brand-new world of commerce, science, politics and the likes.

Web 3.0 is a combination of everything that has been the evolutions of the internet from Web 1.0  but now with cutting edge tools or technologies from AI, NFT, to blockchain, etc. in a much more decentralized manner so that there is a considerable shift from data control collected by giants like Facebook or Twitter through social networking in Web 2 to a decentralized web structure where individuals now have control over their own data. Web3 recognises data as the new oil and the individual’s asset before it becomes the wealth of corporate actors.

“Web 3.0 lays the framework to transition to a decentralised and democratised economy, presenting a huge opportunity to level the economic playing field. This new wave of the web is already offering fresh ways for people to work together, transforming how creators monetise their work and introducing new economic models. The idea is, as these moving parts come together, people from all walks of life must have a voice in how this future might look.

This transition will impact us all, regardless of what line of work you’re in – so let’s work together to bridge the knowledge gap from Web2 to Web3,” said Adeoti.

In Web3, creating content or generating data is sufficiently strong enough, maintaining your own dominance in your data space decides the direction of the game.

The conversation affirms that “Web 3.0 as the future of the internet. Web 2.0 enabled users to read and write content on websites and applications. Web 3.0 goes further ahead, allowing us to read, write and interact. At its core is artificial intelligence (AI), the Internet of Things (IoT), and blockchain technology.” 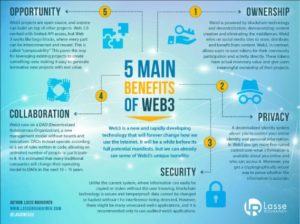 “Web3 is a new and rapidly developing technology that will forever change how we use the Internet. It will be a while before its full potential manifests, but we can already see some of Web3’s unique benefits:”