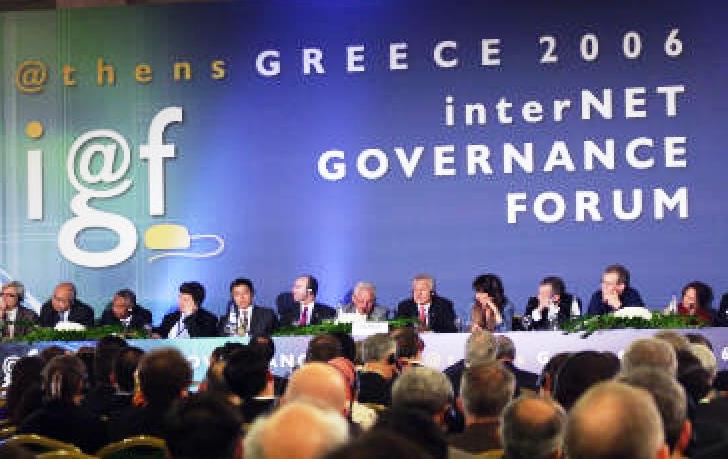 Given that the key philosophy and ideology behind the framing of the internet is for it to be decentralized and global, the argument can be made that its form of governance (internet governance) must of necessity follow the same protocol.

The internet is by definition a highly decentralized network of computer networks globally communicating with each other using the internet Protocol and Transmission Control Protocol (IP/TCP) as a standard; this means that the Net wants to be decentrally governed.

However, I see the World Summit on Information Society (WSIS) in Geneva (in 2003) and now in Tunis trying to either centrally control or govern the Internet; this can be defeatist.

Modeling of the internet, as opposed to the old telephone network, is such that the former is highly decentralized and the intelligence of the network is at the edges of it. In contrast, the latter is a highly centralized network with the intelligence at the core; this is the big differential between the two platforms.

The differential is not just an engineering error or an inanimate discovery but a deliberate human design that seeks to create a distributed yet extremely collaborative platform for sealing global communication and commerce.

The shift was necessary because the historic order which centralized the intelligence at the center of the network and demanded control from same was not sealable in the long term and was actually breakable.

Hence, in a simple way, the argument can be advanced that you level of governance of the internet is commensurate to the “amount” of network and intelligence you contribute to the global common.

This thinking here is a paradigm shift. From seeing the internet as something somewhere that we must connect to (and , since we connect to it, we must be part of the governance of it) to the internet being our network (inter-network) and as we build, we contribute our intelligence and at the same time we advance the governance of the same within the globally agreed order of “self- policing”.

The framing of the internet to be highly decentralized networks with the intelligence at the edges reflects a change in the humans relations culture of the 20th century; in which it was clear that we needed not to be centralized to govern but that we could govern better in a “self-governance” culture based on some code of conduct (for machines, that is IP/TCP)

This decentralized phenomenon has an inherent logic that humans are unique and must be allowed to participate in the global culture so that if the intelligence is at the edges of the network then it means everyone has an opportunity to flourish based on his uniqueness and specialization in the intelligence practice.

Furthermore, the democratizing effect of the internet is a definition of the governance structure where humans have advanced to a point where “self-governance” is better practiced taking into consideration the uniqueness, specificity and most importantly the need to innovate and invent. Innovation and invention are at the core of human civilization and so if we can’t create a society where both are advanced freely within an agreed framework, then we are actually making an argument against human civilization.

We all agree that the internet is a positive platform for globalization so why are we trying to kill the uniqueness, innovation and inventiveness of same- that is what our current centralized approach to the internet governance debate means and I can see a lot of people pushing that front.

My proposal is for us to step back a second as we come to Tunis for the final stage of the World Summit on Information Society (WSIS) and consider again not only our “centralized” approach but the quest to centralized internet and its governance. The engineering argument is “why fix it when it is not broken?” but I advance the argument “why break it in an attempt to fix it?” If you may, let me advance the argument a bit further on the need for the intelligence to be at the edges that is the best form of democracy. Today, any technology that is working on the internet is decentralized or what we call thin-client; centralized approaches don’t last too long on the platform because the inherent logic is defeatist.

So why are we advancing in such a summit a centralized and or closed approach to the governance of the internet? Inclusiveness is better advanced in a distributed environment than otherwise or else we would not be advancing an information society. Inclusive capitalism is predicted on the co-creative ability inherent to individualistic intelligence, so, in the school of co-creation. It is fair to meet your personal need if you can contribute (co-create) to the global commons in an agreed framework.

I can hear the internet wanting to be decentrally governed and this is true of the current structure and order because we all agree that internet governance is a broad term and practiced in deferent forms and forums. For example; the Internet Engineering Task Force (IETF) builds the protocols that run the internet. Coordination of the unique identifiers is currently being handled in a multi-stakeholder public/private partnership known as ICANN, etc.

There are other forms of internet governance that are not addressed like issues related to cyber-crime, spam, child pornography, hate oriented content, the high costs of bandwidth in developing countries etc. Where, when and who would address these issues that are taking an extreme toll on the global common.

Now the question is by centralizing and or controlling the approach to IG: do we address those unaddressed issues or we actually create a platform for them to be totally ignored?

The latter most possible because it is clear that we have different institutions and forums because not a single institution or forum can address all these issues.

The argument can be made that inclusiveness is necessary and can best be served in a distributed environment with an agreed protocol rather than in a centralized one, so let me submit that as we advance the cause in Tunis, let’s be careful not to break the internet in an attempt to fix it.