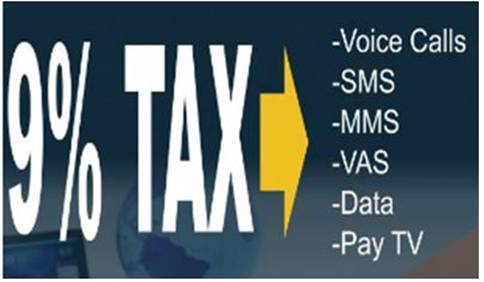 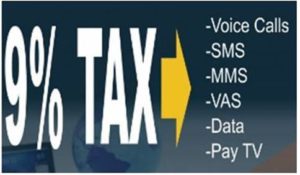 Nine percent tax might be small to cause a fuss but not for many stakeholders in Nigeria’s ICT sector. This is the amount that will be levied on subscribers that use various communication services once the tax pushers have their way within Nigeria’s legislative chambers.

Known as Communication Service Tax (CST) Bill. the Minister of Communication, Adebayo Shittu,  made this known at the stakeholder meeting organized by Lagos Chamber of Commerce  and Industry.

Shittu, said he would be“consulting extensively, painstakingly and consistently on the present issue of the CST Bill so as to advice the President on the voice of the people as well as the right global best practice.”

Should the planned CST bill pass as law the Nigerian government will rake in about N20 billion monthly.However,worriedwarn that the tax will ‎raise the operating expenditure (OPEX) of many companies and eventual muscle out SMEs, that depend heavily on internet and cashless initiatives to thrive.

Also to suffer are subscribers to voice calls, sms, mms, data usage from telcos internet and broadcast services providers which include the pay TV stations.

The tax burden will be heavy on consumers, alarmed industry stakeholders warned and said gains by government will outweigh its deficits. For many experts, high and numerous tax regimes will only translate to more agonies for Nigerians living in a time of high inflation.

If the bill becomes law, about  60 million Nigerians would be unable to afford basic broadband connection, a situation that is likely to threaten Nigeria’s ability to achieve its goal of 30 percent broadband penetration by 2018 – the very reason Shittu argues is warranting the desire to have the CST tax.

“We know that the government is seeking to diversify its revenue base in the light of dwindling oil revenue. But it is also true that the private sector players would like to see an investment friendly tax environment, especially in the light of the prevailing high cost of doing business in the country. It is important to balance these two positions…the ICT sector is very strategic to sustainable growth and development. The sector has witnessed an impressive growth over the last one decade,” said President of LCCI, Nike Akande.

Shittu explained that “his focus on any tax regime will be to align any process that will stimulate the economy, as well as ensuring that the tax system is efficient by widening the tax net and creating an effective framework for tax compliance to protect the poor and vulnerable in the society who none the less have to use telecom services for social inclusion, financial services, among others.”