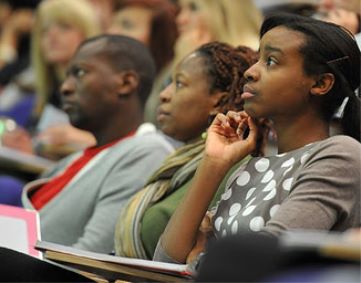 The more religious people are, the lower children in that country perform in science and mathematics, according to new research at Leeds Beckett University.

The research, published today in the academic journal Intelligence, reveals that more religious countries had lower educational performance in science and mathematics.  The study also shows that levels of national development and time spent on religious education played a role in students’ attainment.

The research, led by Professor of Psychology at Leeds Beckett, alongside David Geary, Curators’ Professor in the Department of Psychological Sciences at the University of Missouri, is relevant for the government’s announcement in the budget that it will be investing £320 million into new free schools, including faith-based schools.

Professor Stoet explained: “Science and mathematics education are key for modern societies. Our research suggests that education might benefit from a stronger secular approach. In that context, the current UK policy of investing more money in faith-based should be reconsidered.

The researchers combined data from the Programme of International Student Assessment (PISA), OECD’s Education at a Glance, the Trends in International Mathematics and Science Study (TIMSS), the World Values Survey, the European Social Survey, and the United Nationals Human Development Report.

Analysis of the data sets allowed conclusions to be drawn about international levels of religiosity, schooling and educational performance, and levels of human development (measures in regard to health, education, and income).

Levels of religiosity were determined using representative questionnaires carried out around the world in the World Values Survey and the European Social Survey among the adult population. Levels of school performance in mathematics and science literacy were based on scores from children aged between 14 to 15 years old.

Considering the relationship between religiosity and educational performance, the findings suggest that by engaging with religion, this may lead to a displacement of non-religious activities.  Although relatively few countries have data on the time spent on religious education, it appears that the time spent on religion has a negative correlation with educational performance in mathematics and science.

Professor Stoet explained: “The findings support the idea of a ‘displacement hypothesis’ that when children spent more of their time on religion, they will spend less time on other things.”

The findings also showed that in the large majority of countries, including the UK, women reported a higher level of religiosity than men, but this was not at all related to their educational performance.

Describing the implications of the findings, Professor Stoet said: “Whilst it is already known that faith schooling leads to segregation of communities, it is now also clear that religiosity is actually directly associated with lower performance. Even though the exact mechanisms need to be studied further, my advice for policy makers is to keep education and religion separate and take a secular approach to education and educational policy.

“The role of religion in education has been ignored in many large educational surveys – given the clearly strong role of religion in national education levels, a better understanding of the role of religiosity in children, families, and schools will likely help to give researchers and policy makers the needed tools to determine what is best for children. Given the important roleof religiosity for education, it would make sense for large educational surveys to ask children and schools about religious education, religious practise, and religious attitudes. Currently, this is something these surveys unfortunately seem to ignore.”

He studied in The Netherlands (University of Groningen) and Germany (University of Munich). Before joining Leeds Beckett, he has carried out research at a variety of world-leading institutions, including the Max-Planck-Institute for Psychological Research (Germany) and the Washington University Medical School in St. Louis (USA).