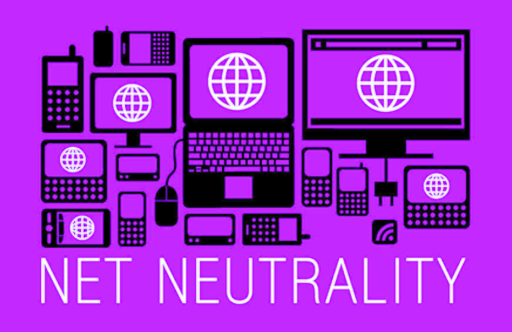 Tens of thousands of media articles have been written about net neutrality, but most stories are devoid of facts. No country can demonstrate that the rules have created more investment or innovation in their local markets.

Strand Consult is one of the few which has studied net neutrality empirically, and its research is tapped by regulators and operators around the world. Strand Consult houses leading internet economists and is the leading provider of empirical analysis and international comparisons on this issue.

RELATED: Everyone talks about consolidation and 4 to 3 mergers, but regulators don´t buy it – Strand Consult

Since reversing net neutrality rules in the US, the US has enjoyed increasing speed, competition, investment, and quality in broadband. Contrary to opponents claims that the reversal would be the end of the internet, Americans consume more internet content than ever, and the digital divide has narrowed to its lowest level yet. Moreover internet content providers have enjoyed record traffic and profits. Note that with the reversal, the jurisdiction of policing broadband was restored from the Federal Communications Commission (FCC) which uses an ex ante regulatory approach to the Federal Trade Commission (FTC) which uses an ex post competition approach.

The US internet also proved resilient through the Covid-19 pandemic. Strand Consult has yet to find any reports of net neutrality violations during the pandemic, a time when operators could have exploited their subscribers by blocking content and increasing fees. However, they did the opposite. Operators waived subscriber fees and made networks more available. This is the opposite of the conventional regulatory wisdom.

The European Union promulgated net neutrality rules in 2015 with the promise of “guaranteeing the engine of innovation” in Europe. However in the last 7 years, the domination of the EU by Big Tech, whether Silicon Valley or the Chinese government’s TikTok, has only increased.  Moreover, the gap between actual broadband investment and the EU’s connectivity goals has ballooned to €300 billion. On the contrary of protecting the EU’s end users, the rules made it more difficult for students to learn from home during the pandemic (and in many cases had to be relaxed to facilitate consumer-friendly zero rating plans). End users regularly experience censorship, surveillance, harassment, blocking, and throttling by Big Tech platforms

The bottom line is that the EU cannot prove that its net neutrality rules have improved EU investment, innovation, or end user rights, but EU policymakers continue to parrot the religion that net neutrality rules are good. Moreover the continue to double-down on a policy that decreases broadband investment, strengthens the market power or Big Tech, and harms end users.

Fortunately one regulator has the courage to look at the evidence and considers modernizing rules, Ofcom. The UK telecom regulator has studied net neutrality for some two decades and has been a leader in rational, evidence-based investigations. Reviewing Ofcom’s submissions to the Body of the European Regulators for Electronic Communications (BEREC) and EU in 2011, 2015, and 2017, Ofcom has generally taken a balanced approach to regulation, recognizing the anticompetitive practices can emerge from any point on the internet, not just with broadband operators. Ofcom also recognized that consumers can benefit from differentiation and flexibility in pricing and traffic management, particularly to realized their individual preferred preferences.

Ofcom has been a leader to highlight the real world issues and challenges for consumers, not technology religion. Consider its report on Wi-Fi. It’s not broadband providers which block and throttle internet connections but rather than home Wi-Fi networks are congested given that the frequencies are shared amongst multiple users, devices, and services. There are multiple Wi-Fi providers using a free, shared resource and hence the user experience degrades. See Ofcom’s report. Traffic management detection methods and tools

Strand Consult has published many reports and research notes on net neutrality. See the extensive library with dozens of articles.

Telecom regulation should be evidence-based and implemented with transparency. The reality of BEREC is that net neutrality rules are made behind closed doors and driven by the ideology of a few regulators from a small group of European countries

Strand Consult has for many years followed how net neutrality rules have been made in over 50 countries and has published extensively in this area. Strand Consult documents that the “public consultations” conducted by the Body of European Regulators for Electronic Communications (BEREC) are perfunctory exercises conducted to gather support for its pre-determined outcomes.

In these three new research notes Strand Consult observes that a lack of transparency is one of the major challenges in BEREC. Read more.

Net neutrality advocates are the new ambulance chasers in EU. They write the rules, create the complaints, and bully the regulators into adjudication. Small telecom operators don’t know what’s about to hit them

An ambulance chaser is a lawyer who follows an ambulance to the emergency room, hoping to make clients out of victims. The proper term is barratry, overzealous prosecution of rules for the purpose of profit or harassment. Having succeeded to promulgate net neutrality rules in 50 countries, net neutrality advocates now use the rules they wrote, to define and submit egregious complaints about telecom operators. Concurrently they pressure telecom regulators to enforce rules, frequently for illegitimate infractions. If regulators don’t respond the way advocates want, then advocates intimidate them with negative press coverage and targeted clicktivist campaigns. The use of such pseudo-public pressure to censor, intimidate, and silence critics is also a form of barratry, and there are rules against it in a number of countries.

The work of net neutrality advocacies is by no means done. Getting rules on the books is just the beginning. The philanthropic foundations that fund net neutrality indicate that they will continue funding. This means that advocacy organizations will lodge complaints about whatever suits the funders’ whim and financial portfolio. Netflix wants price controls for “free” interconnection and overbuilt network capacity. Google wants reduced copyright restrictions. Established advertising platforms want to limit the entry of broadband providers with asymmetric privacy obligations. These and other concerns will fall under the “open internet” grab bag which is designed to deprive operators of their property and force them to provide their services for free.

Strand Consult’s analysis of net neutrality around the world shows that net neutrality complaints to regulators are almost always made by advocacy organization and almost never consumers. The common complaint frames a small or entrant operators trying to differentiate in the market by making compelling offers to their customers. Unsurprisingly real consumers don’t complain about these things. Zero rating and free data are not problematic to normal people who recognize and expect that companies in every industry compete by differentiating their goods, services, and prices. Read more. and Get the free report: The moment of truth – a portrait of the fight for hard net neutrality regulation by Save The Internet and other internet activists.

Net Neutrality in EU after 2 Years: Why operators keep losing the battle against Internet regulation

The EU’s net neutrality law has been in place for more than two years, and the European Commission has scheduled to review its implementation in 2019. Policymakers promised that the law would bring more innovation and protect end user rights, but it appears that the law is doing the opposite. The EU cannot point to new innovation as a result of the law, the law is being used by European regulators to restrict internet products and services that consumers want, and the dominant Silicon Valley platforms have increased their market share in EU. Moreover, the investment gap in EU has widened, and the region is 2 years behind the US and Asia on the rollout of 5G. Read more

The national broadcasting and media companies in France, Germany, Spain, Italy, UK and other European countries should support their local internet providers in net neutrality discussion. They’re in the same boat as telecom companies and have the same challenges. Norway has the right idea with a soft approach to net neutrality

Strand Consult has followed the net neutrality debate for some years. Our report Understanding Net Neutrality and Stakeholders’ Arguments looks at how the debate plays out in different countries and the various stakeholders. Those who believe that “hard” approach, or legislation, is the way to preserve net neutrality are misguided. Any law creates winners and losers and that opens the door to endless challenges and litigation. Given the the theory of rational expectations, any rule that unduly punishes one party creates an incentive for a legal workaround.

Norway has the right idea to pursue net neutrality with a soft approach. In Norway stakeholders including internet service providers, content companies, application developers, consumers, and government come together for an ongoing dialogue to create win-win solutions. More important, Norway has chosen a model which builds consensus between national actors that contribute financially to Norwegian society.

Should you trust Sir Tim Berners-Lee on net neutrality?

Strand Consult eagerly awaits action from the Juncker team, particularly Andrus Ansip, VP for the Digital Single Market. In our earlier research note, we observed that Ansip in his confirmation speech reiterated the goals first described by Neelie Kroes, but were ultimately not delivered. Kroes lost political capital on net neutrality, and Ansip does not want to make the same mistake. He has come out with in support for the notion even though it contradicts his libertarian roots.

Politicians engage in feel-good, look-good populist rhetoric about net neutrality where emotions substitute for facts, but it’s a slippery slope. As has been revealed on numerous occasions, most recently this week in the US with the FCC rejecting two Congressional bills that would enshrine net neutrality in favor of regulating the industry under the monopoly era framework of Title II, net neutrality is probably a Trojan horse for continued regulation of the telecom industry with the ultimate goal to turn private networks into public utilities.

Recently Ansip launched a blog in which he states his hope that many guest writers will compose articles. His first guest is Sir Tim Berners-Lee who writes that net neutrality is critical for Europe’s future. We understand why Ansip wants to align with Sir Tim Berners-Lee; not only did he invent the World Wide Web, he is European. Given that so many Europeans defect to the US to take advantage of its innovation ecosystem, the number of superstar innovators based in the EU is limited. Read more.

Net neutrality is a complex topic and is up for review in many countries. There are many interested stakeholders who have not familiarized themselves with the arguments in the debate. Moreover most lack an empirical framework in which to examine the issue. Many journalists and advocates poison the debate with religious arguments, making a rational investigation difficult.

Strand Consult published the first edition of a 450-page report in 2013 Understanding Net Neutrality and Stakeholders’ Arguments describing the view from operators, regulators, academics, advocates, and others. Strand Consult has also conducted numerous workshops on the issue and speaks at conferences on this subject around the world.

For more than 25 years, Strand Consult has debunked the many myths of mobile industry hype. Strand Consult’s goal is to create objectivity and transparency about net neutrality and help nations develop internet policy which legitimately improves investment, innovation and user rights.

Originally published by Strand Consult with the title: You ain’t seen nothing yet IV – Regulators say net neutrality is great, but not country can point to new investment or innovation as a result of rules. 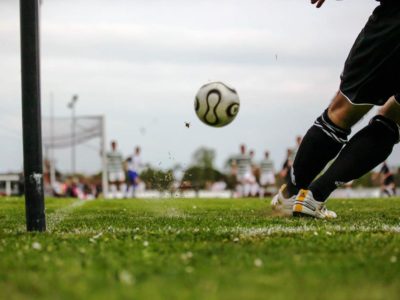 The best football markets to bet on in Nigeria 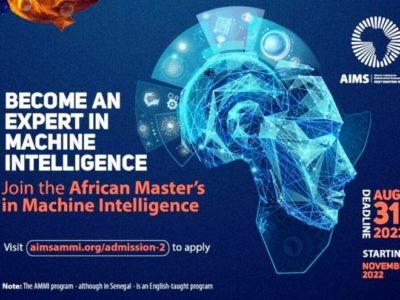 APPLY: Application to the AIMS African Master’s of Machine Intelligence (AMMI) is open! 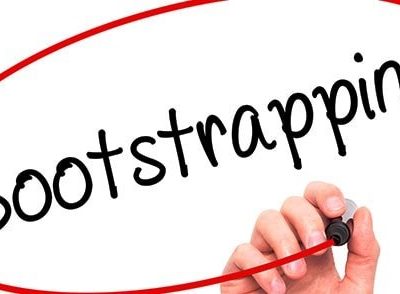 These 25 Bootstrapped Companies Are Thriving In Uncertainty: How Firms Can Find More