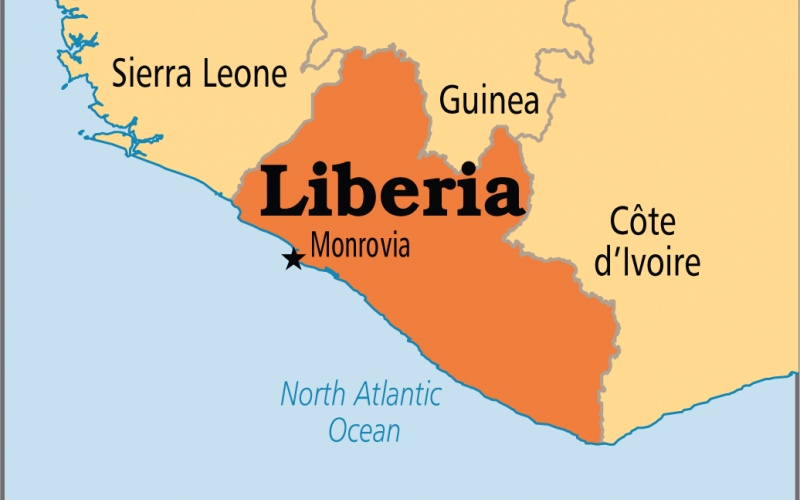 Issues and Approaches for telecom regulators in West Africa and Liberia in particular….. TALKING TELECOM with MAXWELL MASSAQUOI

Whether you are speaking of the Financial Services Authority – FSA (financial services regulator- UK) or the Federal Communications Commission (independent communications regulator- US) or one of the PUCs- Public Utilities Commissions (US- multi-sector regulator at the state level), you are referring to an independent regulatory body of agency that is tasked with making serious decisions or rulings that may have significant bearing (political, economic and social) on ordinary citizens and organizations alike.

These regulatory agencies are vested with mandates that expects from them; independence, fairness and adherence to laws and policies in performing their fiduciary duties.

A decision taken by a PUC in one state could have lasting effect on not only the citizens of that state but also citizens in many other states across the US.

The stakes can be on the extreme high-side for decisions on issues that may have implications beyond that one state. So, it is all too important for the regulator to be extremely certain of the legal and statutory implications of its decisions and the same goes for National Regulatory Agencies (NRAs). In fact, in the US, it is common for state PUCs to go the distance (in legal terms) in ensuring that regulatory rulings made at the state level can withstand judicial, legislative or executive review or challenge from any angle (local, state or national).

A telecommunications regulator or any regulator (market or sector), in attending to market or public issues must work towards eliminating any cloud of uncertainty that may hover around decisions stemming from its actions on such issues. The foundation of any decision or action coming from a regulator should be fortified with well-documented research and analysis of the given issue or issues being addressed backed with a basic legal condition. Even in performing its ‘rulemaking’ function, the regulator (telecommunications) is expected to base its final position on facts and data directly connected to the basic legal and regulatory frameworks or the general terms and conditions under which the sector is regulated and managed.

Across the ECOWAS region, we continue to see our own share of disruptive technologies (CDMA, GSM, EDGE, WiMax, and VoLP) and the seeming regulatory evolution (from monopoly to regulated privatized sector). This technology leapfrog avails a contrasting picture to that of the traditional wire line and monopolistic environments, which had been common throughout post-independence for most of these nations. The current munificent market atmosphere has produced an era of competitive and plural network environments across this region and has presented the need for a new regulatory regime (independent regulation). However, there cannot be a ‘one-size-fit-all’ approach to sector regulations across this fragmented region.

Harmonization could help with the uniform goal of sector modernization across the continent. Market or sector regulations at whatever level (local, provincial, state, national, regional or global) involves the process of rulemaking or issuing orders or findings that are binding on sector players and users of the services rendered by the players. The bottom-line here is decision and the importance of not only making a decision but also ensuring that a decision or position taken by a regulator is based on facts and the law. More important for a regulatory ‘final decision,’ is the need to mitigate its exposure to political risk.

Making a Decision ‘overrule-proof’ when it comes to the business of making decisions, it is very important for a regulator to protect its bases for its final decision. Regulatory decisions or rulings are mainly exposed to a political risk that can be described as overrule risk. Final decisions or rulings by the regulator can be subjected to judicial, legislative or even executive (as in the case of Liberia recently) review. Thus, the stake can be very high in ensuring that regulatory decisions are protected or insulated (through facts and the law) against the toughest of reviews that may result in possible overrule.

Telecom regulations around the universe encompass key issues that can be narrowed to include licensing, interconnection, numbering, universal access and spectrum management. Some parts of the world may consider some of these issues as more pressing than others. In our sub-region, I will say licensing and interconnection are the regulatory issues key in discourses across the regulatory community.

For instance, the case in Liberia just a month where the executive branch of the government had decided to review licensing agreements between GSM operators and the Liberian Telecommunications Authority- LTA (the independent national telecom regulatory body). LTA had just gone through a very tedious and protracted process of getting the operators to accept its regulatory mandates (perceived or real or both) and was finally able to ink a licensing agreement for the segment. This agreement calls for the GSM operators to pay an annual license renewal fee of $300,00 (US) and to have the life of the individual licenses extended for 18 years.

“Government wants to make sure that the Liberian Telecommunications Authority (LTA), which is responsible to license and interact with GSM companies on behalf of the government act within the confine of the laws when it entered into signing contracts with GSM companies “(a senior government Minister in a local newspaper). He stated further, “where if it is found out that the LTA acted out of the laws, these contracts would be reviewed”.

Now, the question here is this, did the LTA exercise its legal mandate as an independent regulator to license these operators? The answer to the question is yes. So, what did the LTA do wrong to warrant this review and possible overruling of its agreements with the operators? Well, the answer to the second question I will say lies with the same branch of government taking the step to review the agreements.

The risk of such a drastic move by government could be averted or mitigated through the enactment by the national legislature of the necessary laws that spell out the functions and duties of the LTA. The LTA may have been a legal entity pronounced by an Act of the national legislature (under NTLA) within the vein of sector reform. However, the failure to back this independent body with a permanent and comprehensive national telecommunications law will continue to make way for its legitimacy to be tested. This may have been a problem of putting the ‘cart in front of the horse’. Plainly speaking, it is a reform sequencing issue, a common trend in our sub-Region.

A well-documented telecommunications law that spells-out the LTA’s statutory mandates on all regulatory matters (licensing, interconnection, numbering, universal access service, consumer protection, spectrum management, standards and technologies) should serve as a shield from political pressure or external interference of any type. This should also help in securing and sustaining the regulator’s structural and financial independence and may even help avert ‘capture’ by any section of society or the sector. The ‘Telecom Sector Policy’ (for Liberia) authored by the World Bank consultant (Hellerstein & Associates) cannot be treated as a substitute to a well-defined and comprehensive telecommunications law or regulatory framework for the nation.

In insulating LTA’s decisions and rulings from outside pressure or negative external actions, the national legislature should heed to the call by Her Excellency Ellen Johnson-Sirleaf (in the President’s annual message to the National Assembly on January 29, 2007) to provide the nation with a ‘comprehensive and permanent’ national telecommunications law. If this new law (drafted by the World Bank) resembles anything similar to what we have seen in Ghana, Nigeria, the Gambia or Sierra Leone, the LTA should have the necessary protection or guard against the many ‘political storms’ (judicial, executive or legislative) that are bound to come its way.

Intervention by any other branch of government on politically sensitive regulatory rulings should be discouraged. Getting mandates from just one section of the political spectrum may very well grant the regulator legitimacy from that section of government or society. However, this may marginalize other political forces within the nation, thus creating an environment whereas the legitimacy of the regulator’s decision-making process is undermined.

In conclusion, LTA’s independence and transparency cannot be based solely on this formal ruling or Act (incomplete) from the former NTLA and the sector policy document authored by Hellerstein Associates.

Rather, the national assembly must proceed with providing the LTA with a comprehensive and permanent national telecommunications law that will give the requisite financial, institutional and political conditions for the agency to gain in practice what is prescribed in the spirit or concept of independent sector regulation. The call by Her Excellency must be answered as soon and as feasible and I think that time is now.