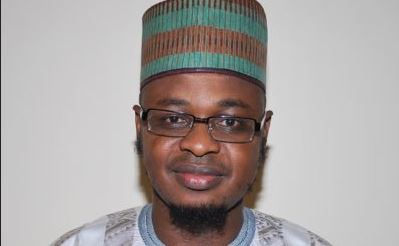 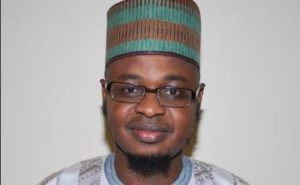 President Muhammadu Buhari  last night appointed new heads for 13 government agencies including that of the National Information Technology Development Agency (NITDA). Dr Isa Ali Ibrahim Pantami is to lead NITDA as its new director general. Here is the profile of the new helmsman.

Dr Isa Ali Ibrahim Pantami,  Professor of Computer Information System at the Islamic University of Madinah, is also a renown Islamic scholar.  He would be the first Nigerian Citizen ever to teach in the university of Medinah in more than 63 years of existence.

He has authored many books on religion,technology, politics and community reconciliations. His publications include:  The Negative impact of ICT on human health. Volume 2, no 2 Jomatech, 2010; An analysis of e-learning in Nigerian and United Kingdom Universities. Volume 2, no 1, International Journal of Computer and Information Technology, India; Information and Communication Technology, A Tool for Fraud Prevention and Detection. Volume 1, no 2 Jomatech 2008; Data Recovery and Back up Disaster. Volume 2, no 1 Jomatech, 2008; Analysis on the failure of Desktop and Laptop Hardware Components. Volume 2, no 1 Jomatech, 2008.
Others in the religious sphere are: Islam and Politics;  Synonimity or Dichotomy?; The Essentials Of Marriage in Establishing An Ideal Family; Month of The Qur’an & Its Virtues; and 63 Steps Of Performing an Acceptable Hajji & Its Spiritual and Moral Lessons.

Dr Pantami has received a lot of awards and appreciations from many individuals and organisations which include those from President Muhammad Buhari on May 29, 2006; the Muslim Corpers’ Association of Nigeria on the 19th January, 2004, Alhaji Ahmad Sani (Yariman Bakura) Executive Governor of Zamfara State on 4th April, 2006. The awards recognized his effort in teaching morality or sincerity and dedication towards his work. He was also honored by the chief Imam of New RGU Mosque in the U.K for his his personal interest and devoting time in spreading knowledge and spending time researching,writing, teaching and giving legal rulings.

He is a Member Shurah, Supreme Council For Shari’ah in Nigeria from 2004 till date. Dr Isa Pantami has many lectures on YouTube and was Chief Imam at ATBU for seven years from 2002-2009.