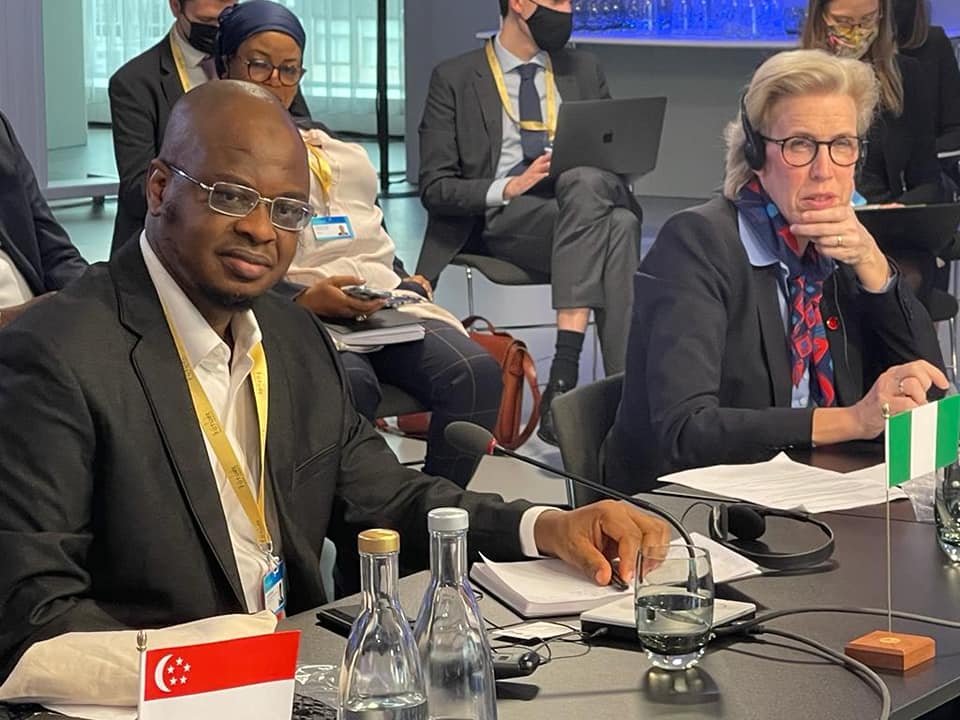 The protection of citizens’ data in Nigeria is not just a secondary legislation but enshrined in the constitution, Minister of Communications and Digital Economy, Professor Isa Ali Ibrahim Pantami, today in London, informed the Forum of Ministers attending the Future Tech Forum.

The UK’s Digital Secretary, Nadine Dorries, delivered the opening keynote inside the Science Museum as host for the Future Tech Forum, setting out the agenda for global tech governance.

According to spokesperson to the minister, Uwa Suleiman, Pantami while addressing his global counterparts at the ministerial gathering with the theme: ‘The Future Of Trust In Data As A Force For Good’ disclosed that the Nigeria Data Protection Regulation (NDPR) issued by the National Information Technology Development Agency (NITDA) January 2019 in pursuant to Section 6 (a,c) of the NITDA Act 2007 is in full effect to build trust between the government and the governed, with non-compliance attracting stiff penalties.

“Nigeria already has some policies in place to ensure the protection of citizens data and to also build trust between government and citizens. There is also a subsidiary legislation called the Guidelines for Processing Personal Data which gives impetus to the NDPR and assurance of confidentiality to citizens. “Thirdly, government also invested in creating awareness among the citizenry to enable understanding of both the regulation and government’s willingness to adhere to the dictates of law regarding confidentiality,” said Prof Pantami.

He further disclosed that prior to the NDPR of 2019, the cybercrimes Act of 2015, provides for “lawful intercept which is only effected when a security institution establishes a prima facie case of a crime, otherwise, the confidentiality of citizens communications and correspondences are guaranteed.

“The Federal Government of Nigeria has further engaged the services of Data Protection Compliance officers (DPCOs) to further create awareness and serve as middlemen between the government and aggrieved citizens in addressing breaches where they may occur.”

The Minister also noted that data collection played a significant role in aiding government’s proactiveness in curtailing and managing the COVID 19 challenge in Nigeria.

In attendance were the sector ministers from the United States of America, China, Korea, Kenya, Japan, Sweden, Senegal, the European Union, Canada, Singapore to mention but a few.