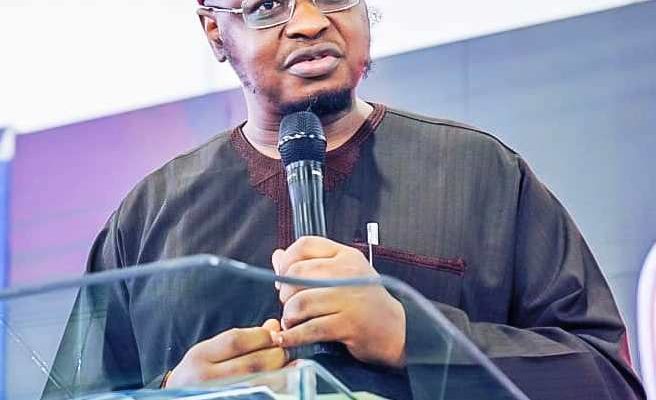 The Minister of Communications and Digital Economy, Prof Isa Ali Ibrahim Pantami, has faulted what he described as a burdensome tax imposition of five per cent tax on the telecom sector.

The minister said his ministry and stakeholders were not duly consulted on the matter warning that the process was ill-timed and undermined government’s desire to be responsive to the challenges in the industry.

His words: “I have not been contacted officially. If we are, we surely will state our case. The sector that contributes to the economy should be encouraged. You introduce excise duty to discourage luxury goods like alcohol. broadband is a necessity. If you look at it carefully, the sector contributes two per cent excise duty, 7.5 per cent VAT (value added tax) to the economy and you want to add more.”

He expressed worries that further taxing the sector could impact negatively on its contribution to the country’s Gross Domestic Product (GDP).

Pantami spoke Monday in Lagos at the maiden edition of Nigerian Telecommunications Indigenous Content Expo (NTICE) organized by the Nigeria Office for Developing Indigenous Telecoms Sector (NODITS) of the Nigerian Communications Commission (NCC) where he also expressed disappointment at the inability of  various security agencies to checkmate kidnapping, banditry and other crimes despite the stringent regulations around Subscriber Identity Module (SIM) card registration and mandatory linkage of same with the National Identity Number (NIN).

Despite the strong willpower and huge infrastructural resources committed to SIM-NIN linkage, kidnappings for ransom, banditry and violence against the state continue unchecked owing to lapses within security agencies as technology is not a ‘do-all’ affair, the minister said adding that Nigerians should ask security agencies why crimes continue to surge.

His words: “This question should be forwarded to the various security institutions because what we have done is to establish the data base which is still work in progress. So far, we have over 86 million citizens in the data base but what I inherited in 2020 when NIMC was transferred to me was only 41 million. And don’t forget NIMC was established in 2007. Within 13 years, 41million and from October 2020 till date, we increased it by 45 million and this is in less than two years more than what was achieved in the previous 14 years.

“We have done that, the data base is available, the record is there, and security institutions have power whenever a crime is committed, they have power to access the data. They have power based on the provisions of the law–Cybercrime Act 2015; they have power for lawful interception. These have been provided by law. So they don’t need to come to us.

“So if they fail to utilize or if they have any complaint, let us know but it is not our job to say: when a crime is committed, let me have the telephone number of the criminal. The Minister of Communications has no power to do that, chairman, NCC board has no power even the EVC has no power. Our work is to provide the data base and it is here for them; verified NIN and SIM and we have done that. From January to date, more than seven months, no security institution has ever confronted me that this crime has been committed, we want you to support us, it has never happened and I think it’s the same with the EVC.

“So our work is not in any way to go into security. Our work is to provide the data base for them and we have done that and they have not complained to us in any way that they are not comfortable with the data base. It is their own work to patronize and if they want to patronize, they don’t even need to come to me.

“For example, if you look at the board of NIMC, you will discover that the members of the board of NIMC NSA, DG, SSS, Police Affairs, CBN, Immigration Service and many more. They are on the board of NIMC. What I have done is only to support them but utilising the data base, I have no power to do. “When you have a visitor, at least you will be willing to provide food and drinks for him but you cannot force him to eat it.”

The Lagos event ends today with the theme ‘Stimulating the Development of Indigenous Content through Innovation and Commercialization.’ In attendance were the Executive Governor of Lagos State, Mr. Babajide Sanwo-Olu, represented by his Special Adviser on Innovation and Technology, Mr. Tubosun Alake; Chairman, Senate Committee on Communications, Senator Oluremi Tinubu, represented, Chairman, Board of Commissioners of the Nigerian Communications Commission, Professor Adeolu Akande, and President, Association of Licensed Telecoms Operators of Nigeria (ALTON), Gbenga Adebayo, among others.