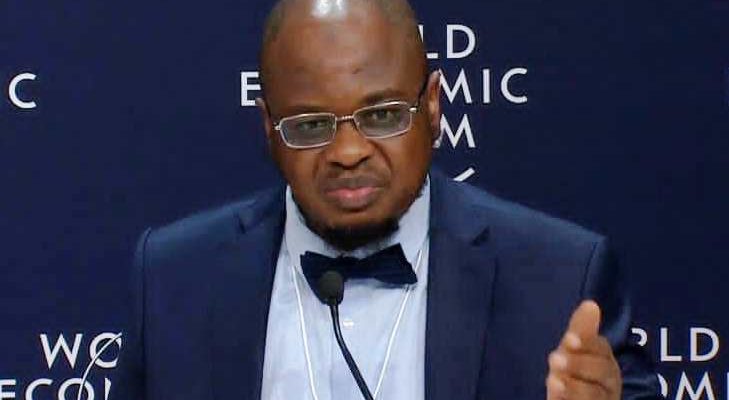 Minister of Communications and Digital Economy, Prof. Isa Ali Ibrahim Pantami, has been conferred with a Fellowship status by the Chartered Institute of Information Security (CIISec). He becomes the first and the only African Fellow admitted into CIISec amongst 89 other Fellows.

CIISec fellowship is awarded to individuals who have earned respect and authority within the cybersecurity community and have demonstrated a commitment to developing the profession.

CIISec (the home of cyber) is the only genuine information and cybersecurity institution granted the Royal Charter of Incorporation status in the United Kingdom since 2018.

The institute has been dedicated to raising the standard of professionalism in information and cybersecurity.

Information from the website of the institute shows the name of Pantami on the updated list of current fellows and the only African amongst 89 other fellows.

According to the institute, “Fellow is the highest level of attainment in the Chartered Institute of Information Security’s (CIISec) membership levels and is there to:

“Meet the aspirations for recognition of achievement and contribution to the profession, within the current membership body.

“Attract those in the profession with higher levels of skills, experience, respect and attainment.”

According to the CIISec, “The process for becoming a Fellow requires a nomination by either a CIISec Board Member, Full member, or a Fellow member, which is then followed by rigorous interviews and evaluations to determine a candidate’s suitability.

“Professor Pantami, who is a passionate advocate of acquiring professional skills that meets the demand of the future work environment (he has authored a book on the topic) joins the league of top cybersecurity experts in the world, and the first from the African continent that is awarded the Fellowship of the chartered institute.

“The Fellowship status also grants Professor Pantami the authority to participate in the accreditation and validation of skills for new members while working alongside corporate members, the academia and government entities.

“It is noteworthy to state that as an independent not-for-profit body, CIISec provides a universally accepted focal point for the cybersecurity profession and has devised a skills framework to measure competencies in the cybersecurity profession not only in the United Kingdom but globally. The institute ensures standards of professionalism for training, qualifications, operating practices, and individuals.

“No doubt, Professor Pantami’s elevation to a Fellow status by CIISec attests to the many contributions he has made in the cybersecurity arena including the establishment of a Cybersecurity Department and the development of its mandates in 2017, leading the efforts for the revamping of the Computer Emergency Readiness and Response Team (CERRT) to a world class standard in 2019 and the deployment of a Computer Security Incidence Response Team (CSIRT) for the communication sector in 2021.

“In addition, Professor Pantami has developed several policies and regulations that are currently being implemented to promote cybersecurity.

“Amongst other policies, Professor Pantami developed and is implementing the Revised NIN-SIM Registration Policy, and the National Policy for Unmasking SIMS and its enforcement, blocking of 2.4 million unregistered SIM cards in 2019, and secured enrolment process for over 87 million citizens and residents in Nigeria and the diaspora, on the national identity database.

“Pantami’s development and implementation of the Nigeria Data Protection Regulation (NDPR) in 2019 and subsequent establishment of the Nigeria Data Protection Bureau (NDBP) in 2021 are also part of his key contributions to the cybersecurity arena which has expanded opportunities for professional practice in Nigeria and provided a learning point for other African countries.

“Indeed, Professor Pantami’s membership as a Fellow of CIISec will provide a continental vehicle for promoting the objectives of the institute especially in Africa, by way of entrenching professionalism, integrity and excellence within the information and cybersecurity community and furthermore, promote the advancement and dissemination of knowledge in the field of information security for the benefit of the public.

“This is in addition to promoting the upholding of high ethical standards by practitioners in the field and adherence to professional standards. As an academic per excellence,

“Pantami’s Fellowship status will foster further collaboration with the academia and be the gateway, especially for African Scholars for consultations and research with a variety of professionals on matters of education or public interest concerning information security.”