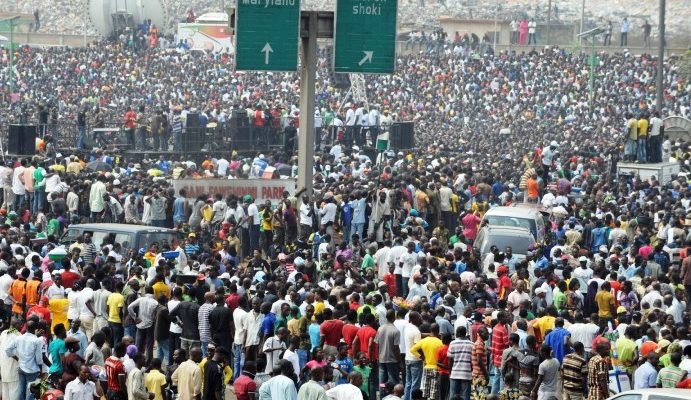 The Executive Chairman, National Population Commission (NPC), Alhaji Nasir Isa Kwarra, has assured that Nigeria will get its first credible census with reliable, quality data through the adoption of digital census technology.

The 2022 Census will be Nigeria’s first Digital Census and will change how the census is being conducted in Nigeria before now. This approach started with the demarcation of enumeration areas covering the entire territorial space of Nigeria using mobile handheld device and geographic information systems (GIS) and satellite imageries to create the digital census maps.

The digital frame produced is a major tool for the planning of human and material resources for the Census. This determines the enumerators’ assignment areas and forms a basis for distribution of materials during the census.

The NPC had in February announced, inauguration of a Technical Working Group for the 2022 census.. The group is charged with delivering the first digital census to the country.

“This new approach will no doubt enhance the credibility of the process by eliminating double enumeration of respondents and improve the accuracy of the census result and the acceptability of the census outcome both locally and internationally,” said Kwarra.

Adding: to “meet the data needs of end-users and ensuring robust population quality for national transformation and global competitiveness, we must all work assiduously to achieve these goals.”

The NPC is statutorily empowered to collect, analyze and disseminate population and demographic data in the country. It is also mandated to undertake demographic sample surveys, compile, collate and publish migration and civil registration statistics as well as monitor the country’s population policy.

“We have the map data in our system androids which, unlike the analogue era will make it very easy for a reliable and credible census,” said Kwarra.

The digital census is based on the UN standard.

Lesotho and Eswatini were the first African countries to undertake digital censuses in 2016 and 2017, respectively, followed by Malawi in 2018 and Kenya in 2019. Others that have joined the list are South Africa (2020), and Ghana (2021). Nigeria plans to leverage digital census for its 2022 census.

The census is conducted every 10 years and Nigeria’s last census held in 2006 where Nigeria’s population was estimated at over 140 million. The result was contested. 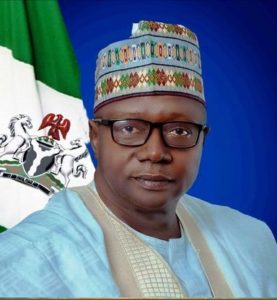 Kwarra: This new approach will enhance credibility of the process by eliminating double enumeration and improve accuracy of ensus result

The digital census adopts the use of Personal Digital Assistant (PDA). The PDA is a small handheld device which allows for census data to be stored and captured electronically to the device’s memory or a central location.

The enumerator asks the correspondents in each building point with unique numbering and listing predefined questions in the PDA and then enters the correspondent’s answer in predefined options or enters a variable with a pen shaped device. After the enumeration process, the data is retrieved from servers or device memory and goes for analysis. Post enumeration survey is then carried out to authenticate the census data, after which dissemination and further analysis follows. 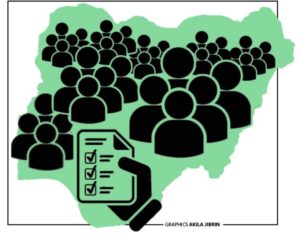 The 2022 Census will be Nigeria’s first Digital Census and will change how the Census is being conducted in Nigeria before now. This approach started with the demarcation of enumeration areas covering the entire territorial space of Nigeria using mobile handheld device and geographic information systems (GIS) and satellite imageries to create the digital census maps. The digital frame produced is a major tool for the planning of human and material resources for the Census. This determines the enumerators’ assignment areas and forms a basis for distribution of materials during the Census. See Census Methodology

A Population and Housing Census (PHC) is of great relevance to the economic, political and socio-cultural planning of a country. Reliable and detailed data on the size, structure, distribution and socio-economic and demographic characteristics of a country’s population is required for policy intervention and monitoring of development goals. The 2022 census will be digital therefore increasing the accuracy of data. For the Census, electronic forms hosted in Personal Digital Assistant devices will be used to capture information on all buildings, households and persons in the EA.

For the 2022 PHC, the recruitment and training modalities will be a major deviation from the old order. A recruitment strategy is designed for an e-recruitment in collaboration with the relevant departments and particularly Public Affairs Department to give the recruitment a wide coverage at the grass root. Again, the training plan also leverages greatly on technology as training modalities adopted include, virtual, self-learning and physical learning. Online trainings are scheduled to hold in phases and this has commenced in earnest.

The field operations for the next census will begin with the building and household listing as usual but digital maps will be fetched online as against carrying paper maps as of old, therefore making the entire process paperless. The output of the house numbering and household listing exercise undergoes validation by matching some key parameters including, number of buildings, building uses among others, in the listing with those in the EAD database before approval is given for enumeration to commence when EA passes the validation test.

A household consists of a person or a group of persons living together under the same roof, sharing the same catering arrangement, recognizing themselves as a unit and acknowledges one adult member as the head. In the 2022 PHC, households are classified under three main categories including, Regular Households, Institutional (long or short stay), Floating /Transient.

A careful consideration has been given to the identification of Internally Displaced Persons (IDP), a new phenomenon in the social strata of the country. It is understood that such persons can be found in varying locations in the country under different circumstances. IDPs have been created as a type of residence in the 2022 Census Questionnaire to ensure that they are captured under their varying population classification. The Census Department from the pre-tests of the methodologies and instruments for the 2022 census have identified that IDPs can be within a Regular household setting, in an Institutional (Long Stay) setting or in a Floating/Transient Population setting.

Sustainable data for the development of Nigeria is at the core of the census while keeping in mind the confidentiality that the Commission owes to the general public. The National Population Commission will destroy names of individuals immediately after analyzing the results. The existing practices and obligations of the National Population Commission will ensure that no information will be released in a way that would enable users of census data to identify any individual or household. Thus, identifiable census information will never be released or shared with anyone.