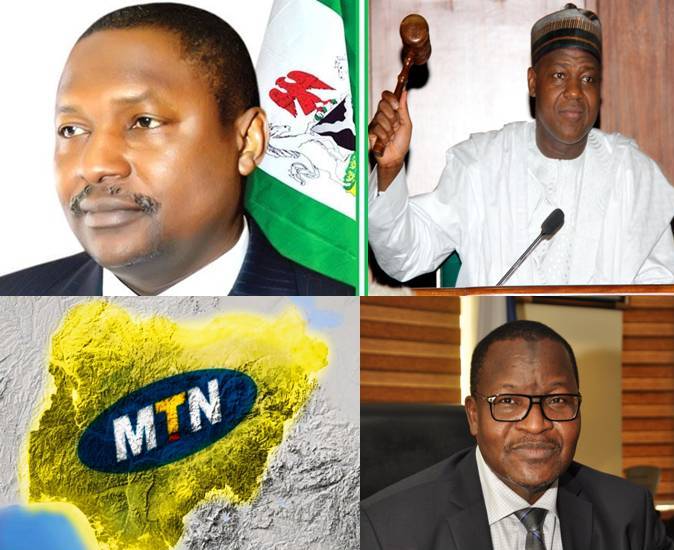 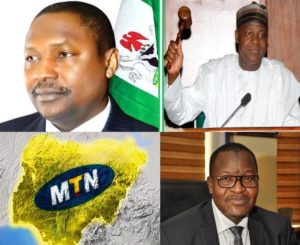 Nigerian law makers have accused the Attorney General of the Federation (AGF) and Minister of Justice, Abubakar Malami, of undue intervention in the country’s telecom sector and querying the reduction of the N1.04 trillion fine imposed on MTN Nigeria by the Nigerian Communications Commission (NCC) to N780 billion. The fine was imposed after the telco failed to deregister 5.2 million unregistered SIM cards on its network.

MTN Nigeria sued the NCC but has since withdrawn the case after making a good faith payment of N50 billion while it seeks an out-of-court settlement with the country’s regulatory authority. Lawmakers have also declared the N50 billion payment as a violation of the country’s extant laws. They want full compliance to the original fine as imposed by the NCC/.

At a House Session, occasioned by a motion sponsored ‘as a urgent matter of national importance by Hon. Ehiozuwa Agbonayinma (Edo PDP)’, angry members of the House of Representatives, the country’s lower chamber, declared both the intervention by the AGF and the reduction as illegal. The law makers have decided to investigate the extent to which the AGF has intervened in the MTN fine imbroglio with a view to establish whether a case of professional misconduct can be proven against Mr. Malami. The House was presided over by Speaker, Yakubu Dogara.

The House Committee on Telecommunications will also determine if the “MTN’s non-compliance with the law that allegedly led to the death of over 10,000 Nigerians killed by Boko Haram,” may make the telecom operator liable for criminal prosecution.

The lawmakers wonder why the AGF, the country’s chief legal officer, would be unaware that “reducing the fine to N780 billion would require an amendment of the NCC (Telephone Subscribers Registration) Regulation 2011 which stipulates a fine of N200, 000 for each unregistered SIM card.”

This is happening just as the AGF is facing similar attacks from Kano, commercial hub and largest city in northern Nigeria from Second Republic member of the House of Representatives and Russian trained medical doctor, Dr Junaid Mohammed.

Mohammed in a bare-all interview with one of the country’s national dailies, the Sun newspaper, accused the AGF of surreptitiously trying to broker unwholesome closures for MTN Nigeria in a way that undermines the independence of the NCC and the Ministry of Communications Technology which has supervisory role over the NCC.

Mohammed who has asked that the AGF be sacked told the Sun newspaper as reproduced by Sahara Reporters (http://saharareporters.com/2016/03/23/junaid-mohammed-buharis-attorney-general-joker-%E2%80%93-he-was-charge-and-bail-lawyer-kano):  “The attorney general of the federation, as far as I’m concerned he[is] the chief law officer of the country, but he is not the chief negotiator on economic or even legal interest of the country. I’m aware that this joker, the attorney general who had been practicing in Kano – he was a charge-and-bail lawyer in Kano; he took it upon himself through some subterranean connection to link up with MTN and literally attempt to quash the fine imposed by the government regulator, the National (sic) Communications Commission.

“As far as I’m concerned, the attorney general has no right to go simply and intervene in a matter that is before the court of law. If he wants to do any part of his job as a solicitor, he can only do so when the matter is referred to him either by the president or by the Federal Executive Council or by any other ministry, department or agency, but he didn’t have the right he imagined he had to go into that matter, which in fact isn’t a criminal matter, but it is a matter which interests are being contested between a foreign body and agency of the government, NCC, the regulator.

“Now we knew what happened, and we also knew that he was so bloody rude in wanting to intervene in a matter, and he didn’t have the courtesy to contact the minister who has the supervisory responsibility for NCC, that is Abdur-Raheem Adebayo Shittu, who is the minister of communications technology. You cannot go and interfere in a matter when there is a substantive minister who is in charge of supervising NCC.

“Besides, the cost of multifarious implications of NCC versus MTN matter, diplomats will be involved as well as the foreign ministers. It is only when the minister of communications technology and the foreign affairs minister decide in their wisdom to refer the matter to the president and the president specifically solicits for legal wisdom if there is any because I don’t see the legal wisdom in the attorney general, and whatever he does, he has no right to negotiate with MTN and it is only when a decision has been made by the president that he can then go and negotiate with the MTN and not just carry his collar and go start negotiation with a foreign company. What happened was a major embarrassment to the government, the president and the country.

“I said about three or four days ago in Lagos that this man should be sacked if he doesn’t have the moral decency to resign. I stand by what I said that the attorney general must resign.”

Mr. Malami has not made an official response to the accusations.

Proceedings were concluded on the matter with resolution “to set up an ad hoc committee to investigate where the AGF derived the power to negotiate a reduction of the fine from and if he was not usurping the powers of the legislature. The ad hoc committee will also investigate if the NCC also has the authority under the law to reduce the fine which under sections 19 and 30 of the law is fixed, and if this did not amount to amending the law without recourse to the National Assembly.”