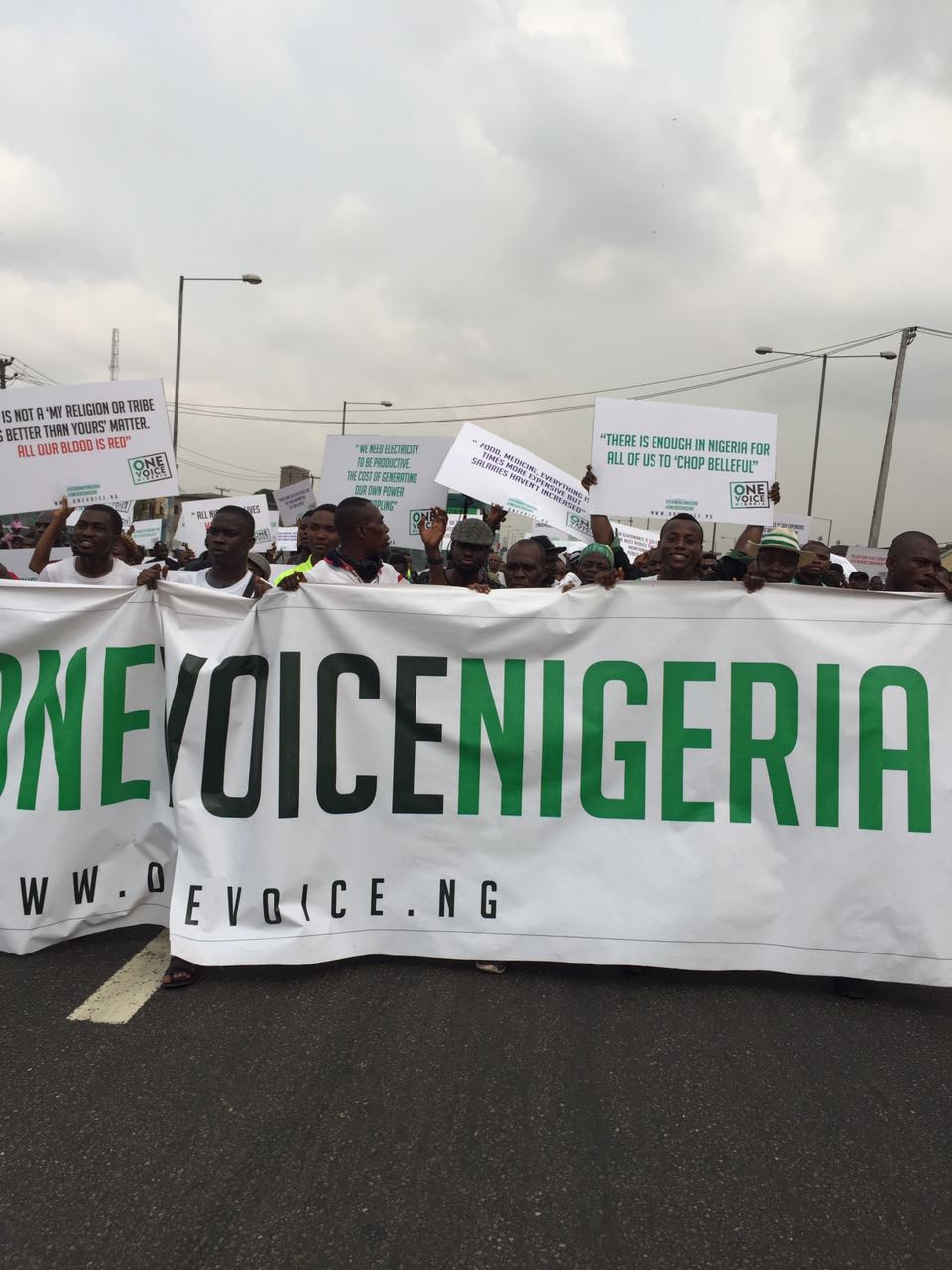 The massive public protest against the federal government records a multitude of angry citizens asking that the government gets more proactive on the economy, demanding better governance. Mobilization for the protest had largely occurred over the weekend via social media with the hashtag #IStandwithNigeria  #OneVoiceNigeria trending.  Pop icon Tuface (Innocent Idibia) who had been the main figure for the mobilization backed out at the last minute having caved in to pressure from government.

Regardless of this setback, some Nigerians vowed to continue with the protest. The likes of Singer and Television personality Charles ‘Charly Boy’ Oputa and publisher of Sahara Reporters, Omoyele Sowore, were seen at the #IStandWithNigeria protest outside the National Theatre with  protesters in Lagos 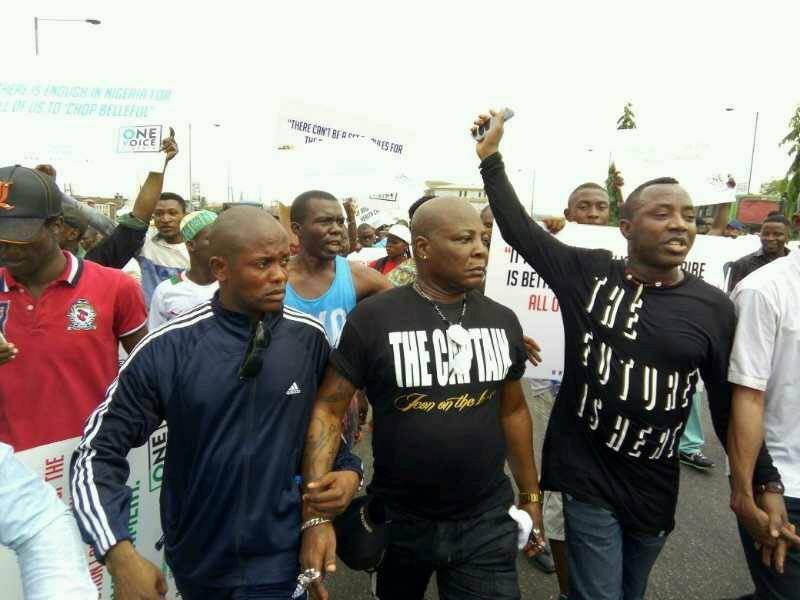 Also present at the protest are Moremi Ojudu daughter to a senior aide to President Muhammadu Buhari, the Commissioner of Police (CP) in Lagos state, Fatai Owoseni and Dolapo Badmus, the spokesperson of the Lagos State Police Command, Naij.com reports.

The protest is also set to take place simultaneously in Abuja, Enugu and Port Harcourt, among other major cities.

Below are more pictures from the Lagos and Abuja protest: 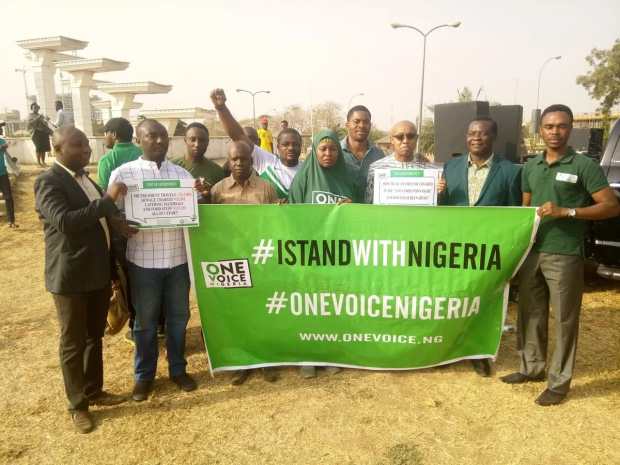 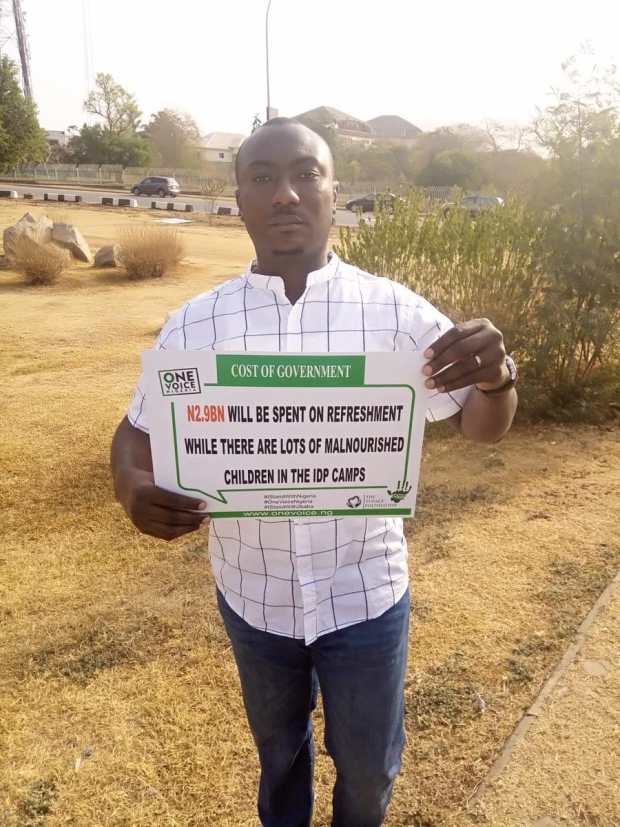 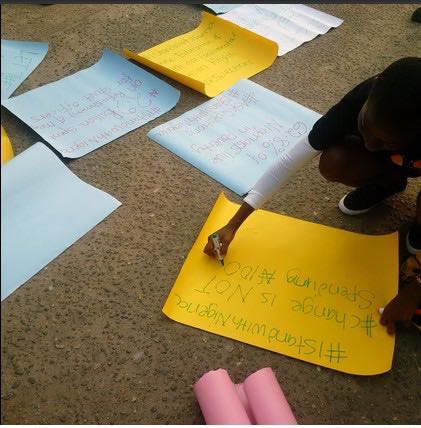 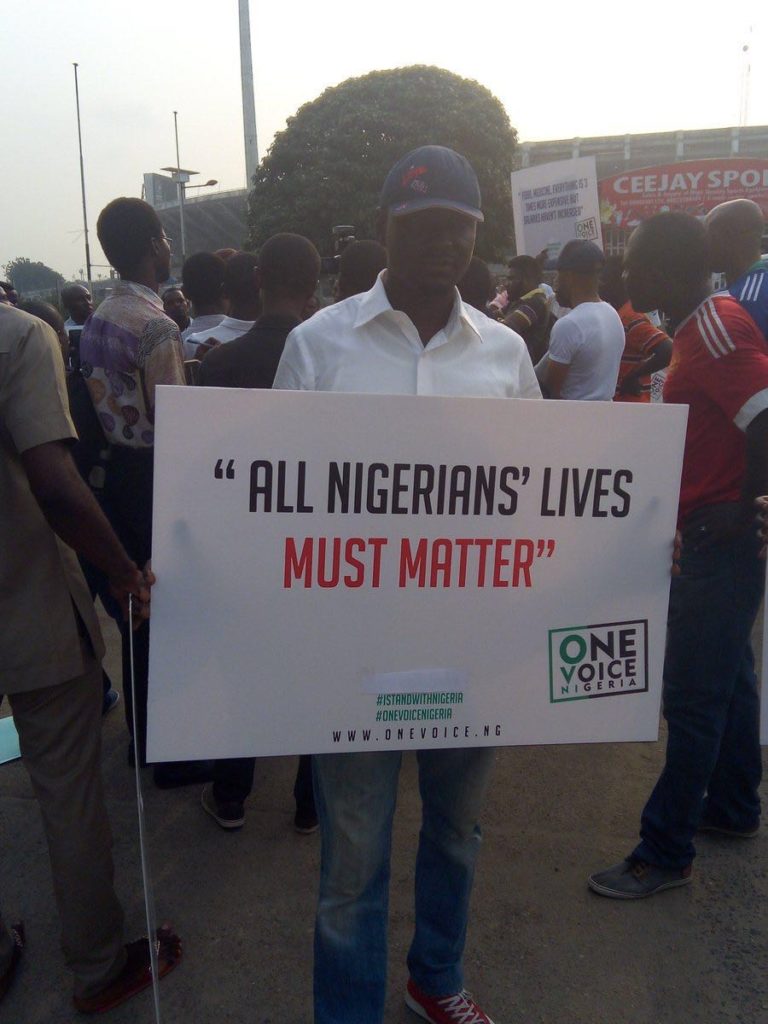