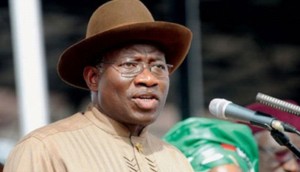 The Nigerian government plans massive investment in covert technology following the incessant attacks and killing of innocent Nigerians by suspected terrorists in Nigeria. The action might mean government would have to play the Big Brother in what might set it on collision course with right activists quick to fight against what they perceive as infringement on the constitutional individuals’ right to privacy.

“That argument may no longer be tenable. The country is practically in a state of war. Government is under obligation to restore peace and bring offenders to justice,” one security expert conversant with the statutes said in Abuja.

Despite several lockdowns of some towns in North Eastern Nigeria to flush out terrorists and the army’s increasing physical combats with terrorists, violence has persisted. Over 75 people were killed by a recent bomb attack in Nyanya bus stations that left security experts aghast.

“Government is faced with the challenge to completely overhaul the security apparatus from being too physical as was the case before now to becoming much more clandestine. Heavy investments in the required IT infrastructures are naturally expected so too are new levels of cooperation in intelligence gathering within the country and with well organised intelligence formations as found in the west and in Israel. We expect to see security forces that can equally melt into the crowd. The age of physical security that instils fear in the ordinary citizenry is over,” said the expert.

Faced with terrorist groups that operate sophisticated communication system, the Nigerian government has been exploring its technology options to put terrorists in checks. The

Nigeria Communications Commission had earlier released a draft of Lawful Interception signalling plans by government to eavesdrop on citizens. The plan has ignited a heated debate on its constitutionality.