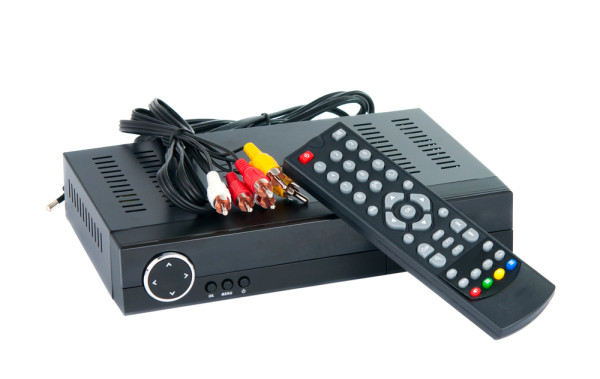 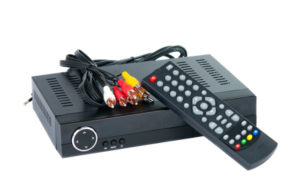 Nigeria’s digital migration dream fell flat on its face owing to lack of political willpower and shortage of fund. Despite all the hips and roaring hopes for a possible catch-up on the June 17, 2015 deadline, Africa’s most populous country of some 180 million had to accept that only a new date of December 2017 would appear more realistic.

It’s not cheering news globally, still.  Only 48 nations, out of the 119 member countries of the International Telecommunications Union (ITU) successfully switched from analogue to digital signal underscoring deep apathy among all ITU member countries that subscribed to the 2006 Geneva agreement but failed to meet the June 17, 2015deadline.  Nigeria, like other African countries, is a signatory to the June 17 deadline.

In Nigeria, apathy was caused by non-committal attitude of government to the entire process. Politicians didn’t see any tangible value in the digital migration process. And they failed to commit to it. “The country’s leaders demonstrated no commitment and provided no fund to actualize the target,” the Head of the DigiTeam, Edward Amana, told the global audience that attended the just ended CTO Forum in Abuja. The DigiTeam is the Presidential Advisory Committee (PAC) set up to drive the migration process.

Angry and frustrated, Amana said the PDP governments of the late Musa YarAdua and Goodluck Jonathan showed no political willpower and created no budgetary allocations for the digital switchover programme to take place. “We often went cap in hands to agencies such as the Nigerian Communications Commission to even embark on simple sensitization efforts. All of 2014 was dedicated to politics by the past government.” Nigeria new target of December 2017 will only be feasible if the new national government now led by the former opposition party commits funding and willpower to the process.

No country in West Africa was able to switchover and a paltry five across Africa switched – they are Mozambique; Tanzania; Rwanda; Mauritius and Malawi; migrated between 2010 and 2015. The reasons for inability of most African government to switch are not unrelated to what killed Nigeria’s digital migration dreams. Governments are unconvinced that the digital migration occupies same value of importance as fighting Ebola or putting terrorists in checks.

If the digital migration process gathers the require vim, most of the countries within the ECOWAS are expected to meet the December 2017 deadline. Because they failed to switch, they virtually provided a soft-landing for Africa’s largest economy.  That much was expressed officially by country’s broadcast regulator, the National Broadcasting Commission (NBC) on its website:

The breakdown by the ITU shows that 58 countries, including Nigeria have the project as ‘on going.’ Another 20 countries were on the ‘Not Ready’ list while 48 countries successfully switched over to digital signals. 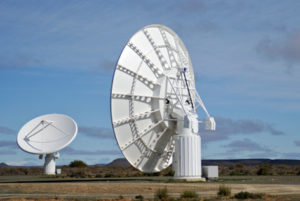 Digital migration allows better utilization of scarce spectrum and would help free up spectrum space used for broadcast but that can be utilized more efficiently for telecoms/broadband. Because the lesser spectrum segment is more dynamic in digital transmission, more programmes can be transmitted;and new innovative services, such as interactive TV, electronic programme guides and mobile TV can be offered – all as transmit (image and sound) in high-definition (HDTV) and ultra-high definition (UHDTV) format.

But because most African countries couldn’tmeet the analogue switch off (ASO) deadline of June 17 deadline, they would not be able to leverage on the digital dividends listed earlier and perhaps, more importantly, telecoms services providers will not be able to launch 4G-LTE, as telecom analyst, Russel Southwood rightly noted in his piece on the continent’s missing gaps on digital terrestrial transmission (DTT).

Where migration has happened, it only shines without colour

But even in African countries where DTT has been launched, the transition is not without controversy thus raising questions both over the validity of the process and its sustainability.

Critic Jaindi Kisero recently in an article with the title: ‘Digital migration across Africa is all about dubious deals with Chinese’ writes that “Star Times has basically managed to dominate the digital migration space in Africa, driving the process in Malawi, Zambia, Kenya, Nigeria, Ghana, Rwanda, Tanzania, Uganda and many more…. But where is national interest in allowing the Chinese to control broadcasting in Africa?

“The deal Star Times has put on the table for the Ugandans has been mired in controversy. In Ghana, the authorities last month announced that they had cancelled the digital migration deal with Star Times.

“Indeed, this conflict is about the tactics and games which the Chinese company is employing as it angles and positions itself to capture and control the whole digital migration process on the continent.

“Star Times has been straddling the continent, cutting opaque deals with ministers of communications, telecommunication regulators and State-owned broadcasters, gobbling every deal in sight and leaving behind loud protests by incumbent broadcasters.”

In Ghana, where the government had cancelled the digital migration deal with Star Times, Ghana’s communications minister declared:  “It is increasingly clear that Star Times and China Eximbank will not be able to support Ghana’s migration from analogue to digital terrestrial television broadcasting by the deadline.”

In administering the digital migration process in many African countries, Star Times has been accused of selling out-dated technology. In Tanzania, Star Times midwifed that country’s switchover on the first generation T1 technology which allows only minimal spectrum to be freed up. To maximize its business gains, the company avoided deploying the more advanced T2 technology that frees more spectrums and offer more advanced broadcast features. What this means is that Tanzania is already in a digital migration miasma despite its much acclaimed digital switchover. The country would in no distant future upgrade to T2 and force its citizens to acquire T2 set-up boxes (STBs).

Star Times already has a working relationship with the state owned Nigerian Television Authority (NTA). But authorities have so far turned down the offer by Star Times to midwife the country’s switchover plans. While the Digital Implementation Team has advised that NTA be made the country’s sole signal distributor, other stakeholders in Nigeria’s already deregulated electronic media market have kicked against the plan which has the implication of making both NTA with Star Times, regulator and operator at the same time.

Stakeholders are warning that a policy-thrust that makes NTA the custodian of all distribution frequencies in the country, puts all other operators at risk of kowtowing to a monopoly-operator: Star Times with NTA. As Abeokuta based broadcast engineer, Damilare Afuwape, writes recently on ‘Another look at Tanzania’s digital migration,’ “if NTA is ratified as the signal distributor, the implication is that all operators will depend on the NBC for licensing and the NTA for frequencies…. And with NTA as sole public signal distributor, it will have unrestrained control over operators.”

Even more worrying, notes Afuwape: “[Nigeria] would have effectively handed over a matter as sensitive as broadcasting to a foreign company…. The NTA is the junior partner in its partnership with Star Times.”

Nigeria’s journey to its December 2017 deadline has truly just started.