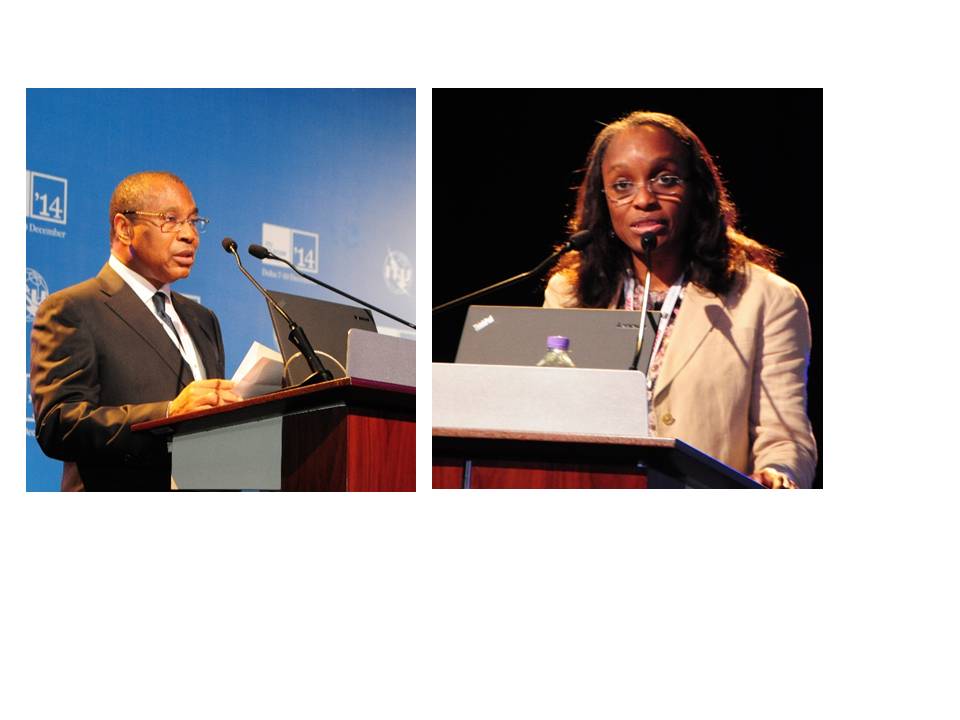 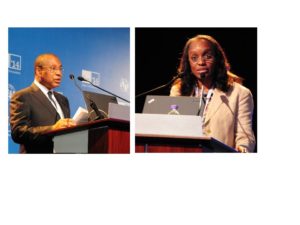 Nigerian government has said it would intensify plans to achieve an all-inclusive penetration of telecommunications to every part of the country, despite attaining active telephone line connectivity of over 134 million and a tele density of 96 percent. At the just ended ITU Telecom World 2014 which held in Doha, Qatar, government said it would provide further incentives for private sector investment and also address the infrastructure deficits.
Communication Technology Minister, Dr. Omobola Johnson told a large gathering of telecoms investors, friends of Nigeria and the global Information and Communication Technology community in Doha, that the theme of ITU Telecom World 2014, ‘The Future in Focus, ‘resonates, with the vision of the Nigerian Government as we work to build a better and brighter future for our youthful population especially using ICT.”

The Minister who was addressing the audience at the Nigerian sponsored Leaders Lunch, inside the Qatar National Convention Centre, venue of the ITU yearly event, told the audience that in the last three and a half years since the creation of her Ministry, Nigeria has been putting in place key policies and initiatives that set the foundation for the widespread use of ICTs by government, by businesses, and by citizens to further their progress.

“And we are seeing the impact of our efforts in the continued growth of the sector in Nigeria, its contribution to GDP and in the contribution of ICTs the efficiency of other sectors of the country.

Earlier in his welcome address, Executive Vice Chairman, of the Nigerian Communications Commission (NCC), Dr. Eugene Juwah, said he was particularly excited that the audience made out time to be at the Leaders Lunch “which presents us opportunity to interact with you and update our stories and share our experiences.”According to Juwah, “we will ruminate on our ICT potentials and opportunities as a nation, which we believe you may have influenced in one way or the other as opinion leaders in the industry.”

The NCC boss said Nigeria being the most populous nation in Africa with over 170 million people and having made giant strides in ICT development, it is obvious that alot must be happening in the industry. He said top on Nigeria’s desk today is broadband availability and usage. Hence Nigeria’s theme in this conference: ‘Broadband Nigeria, Enabling Access, and Transforming Communities.’ He said President Goodluck Ebele Jonathan has graciously approved an inclusive national implementation plan for effective nationwide pervasive broadband deployment.

“In February 2014, we successfully issued a wireless broadband   licence for the 2.3 Gigahertz frequency spectrum band. Regional fibre optics infrastructure deployment licence is   currently being finalized for Lagos and the North Central region including Abuja, the capital of Nigeria. After that, the other five regions will follow thereby creating huge investment opportunities for both current and new  investors, and both small and big ones.”
He said although over 75millon people have access to the internet,they currently browse on the narrow band and with our current maturity on the voice segment,the data market remains untapped. Juwah told his audience including the out-going Secretary General of the ITU, Dr. Hamadoun Toure that a lot more potentials and opportunities exist in the financial sector where banks are yawning for broadband services to enable their indispensable data services requirements. The education sector too has huge demand for broadband data applications and so do government agencies.

Sheikh Abdullah Bin Mohammed Bin Saud Al Thani,Chairman of the Board of Directors Ooredoo Group took the opportunity to highlight the need for partnership and collaboration between the world’s key players, saying, “Amongst us are many of the world’s largest technology companies. We are joined by any high ranking government representatives, policy shapers, from across the region and the world, as well as a new generation of entrepreneurs and app-developers. Feel our power, our combined experience and know how.  Together we can make the future happen sooner.”

“We are extremely proud to host a great number of telco corporations as an important hub,” said H.E. Sheikh Abdullah bin Nasser bin Khalifa Al Thani, Prime Minister of Qatar in his Opening Ceremony address. “To meet here and to debate is an opportunity to exchange ideas about new opportunities which can contribute to changing and transforming the world.”

“With the increasing interconnectivity between sectors, noon can work alone, as in the past,” said Dr Hessa AlJaber, Minister of Information and Communications Technology (ictQATAR). “We must work together to help bring thesetechnologies to the rest of the world.”

Highlighting the tremendous potential of technology as a tool for improving lives, Touré noted in his opening address: “Never before inhuman history have so many developments in technology, in science and business come together with such tremendous potential to improve the lives of people everywhere. Never before have the challenges of ensuring that the changes happening are fair, equitable and ethical been so considerable.”

Organized by ITU, the United Nations Specialized Agency for ICTs, the event is hosted by the Government of Qatar, with the support of leading international communications company, Ooredoo. The Opening Ceremony marked the beginning of an action packed few days of high-level debate, networking and knowledge-sharing, with the Leadership Summit on the future  launching the debate in the afternoon of 7 December. The Forum brought together the industry’s leading names who explored three major scenarios of disruption,cross-sector partnerships and the intelligent future. Sessions took a variety of formats from panel sessions, keynotes and high-level debates to global media-moderated Big Conversations.

The show floor highlights technologies and investment opportunities through the presence of National and Thematic Pavilions and Industry Showcases. Top global players include Alcatel Lucent, Huawei, Intel, LS Telcom, Nokia, Ooredoo and ZTE, along with countries from across the world such as Argentina, Azerbaijan, China, Nigeria and the Smart Africa Zone (Kenya, Uganda, South Sudan and Rwanda).

Innovation was a core component of the event.The Innovation Space hosted the Lab, featuring state-of-the-art demos and technological, social and design innovations. The show floor is also home to the Young Innovators Competition finalists, young social entrepreneurs between ages 18 and 30 from around the world with innovative digital solutions with positive social impact