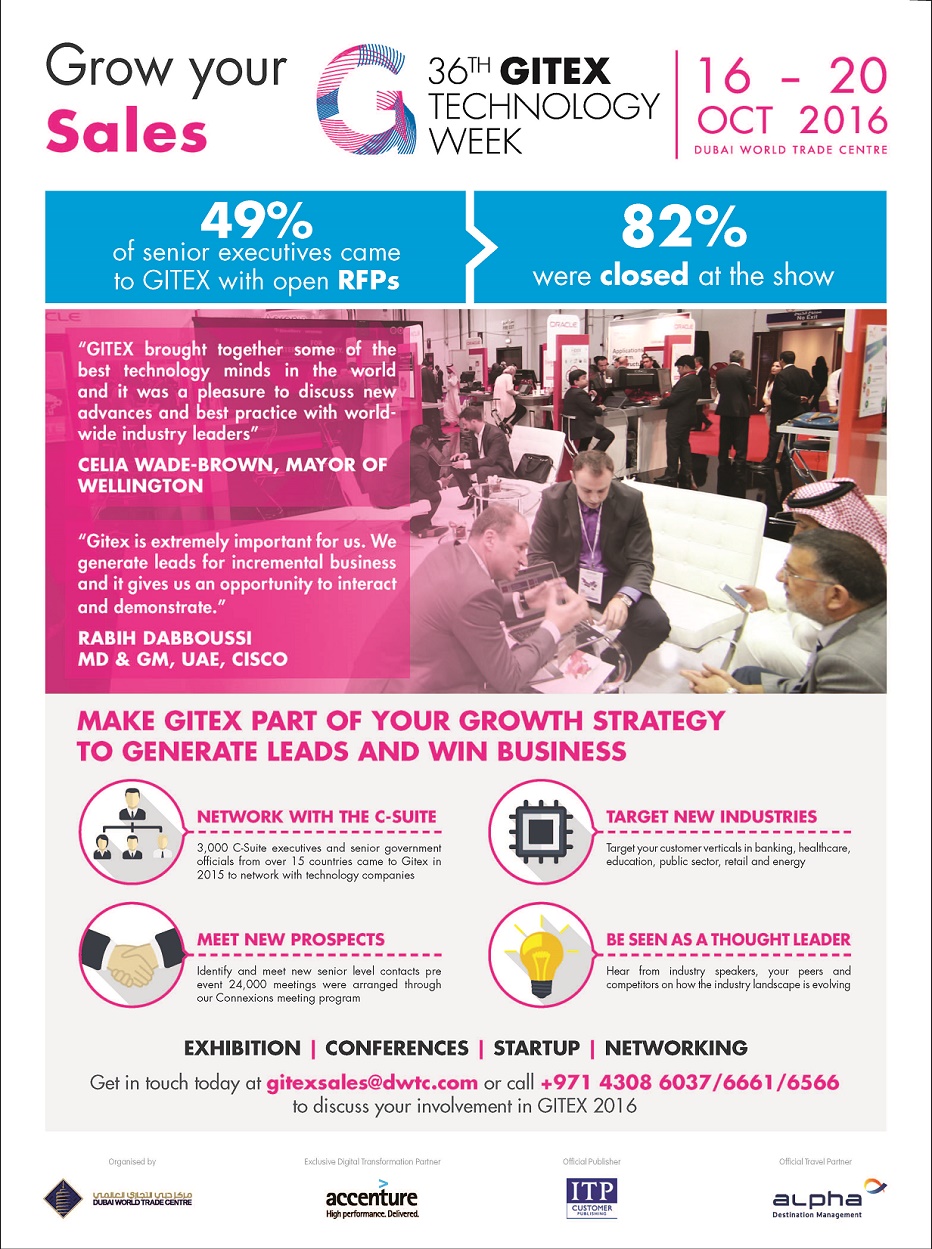 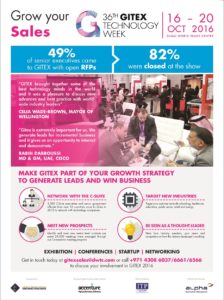 The Gitex 2016 Local Organising Committee (LOC) has been inaugurated in Nigeria by the acting Director General of the National Information Technology Development Agency (NITDA), Dr Vincent Olatunji even as the country also officially kicked off plans to select the country’s startup champions to pitch at the Gitex STARTUP MOVEMENT.

About USD 1 million is up for grabs for the winning startups. Nigeria through the NITDA plans to promote a minimum of 10 startups to pitch for business at this global startup gatherings expected to have over 400 startups. The Gitex Week 2016 features the Innovation Hub around which the Gitex STARTUP MOVEMENT has been designed to house competing startups in the Showcase Pods.  The global startup ecosystem will be convening at GITEX 2016 with more than 2,000 entrepreneurs, investors and mentors from over 30 countries expected to provide the fillip to do deals on technology innovation.

“The NITDA will theme its 2016 Gitex participation on the promotion of ICT startups as the country aggressively pursues foreign earnings in non-oil sectors,” said Dr Olatunji in Abuja during the Gitex 2016 LOC inauguration even as he tasked the LOC members to commit time and wits to ensuring that Nigeria achieves its objectives for being part of the Gitex event, now touted as the biggest technology event in the Middle East, South East Asia and Africa.

“Our participation in Gitex over the years has really benefitted the country in many ways. It has attracted investments to the country; and two of our startups that showcased their innovation at last year’s event have been engaged by a Malaysia company. I keep on telling people that ICT is the credible alternative to oil. Through ICT the country could gain quickly what it had lost to oil in the last few years since the oil price started nose diving. So, I urge this LOC to do this work diligently as if there is no tomorrow. You may be helping the country back on the path of honour and pride”, said the NITDA’s boss.

As part of the efforts to thicken the value of Nigeria’s participation and enlighten potential investors at the five day event on the country’s non-oil sectors, he said the country would organise an ICT Investment Forum.  About 150, 000 trade visitors from over 144 countries are expected at Gitex 2016. “This is a ready marketplace to sell Brand Nigeria and encourage more foreign investors to stake their investment in Africa’s largest economy,” he added.

Dr Olatunji urged the committee headed by Mr Muhammed Idris Yelwa to select the best startups able to showcase the talent, untapped skill-set, budding entrepreneurship and the willpower of the new Nigerian political leaders in order to further make the country attractive to foreign investors.

Nigeria was the official Country Partner for Gitex 2014. Gitex Technology is the premier Technology event in the Middle East Africa and South Asia (MEASA). The technology trade show occupies over 78,000 sqm of space, and records over 145,530 trade visitors from 144 countries in 2015. Also, more than 35,000 visitors came from Africa in the 2013 edition of Gitex where Nigeria premiered its presence by setting up the Nigerian Pavilion which was promoted by the Nigerian Government through the NITDA.