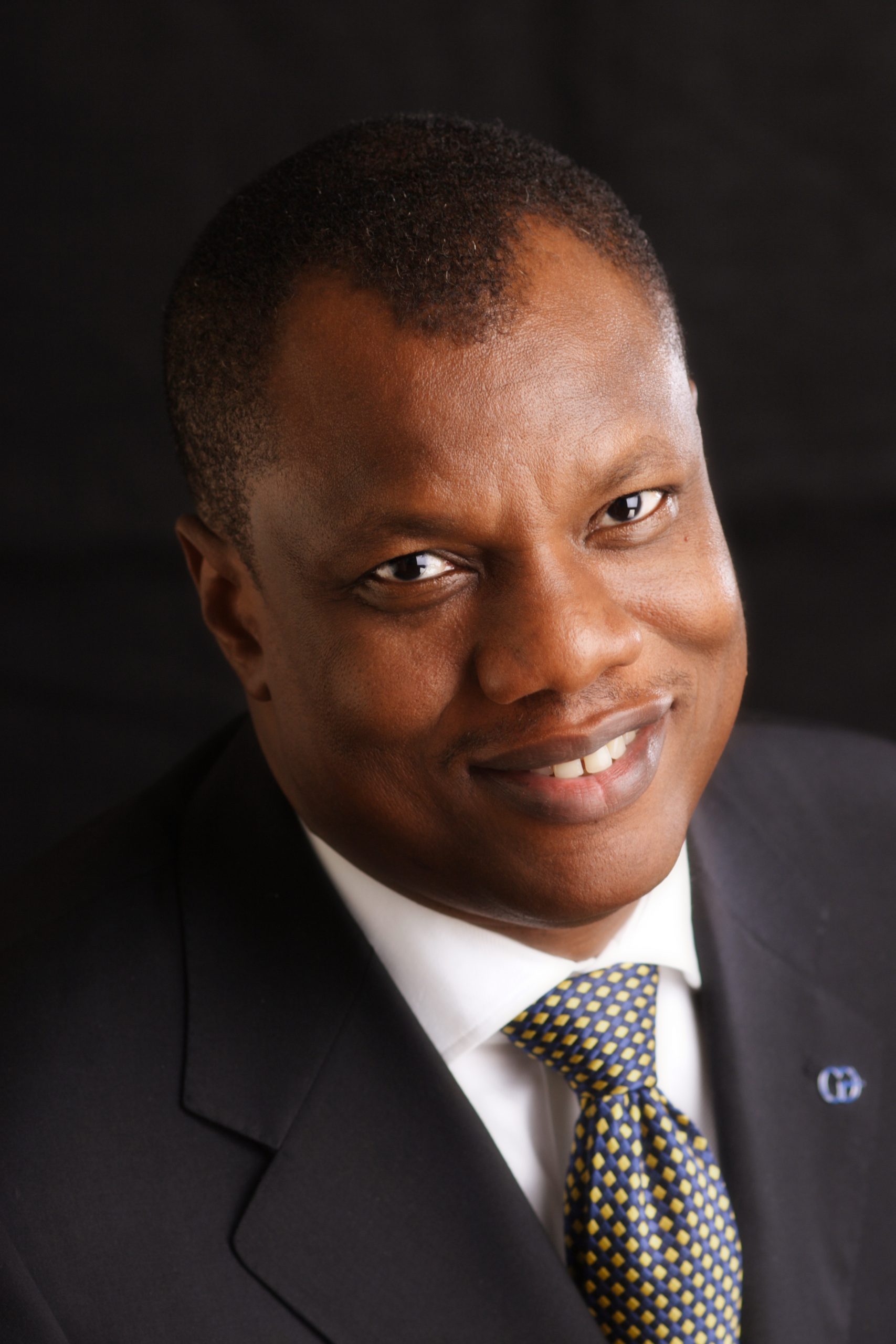 The rule of law is more about enforcing existing rules than creating new laws. Any society that does not abide by some code of conduct whether in public or private matters tends to become chaotic, and virtually ungovernable.

This is precisely what happened when the Economic and Financial Crimes Commission (EFCC), and the Independent Corrupt Practices Commission (ICPC) simultaneously went into deep slumber until being surreptitiously awoken with the coming of the new Government of President Muhammadu Buhari.

According to YuryFedotov, Executive Director, United Nations Office on Drugs and Crime, “Corruption represents a major threat to rule of law and sustainable development the world over. It has a disproportionate, destructive impact on the poor and most vulnerable, but it is also quite simply bad for business”.

There is something disturbingly eerie about not enforcing the rules. I am quite certain that if you have lived in any of the big cities in Nigeria, you may have had cause to ironically question your sanity when you sit dutifully and patiently in your lane on a busy traffic day and you see what should ordinarily be the folly of ‘mad people’ driving against oncoming cars to beat the traffic. You can’t help fuming inwardly when they suffer absolutely no consequence, and as a result, car after car drive past you to partake in the maddening spree. The smart aleks, when challenged, cursorily pass their actions off by reminding you that “this is Nigeria”; whatever that is supposed to mean. That is where normality seems crazy and madness assumesthe new normal. The whole society eventually descends into a macabre dance of impunity. Conscience is thrown out, and on sale to the highest bidder.

To buttress the importance and impact of enforcement, consider that Insurance regulation in Nigeria, vide the Insurance Companies Act of 1961 was not far behind Banking regulation vide the The Central Bank Act of 1958 (which was only fully implemented in July 1959). While our banks have thrived, expanding across the continent and beyond, mostly due to stringent regulation and effective supervision, insurance has fallen very far behind because the regulators have not made the required bold calls. Very recently, Honourable Mohammed Rafiu, House Committee Chairman on banks and other financial institutions shockingly revealed that only 30% of cars in Nigeria are insured. And that there is flagrant disregard for the five other compulsory insurance categories in the country.

Nigeria is a classic example of a nation rich in laws but weak in enforcement.

This is why the recent spates of regulatory enforcement brings good cheer to locals and foreigners alike, albeit some of the fines for infringements have tended to be quite excessive; most especially the $5.1b record fine on GSM giant MTN, by the Nigerian Communication Commission (NCC) for mobile phone SIM card registration infractions. There have been other high profile regulatory actions by the Standards Organisation of Nigeria (SON) on Guinness and the Financial Reporting Council (FRC) on Stanbic Bank.

Enforcement of regulation however, must be undertaken within the full ambit of the law and respect for fundamental human rights. The right of appeal must be guaranteed up to the highest level of jurisprudence.

The blind application of the law without regard to status, colour or creed is what enshrines deterrence and increases the value of the real estate of the postcode. There is no doubt that the recent imposition of a hefty $15b fine by the US Government on German carmaker, Volkswagen, for emission results falsification will cause contemporaries to think twice before yielding to any temptation to similarly cut corners. 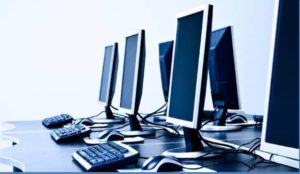 It is the pursuit of deterrence that drives developed countries from sparing any high ranking members of the society who fall foul of the law, not least their Presidents, who are rather held to higher account. The celebrated case of former American President, Richard Nixon in the Watergate scandal is a good example. On this score we have a lot to do to change the negative perception of the Nigerian (and indeed African) postcode. Creating an orderly and equitable society is more edifying and sustainable than the sheer desperation displayed by our brothers and sisters who feel stymied by a skewed society, thusseeking to migrate to other climes by any means possible, not excluding dangerously hanging from the tyres of an aircraft, to braving raging storms at sea on makeshift rafts.

As Nigeria turns to ICT and Telecoms for the next wave of economic growth, in the wake of the oil price collapse, it is imperative that we create an enabling regulatory environment that will attract entrepreneurs and enable them to thrive. In ensuring an enabling environment, I shall like to deviate from the well-worn songs of inadequate power supply and other infrastructure deficiencies and rather focus on one critical area where we could very easily be blindsided; the role of the National Office for Technology Acquisition and Promotion (NOTAP).

NOTAP was established in 1979 in response to Nigeria’s need to facilitate the emergence of a strong Innovative,Science and Technology based economy. NOTAP systematically tracks the inflow of technology into Nigeria and strategizes for its adaptation and domestication. Essentially, NOTAP is the gate-keeper that approves all foreign exchange payments to global technology suppliers.

Specifically with regard to the Software space, and following reports of flagrant flouting of the rules of the NOTAP Act by the major global software vendors, NOTAP along with the CBN convened a workshop in September 2007, with all major software vendors operating in Nigeriato reiterate the rules and emphasize the need for strict adherence.

Part of the communique following the workshop included the following: Every foreign software licensor should set up a Technical Support Centre for software development beyond their current sales and marketing offices. Review the Annual Technical Support(ATS) fees from 10% of cost of the software license to a percentage ranging from 15% to 23%. A minimum of 40% of the ATS fee should be paid to Local Value Added Resellers (VAR) in local currency and the VAR must be indigenous. Collaboration with NOTAP to develop a checklist to ensure that Local VARs are not mere ‘commission agents’ but actually acquire marketable competent skills from the foreign licensors with a view to developing variants of the software which can complement the foreign software to meet the needs of the local market, while shouldering their fair share of the workload.

While the global vendors ensured that they benefitted from the doubling of ATS fees from 10% to 23% they did nothing about the setting up of technical support centers in the country nor ensure that 40% of the increased ATS is paid to local companies who are the channels for delivery of the technical support services. Once again, lack of enforcement is at the heart of the collapse of an otherwise fair trade regulation. Unfortunately, this is not without the mal-acquiescence of the local companies who will rather engage in cut throat competition by sabotaging the system to collect a paltry 5-10% of ATS fees than insist on the NOTAP stipulated 40% that had been instituted to protect them from unfair trade, and help them to grow and thrive and contribute to the economy.

What the indigenous companies do not realize is that this unhealthy competition and sabotage of the regulation can only lead to a race to the bottom.Take a typical case where a local software Value Added Reseller (VAR) receives a paltry 5% of the ATS fees, and is also expected to bear the full tax liability on the transaction (including that of the global software company who pays absolutely no taxes in Nigeria on the transaction). Now the applicable withholding tax on Software and Services is 10% of the transaction value. In essence, the local company has already incurred a deficit of 5% in operating margin (a clear and outright loss, without even factoring in operating expenses). This is one of the main reasons why most of the local companies are dying at a time when many economies are booming on the back of technology entrepreneurship, think Google, UBER and Alibaba.

This scenario however, does not entirely exonerate NOTAP, as they are charged with enforcement of the regulation and have all means, power and instruments of sanction to achieve effective enforcement. What seems lacking is the will to succeed at our jobs upon which the sustainability of the polity depends; and this does not apply to NOTAP alone. Many examples abound.

As a nation, we have two choices; throw our hands helplessly up in the air and justify our tardiness with the cliché ‘this is Nigeria’, or we can buckle down to enforce the rules and make our country an attractive postcode.