Hate and divisive speeches are taking over Nigeria’s social media ecosystem as the 2015 elections draw nigh raising concerns among many stakeholders on the negative impact this could have on national cohesion and nation building. Some are clamouring for the criminalisation of hate speeches warning that hate speeches could undermine the forthcoming 2015 general election and lead to violence as was experienced in the post 2007 elections in Kenya. And in the post 2011 Nigerian Presidential elections where inflammatory speeches by contending parties immediately after the election results were announced led to violence and the killings of many in several parts of northern Nigeria.

In 2013 and as part of its plan to avert a repeat of the post-election crises of 2007 in which about 1,200 people were brutally murdered, many of which were burnt alive, the Kenyan government announced it was monitoring social media and would impose penalties, including hefty fines of $11,000 or a three year jail term to those who are caught using hateful or ethnic language on social media. 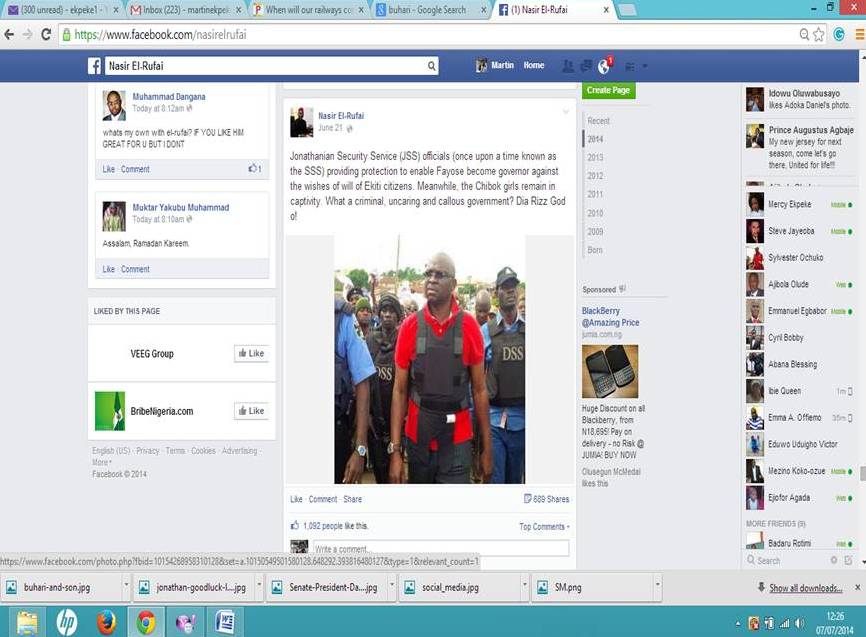 Resentments and discordances are part of  Nigeria’s political history. In her post 1960 independence political culture, Nigeria has witnessed  upheavals associated with the announcements of the election results; there have also been military mutinies, coups and even a civil war. All, infamously fuelled by divisive speeches and rumours that now easily lend themselves to ring higher and at much frightening pace within the real-time digital culture offered by Nigeria’s thickening social media presence. 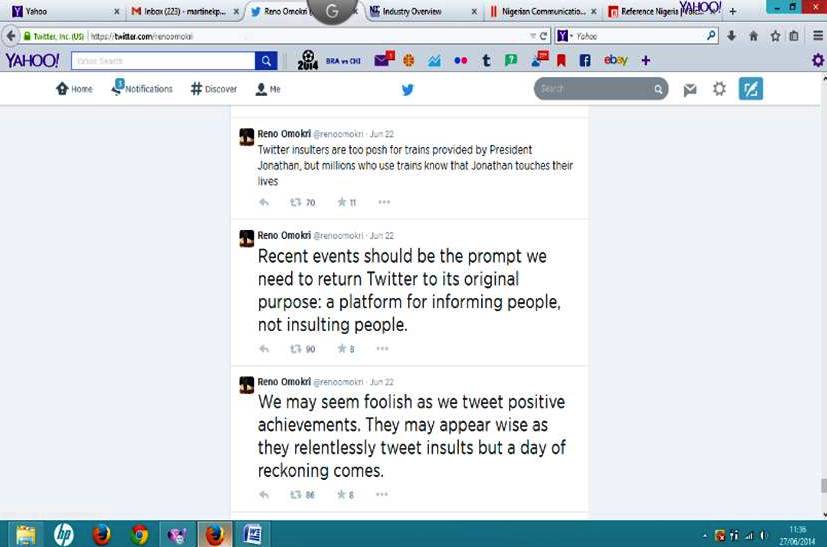 In a three-month survey carried out by  IT Edge News on social media hate speech and a field sample of opinions on divisive speeches in Abuja, Lagos and Port Harcourt, researchers discovered that while the tempo for divisive speeches has risen online at a frightening pace, ordinary Nigerians on the street are wary of such divisiveness and desire that laws be made against hate speeches.

From March 2014-June 2014, more than 3,000 incidents of hate speech were captured majorly from Facebook, Twitter, online blogs and social conversational sites such as nairaland.com, the degree of hate and divisiveness with strong ethnic and religious colourations was alarming. Most online conversations on the 2015 elections either had veiled or vivid hate undertones. Conversely, the field survey demonstrated a strong desire by the respondents for peaceful elections and a stronger united Nigeria. Most respondents think online hate speech are prompted by the near anonymous vista offered by such social media sites. The researchers took a cue from the UMATI Project, which monitored hate speech in the Kenyan online space prior to the 2013 elections.

True, social media has become the new city square, where a majority of friendly discussions and hate speeches, including government and individual bashing take centre stage. In his article: ‘Wars Without Blood: Should Hate Speech Be Criminalized?’, Chinedu Nwosu notes:  “Hate-filled profiling seems to have reached a new high in the current democratic dispensation with Nigerians apparently revelling in pouring invectives at one another whenever they discuss the Nigerian condition. The triggers for such warring with words are often predictable: if it has to do with the Civil War, Igbo nationalists will square with the rest of the country; if it is about Boko Haram and its alleged sponsors, self-appointed defenders of the North will be up in arms with equally self-appointed defenders of the South; if it has to do with resource control and oil politics, the North squares it with the South-south. The Igbos and the Yorubas frequently pick on each other as we saw recently with the alleged deportation of Igbo destitute from Lagos. In these exchanges, religion, region and even town union politics are all sucked into them.

“Reading through the ‘comments’ that follow most  articles published online, especially on contentious political issues,  one cannot help but marvel at the capacity of educated Nigerians, including Diaspora-based ones,  to write from their base animal instincts.  Hate speech is so pervasive in Nigeria that it is doubtful if there are many Nigerians that are completely free from the vice.”

Nwosu’s observation aptly resonates IT Edge News findings. Hate speeches are becoming pervasive and sadly among Nigeria’s educated elites and even those in diaspora who ordinarily should be in a better position to appreciate the implication of such divisive speeches. It is those who have access to digital tools that mostly champion hate speeches that underscore ethnic or religious agenda.

As Jideofor Adibe rightly notes in the piece titled: ‘Ethnicity, Hate Speech And Nation-Building’: “Read the ‘comments’ that follow most articles online – whether in newspapers, blogs or on the numerous online news-and features aggregator sites on the country, and you will marvel at the capacity of educated Nigerians, including Diaspora-based ones who are presumably living in ‘civilized’ countries, to write from their base animal instincts. Hate speech is so pervasive in Nigeria that it is doubtful if there are many Nigerians that are completely free from the vice.

“The irony is that people who usually complain of being insulted by other ethnic groups often use even more hateful words in describing the groups they feel have insulted them. Net effect: the widening of the social distance among the different ethnicities that make up the country and an exacerbation of the crisis in the country’s nation-building.”

The IT Edge News field survey shows that prominent personalities whose speech or political leanings helped to drive the greatest amount of hate speech among social media users in the three months of study include Sen. Bola Tinubu, a chieftain of the All Progressive Congress (APC), Alhaji Mujahid Asari-Dokubo, leader of the Niger Delta Peoples Volunteer Force, past military leader and also a chieftain of the APC, General Muhammadu Buhari – rtd, and former Minister of Aviation, Chief Fani Kayode. Tinubu’s “rig and roast” declaration just before the Ekiti State gubernatorial elections was particularly infamously adopted as the opening anthem within many social media conversations.

Even though the recent Ekiti election has proven that elections are not won on social media, the result of the survey indicates that the 2015 general election may be won and lost on social media, especially in the states with high rate of literacy and strong internet presence such as Lagos, Abuja, Port Harcourt and Calabar.

Some respondents think elections may not likely hold because of the spread of social media hate speech. A Lagos based public relations practitioner, Mr. Simeon Okhaifo believes that the social media platform has been turned to a ‘boxing ring’ where politicians and their apologists fight themselves. “Facebook and Twitter should be for constructive engagement, but unfortunately what we see these days are insults, anger, hates and even frustration. Nigerians must be careful to avoid a crisis that can lead to war,” he warned.

Here is one Prince Adedeji Gbadebo’s comment on Malam Nasir El-Rufai’s post on Facebook on the Ekiti election: “The elites on social media are as usual doing what they know best: Speaking elegant queen English about the emergence of Fayose as the unofficial Governor-elect of Ekiti State. I have read all manners of insult hurled at Ekiti People for choosing a tout over an intellectual and I laugh. Most of us on social media, especially the champions and overlords who gets comments, shares and retweets on our updates are disconnected from the reality that is Nigeria. Social media is an effective tool for social re-engineering and mobilization. It is an avenue to network, release tensed up energy and be informed on the latest gist in town, but elections in Nigeria are not won on social media.”