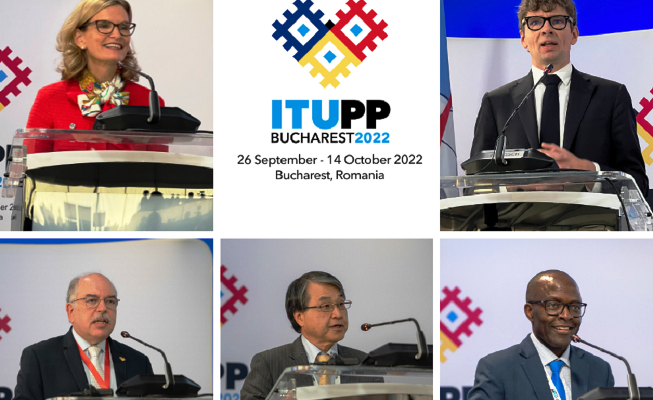 ​​​​Member States of the International Telecommunication Union (ITU) have concluded elections for the organization’s top five management posts, with voting for the bureau directors responsible for the three main areas of ITU’s work.​

​​Mario Maniewicz (Uruguay) was re-elected for his second term as Director of ITU’s Radiocommunication Bureau, which is responsible for maintaining and implementing the Radio Regulations treaty that harmonizes international spectrum use and satellite orbits, and for developing the related technical standards.

Seizo Onoe (Japan) was elected as Director of ITU’s Telecommunication Standardization Bureau, which is responsible for developing international technical standards for telecommunication and ICT (information and communication technology) through a membership of governments, private companies, and technical experts from around the world.

Cosmas Zavazava (Zimbabwe) was elected Director of ITU’s Telecommunication Development Bureau, which is responsible for mobilizing global efforts to connect the unconnected through promoting equitable and inclusive digital development, upgrading infrastructure and capacity for developing countries, and initiatives to extend the benefits of technologies to all.

Each of the five elected officials is set to serve a four-year term starting on 1 January 2023.