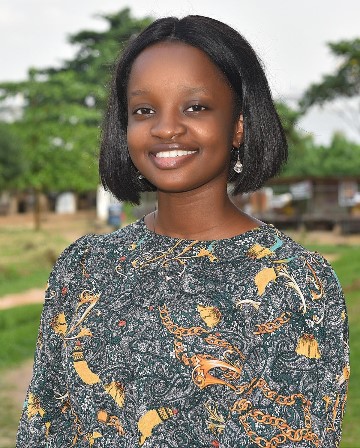 Speaking to Victory Yinka-Banjo is like drinking a fizzy drink. She bubbles with ideas and confidence. Little wonder that this 17-year-old Nigerian was chosen to be this year’s youth ambassador for Africa Code Week, the continent’s biggest digital skills youth initiative.

Even at her young age, Victory is no stranger to publicity. Earlier this year she was offered 19 full scholarships to study at North American universities. (She ended up picking MIT.) But hers is no rags-to-riches story. The eldest daughter of two smart parents, a university lecturer mother and a father who works in procurement and supply chain management, Victory has always pushed herself to her limits. “My mother taught me how to hustle and without this scholarship, I could never have afforded to study in the US,” she is quick to point out.

Youth Ambassador and IT Role Model for Girls

Victory is looking forward to getting involved in this year’s Africa Code Week (ACW), of which she is the official youth ambassador. Girls in Science, Technology, Engineering, and Mathematics (STEM) have traditionally lagged behind boys, which is why SAP and Camden Education Trust, the founders of ACW, are on a mission to make a difference – one African community at a time. Now in its seventh year, ACW was proud to report a 47% female participation in 2020. The event, which includes the popular AfriCANCode Challenge, has an enormous reach of 54 countries, with millions of children and youth participating. Last year the program completely shifted to the exciting online world due to COVID-disruption.

“I participate in digital youth skills initiatives like Africa Code Week because I am passionate about empowering young people in underserved communities,” Victory says. Last year, she created an educational video encouraging children to learn computer programming with Scratch, MIT’s free online learning tool for coding. “Scratch is how I was introduced to coding,” Victory says, mentioning all its various applications which makes it fun for kids, from interactive stories and games to animations. Scratch forms an integral part of Africa Code Week, encouraging teachers and African governments to see how easy it is to get kids into coding and fast-track them for the 21st Century. To date, nine countries have adopted coding as a school subject thanks to the ongoing awareness, support, and contributions from Africa Code Week program.

A proud female-code representative, Victory wears many hats and keeps herself busy with multiple projects. In addition to Africa Code Week, she is actively involved with Coderina, a Non-profit organisation that promotes ICT development, youth innovation, and entrepreneurship across Africa. “My first introduction to Coderina was during the pandemic last year. I helped facilitate the Lifelong Learning Program (LLP) sessions where young people were able to learn from a virtual space about everything digital skills related, from coding to 3D printing. I also taught a class during this period on ‘Design Thinking and Innovation’. This year, I was a coach to the First Lego League team comprising of a group of girls in secondary school in Nigeria. FLL is an exciting international robotics competition that is largely driven by Coderina.”

When asked what she likes about coding, Victory is unequivocal: she wants to find solutions. “I love the challenge of being given a problem and using technology to find a way to solve it,” she enthuses. In 2019, Victory was part of the winning African team in the global mobile app building competition, Technovation. “The problem we had to solve was double parking, which is common in Nigeria,” Victory explains. “We developed an app that uses location sensors to enable your phone to pick up whenever another car parks you in, so you can step outside and speak to the owner or can communicate with the owner via instant messaging on the app.”It is this same passion for solving problems that has made her pursue a career in computer science and molecular biology.

“There are so many different applications of this novel overlapping field,” she says, “from aspects of synthetic biology to RNA sequencing in bioinformatics.” Some of the questions that interest her are whether DNA can be used to store digital data and what machine learning tools can be used to model a vaccine to tackle the next variant of the coronavirus.One thing she’s sure about is that she doesn’t want to be put in a box. “Too many young people are fixated about their future career, wanting to become a doctor, engineer or a lawyer,” she says. “So many things are unconventional now. Rather than having a fixed profession, I want to say: I do computational biology and it allows me to proffer solutions to this and that.” Having a problem-solving mindset will elevate young Africans to be the change they want to see in the world, she believes – with a little bit of help from technology, of course.