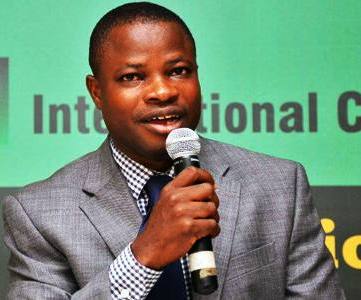 The umbrella body for Nigerian computer professionals has issued a public a statement in Lagos to that effect. The statement was signed by its president, Professor Ganiyu Adesola Aderounmu.

Government is reportedly finalizing plans (http://itedgenews.ng/2016/12/02/government-may-move-nitda-nigcomsat-galaxy-backbone-to-science-and-technology-ministry/) to move the three public sector players in a cost-saving gesture to also strengthen their deliverables within the science and technology ministry.

Information and Communication Technology is central to the creation of the emerging global knowledge-based economy and it is a pivotal instrument in accelerating growth, promoting sustainable development and eradicating poverty in developing countries such as ours;

ICT provides economic opportunities to both urban and rural populations;

The Nigeria Computer Society (NCS), the umbrella body of all Information Technology Professionals, Stakeholders, and Interest groups in Nigeria with over 20,000 memberships, in 2011 worked with the Federal Government in establishing the Federal Ministry of Communication Technology.

NIGCOMSAT is a SATELLITE OPERATOR and nota SPACE AGENCY;

All over the world, Ministries of Information and Communication Technology were created to foster the development of an information society and stimulate the growth of a strong, competitive, vibrant, export-oriented ICT sector. Examples of such countries are Egypt, Singapore, India, United State of America, United Kingdom just to mention few.

It would be counterproductive to separate operators (NIGCOMSAT and Galaxy Backbone Ltd) from their regulators (NCC and NITDA) in the supervisory/regulatory framework. This is also contrary to best practices the world over;

The need to streamline government expenditure and fight against corruption cannot be realized if the regulator of the communications sector is placed under the supervision of a different Ministry;

The concept of relocating the three agencies to the Federal Ministry of Science and Technology will set the nation more than fifteen (15) years behind our development plans.

Given the importance of Information and Communication Technology to the Nation’s Economic Revival and Diversification, Nigeria Computer Society strongly recommends that:

The 3 agencies (NITDA, NIGCOMSAT and Galaxy Backbone) should remain under the Federal Ministry of Communications for better performance, networking, coordination, cooperation and collaboration in other to produce better output;

The Federal Government should empower the Federal Ministry of Communications financially to improve on strategies to achieve gross earnings from the ICT sector, generate employment and wealth creation;

The Federal Government should streamline/merge some agencies under the Federal Ministry of Science and Technology, and

The Federal Government should amend the laws governing the agencies and Ministry accordingly.