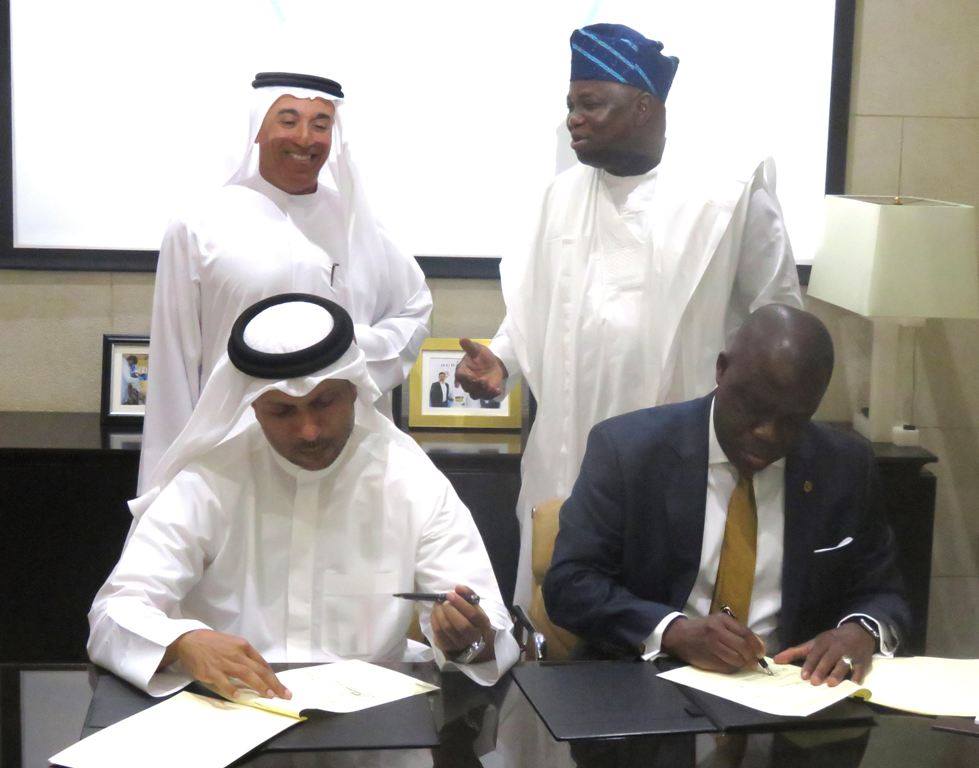 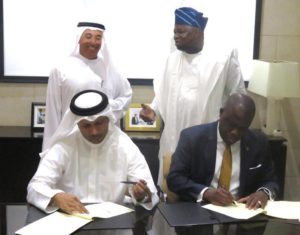 The Lagos State Government and the City of Dubai have entered into a historic partnership that will see Lagos emerge as the first Smart City in Africa, an online news source:www.freedomonline.com.ng has reported
The Memorandum of Understanding (MoU) for the Lagos Smart City was signed at the Emirate Towers, Dubai by the Lagos State Attorney General and Commissioner of Justice, Mr. Adeniji Kazeem and the Chief Executive Officer of Smart City Dubai LLC, Mr. Jabber Bin Hafez.

The signing of the MOU, which would make Lagos the home of the very first Smart City in Africa, was witnessed by the Chairman of Dubai Holdings, His Excellency, Ahmad Bin Byat who is also the Deputy Prime Minister and the Lagos State Governor, Mr. Akinwunmi Ambode.

A Smart City is a growing concept that draws from the success of Dubai’s innovative knowledge-based industry clusters to empower business growth for companies and knowledge workers all over the world.
Ambode, in a statement on Tuesday by the Commissioner for Information and Strategy, Mr. Steve Ayorinde, said that the Smart City (Lagos) is expected to bring multi-billion dollars investments to the State, create thousands of jobs and transform the Ibeju-Lekki axis in particular and the entire Lagos State in general.

“This is a deliberate attempt by us to establish a strong convergence between technology, economic development and governance.

The governor stated that the collaboration is part of the larger vision to make Lagos safer, cleaner and more prosperous.

He said: “A Smart-City Lagos will be the pride of all Lagosians just as we have Smart City Dubai, Smart-City Malta and Smart-City Kochi (India). We are encouraged by the fact that we do not, as a government, need to develop at a slow pace, but take full advantage of the digital age and fast track development of Lagos to a real megalopolis that we can all be proud of.

“The future is ours to take. It also marks the first smart city in Africa when completed.”

The Governor added that apart from creating jobs for the people, the project would also become the world’s first carbon neutral city.

“Lagos,” he said, “will become an important centre for innovation in smart technologies, wellness and destination for green tourism.”