When Nigerian children grow up They will be Digitally Divided

As this report was being drafted, Zamfara State officially announced that it has over one million children out of school. The pronouncement was made by the Director, Junior Secondary Schools of the Zamfara State Universal Basic Education Board, Alhaji Sani Mailafiya, Zamfara State. With that record, Zamfara leads other states as having the highest number of such children. In numerous other states of Nigeria’s 36, the statistics are not less frightening. In fact, a survey report by the United Nations Educational, Scientific and Cultural Organisation (UNESCO) released in the Q2 2013, ranked Nigeria top of 12 countries where a large population of schoolchildren are not in the classrooms. According to the UNESCO Education for All Global Monitoring Report (EAGMR) report, one out of every five Nigerian children is out of school. In all, approximately 10.5 million young Nigerians have never seen the classrooms.

The statistics get more frightening with the poor or complete absence of basic computer access or knowledge to these young Nigerians that would form the generation of its leaders in the not so distant future. An agreeable estimate among many experts is that well over 80% of young Nigerians of between the age of 6 and 16 have no access and have never touched a computer. For this huge population of young people, a digital divide stares at them that would effectively cut them off from any semblance of relevance in the already evolved Knowledge or Digital Age.

When experts use the term Digital Divide, they mean to say, to use the simple term by Wikipedia,

“an economic inequality between groups, broadly construed, in terms of access to, use of, or knowledge of information and communication.” But the“Digital Divide, or the digital split” is much more in used now as“a social issue referring to the differing amount of information between those who have access to the Internet (specially broadband access) and those who do not have access.” That definition would much more apply to advanced economies or mid-income economies where access to computer terminals is now taking for granted. In Nigeria’s still underdeveloped economy, both the computer terminals and internet access are still a rarity. Forget the high diffusion rate of mobile phones and mobile Internet; encouraging uptake of social media among young people – all still urban based in a largely rural country.

The fact remains that in the 21st century, it is not likely that most of Nigerian children will feature anywhere near the digitally empowered. Entire generations of young people, particularly in the north of the country, are being caught off from the new digital tools that make them both functional and reproductive members of the knowledge economy. While their southern counterparts in spite of the infrastructural, policy and even financial challenges stand a better chance of leapfrogging; those in the north have a zero to 10 chances out of 100 to leapfrog. The reason: not even a rudimentary exposure exists for millions of children in the north of Nigeria unlike their peers in the south where state government funding and policy thrust in recent times has deliberately aimed to bring battery powered laptops to the classrooms and expose an increasing number of kids to computers.

This report by United Nations Children’s Fund (UNICEF) on access to basic education captures the scenario: “Over the last decade, Nigeria’s exponential growth in population has put immense pressure on the country’s resources and on already overstretched public services and infrastructure. With children under 15 years of age accounting for about 45 per cent of the country’s population, the burden on education and other sectors has become overwhelming. Forty per cent of Nigerian children aged 6-11 do not attend any primary school with the Northern region recording the lowest school attendance rate in the country, particularly for girls. Despite a significant increase in net enrollment rates in recent years, it is estimated that about 4.7 million children of primary school age are still not in school.”

Outside of Kano and Jigawa states where the state governments have invested huge resource to kit millions with ICT skills, there is no encouraging record in any other northern state that will compare to several states in the south of the country. And even then, many states in the south have confined themselves to struggling over the provision of basic education leaving it the very vital primary ICT skill capacity building in young people. Two positive examples stand out in recent times. One is in Osun State and the other in Ekiti State. In Osun, the state government distributed computer tablets of learning (Opon Imo) to students of government-owned secondary schools in the state. Under the pilot scheme, about 50, 000 tablets were distributed and another 150, 000 will reach the hands of students in the second phase. The project, an initiative of Governor Rauf Aregbesola, is specially designed for the students of public secondary schools in the state to improve their performance in internal and external examinations.

Under its Ekiti State e-School Project (ESeSP), Governor KayodeFayemi signed an MOU with Samsung for the procurement of laptops for secondary schools. The project will facilitate the distribution of 100,000 laptops to secondary school students and 18,000 to their teachers by 2014. The programme started last year. For the students in these two states, computer skill is no longer an abstract theme. It is part of living. They may not have broadband access like their counterparts in China or Japan; access may be limited compared to their peers in the US or Europe, But they have access and they have a preparatory skill to using ICT and form a trainable squad of young minds to leapfrog any economy.In Lagos State, you have a different but equally encouraging scenario. Being the country’s most advanced state, Lagos boasts of a plethora of private schools fully equipped with computers. Apart from government’s efforts, many privately owned schools have spearheaded a computer ownership scheme with the hordes of computer makers in Lagos to sustain the Lagos position as a pacesetter.

“We need to act now and have a holistic approach to not only addressing the problem of basic education but ensuring a degree of exposure to ICT by our children at this tender age.Education is central to the nation’s development and there is no way we can fully actualise the Vision 20-2020 without a massive investment in empowering these kids digitally. It is not just about basic education, but about bringing computers to kids. That is the future,” said Lagos based educationist Mrs. Pearl Olisa.

There is competition among many southern states to beef up on ICT and raise the stakes for learning beyond the traditional chalk and blackboard affair. But there are also states where absence of will power and funding has left both basic education and computer education in tatters. For instance, while the computer is becoming much more ubiquitous within the learning environment in Ekiti and Kano states, it is not in Bayelsa State. The digital divide stares at many young Nigerians outside of those states investing in exposing ICT skills to their young ones.In one report by Codewit, Professor OluJegede, a lecturer at the Institute of Education, Obafemi Awolowo University said, “Illiteracy is now beyond being able to read and write. Once computer education is out of it, that person is an illiterate. Very few of the schools that have access to computers also have access to the internet and that is a very big problem.”

Even then, there are pockets of encouraging developments in some of those digitally disempowered states through the interventions of private sector organisations, NGOs and publicly funded institutions such as the Universal Service Provision Fund (USPF), which a while ago, distributed about 120,000 personal computers to 1200 public secondary schools across the country. The National Information Technology Development Agency (NITDA) has also directly intervened as part of its mandate for ICT diffusion by setting of ICT resource centres in schools. But these are islands of efforts lacking the sustainable steam to keep the momentum going for primary knowledge buildup in ICT.

Nigeria is the ultimate loser. It is creating a mass of population disempowered from becoming part of its nation building process and, consequently, laying the foundation for tomorrow’s disgruntlements. “As the aftermath of the 32 ministerial council meeting of the National Council on Education in 1987, the federal government of Nigeria decided to introduce computer education into the nation’s secondary school system. It then inaugurated the National Committee on Computer Education the same year. The functions of the committee include ‘planning for a dynamic policy on computer education and literacy in Nigeria as well as devising clear strategies and terminologies to be used by the federal and state governments in introducing schools computer education.’ The policy objectives include bringing about a computer literate society in Nigeria by the mid-1990s and enabling present school children to appreciate and use the computer.” Not up to 15% of that objective has been achieved 18 clear years after the policy‘s first time target of mid 90s elapsed. There are implications for national cohesion and development between the ‘Have IT and ‘Have Not.’

No better illustration captures this than this article on China in Wikipedia “Over the past decade there has been an explosion in the use of Information and Communications Technologies (ICTs) in China. As the largest developing country in the world, China faces a severe digital divide, which exists not only between Mainland China and developed countries, but also among its own regions and social groups. Like many other indicators of development, wide gaps exist between Chinese IT “haves and have nots.” The existence of these gaps is well established though published literature gives a general picture of the digital divide in China growing, along with other development measurements such as per capita GDP…. Statistics show that many parts of rural China are being left behind while the urban areas reap the benefits of the internet and IT.“ As is well known, there is a huge disparity in the per capita GDP among different regions of the country with the north of country worst off; the digital divide will only mean a widening gap and not a closing gap between the regions with Have IT and the regions Without IT.

What can stakeholders do?

All stakeholders must get worried and get cracking. States and private concerns need to mobilise to close the gaps. If they don’t, they stand to put their investments at risks as the surge in terrorist attacks have shown whether in the north or south. Educated people have greater options for economic survival and are not instinctively drawn to violence unlike uneducated people prone to anger, disgruntlements and becoming anti-establishment. People with ICT skills have greater career options and are likely to become an asset not liabilities or nuisance to a growing economy. Strong policy framework and willpower have been grossly lacking in pursuing computer education at primary and secondary school levels. A key feature of the economy is that growth has only surged in major cities spilling over to nearby towns. Because Nigeria is still largely rural, a greater number of people, by implication its young people, are cut off the development map. This is why it makes sense to have extensive deployment of ICT in rural areas, and aggressively pursue investment of hardware terminals and broadband in rural or semi urban centres where even intervention from NGOs and publicly funded institutions are not likely to get to. Also, deliberate effort should be made by the government to fund new hardware to at least meet the stipulated 8-1 student to computer ratios note two lecturers, Philip Olu Jegede of Obafemi Awolowo University and Josiah Owolabi of the Federal College of Education(Technical), Lagos in their publication titled Computer Education in Nigerian Secondary Schools: Gaps Between Policy and Practice. 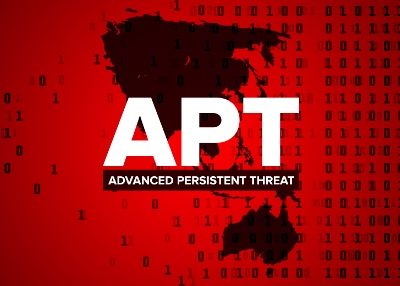 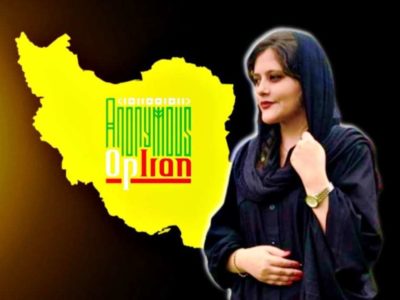