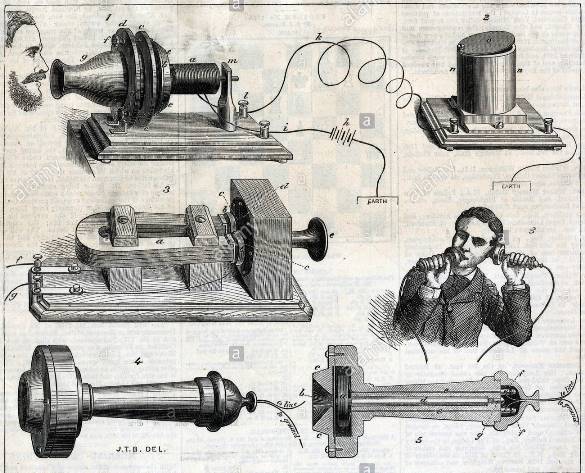 VoIP is no longer the preserve of the grey market writes SEGUN ORUAME.

Cheap international talk (fostered on Voice over Internet Telephony- VoIP) used to be the exclusive preserve of every cybercafés and some daring self-made operators in several West African cities, but things appeared not to be so again. Incumbent telcos and other operators of the plain old telephone system (POTS), once unreceptive and even antagonistic to VoIP have since taking over in the deployment of VoIP

The attraction is the irresistible high volume of international calls originating from the region. Over three billion international call minutes originated from Nigeria alone in 2014 underscoring the very juicy nature of the market. The figure is no less in Senegal to make West Africa about the most plum market for international talk on the continent. Between 2001 and 2003, international call minutes from Nigeria were in the range of 1.8 to 2.1 billion minutes a year. A sizeable chunk of this went to the grey market operators consisting of cybercafés, international prepaid calling card companies and calling centres. Between 2001 and 2002, VoIP traffic, reportedly, grew fastest in the African region; going up 240% VoIP share of all international traffic in 2003 was put at 120%. It has continued to grow at a rapid rate.

Any café in Dakar, Lagos or Accra could provide you international call service at less than 50% the rate on a PSTN- Public Switch Telephone Network. Depending on the number of providers at a particular location, rate could be as low as 10% the standard rate on the POTS. It was a lucrative venture for the self-styled operators as they erase the patronage and profits of the traditional telcos across West.

While regulatory authorities in the sub-region dither over VoIP, and grey market owners enjoy their dominance of the market, many incumbent telcos and scores of private operators slowly adopted VoIP even when they still complained openly against the ‘evil’ of the technology to their business. “We are developing an open approach to the technology. We have realized that we cannot but use VoIP”, said Dirk Smet, immediate past CEO of Lagos private telecom operator (PTO) Starcomms. Over 25% of incumbent across Africa were believed to have signed agreements with both iBasis and ITXC or other smaller international VoIP operators in a report last year by the Commonwealth Telecommunications Organization (CTO) on VoIP regulation in Africa. The report titled ‘An Overview of VoIP Regulation in Africa: Policy Responses and Proposal” noted that a significant number of incumbents have adopted VoIP in a “if you can’t beat them, join them” attitude.

This year, Nigeria’s second national operator (SNO) Globacom announced its partnership with iBasis, the world’s biggest VoIP carrier, signaling its readiness to take on the grey market. The SNO would later launch its pre-paid international call service and strengthen its fight for a good share of the international call traffic. One Lagos card call expressed anger by the SNO’s new move. His words: “This service is, no doubt, a threat and I should think the NCC (Nigeria regulatory authority) ought to have reserved this area for small business. I mean, why erase competition? Every card operator needs a PSTN operator and why enter a market that puts you against smaller operators who depend on you to deliver that same service?”

Under its former Dutch management (The Pentascope team) Nitel had plugged into the VoIP option and cut down drastically on its international call rates by over 60% from 76 US cent to 26 cent to knock down the huge share of traffic for international calls emanating from the grey market. It was a smart move that paid off. Sonatel, had adopted an equally smart move two years ago to save its business from collapse as a result of the antics of grey market operators. The CTO’s report captured the situation thus:” Sonatel discovered that it was losing traffic to grey market operators. Knowing who most of them were, Sonatel called them in and offered these providers a deal, whereby Sonatel would allow continued trading by these providers if they received an agreed rate from them.

“This in effect, set up was probably the first VoIP wholesale arrangement on the continent. As a result, a whole new set of operators stepped into the gap and offered even cheaper prices. Currently, Sonatel is the monopoly operator and claims that VoIP is about 25 per cent of its international traffic. It is clear however, that the grey market still exists and therefore the overall figure is probably larger.”

While the grey market still exists, traditional operators have been able to leverage on the same technology to improve their revenues on international call traffic. It was not so about three years back when they were in a complete ‘lose-lose’ situation. Both Tracy Cohen and Russell Southwood, author of the CTO report note:” Africa’s major telecom markets, Nigeria and Senegal represented over half the terminated inbound traffic on the continent. A strange pattern began to emerge in the traffic growth of some incumbents two to three years ago. Instead of showing steady upward growth, their annual international traffic figures actually began to decline as traffic went into the grey market.

“Therefore, African incumbent telcos have been faced with a much starker choice than their developed world counterparts: they have an option to watch their traffic disappear into the grey market or devise a strategy for attracting it back. Both iBasis and ITXC use the proactive argument that it is better to be responding to this market than letting things simply happen”.

Since Nitel and other traditional players took to VoIP, there has been a steady decline in patronage for many grey market operators in Lagos resulting in the death business is no longer as attractive as it used to be,” said Bola Ekunjumi, CEO of Choizcom, a Lagos based partner of Net2phone, the internet telephony giant. Ekunjumi thinks there is no longer any significant reward for grey market operators and only a few players can continue to survive against the onslaught of major players like Nitel and Globacom.

In the last two years, major VoIP carriers including ITXC and iBasis have made significant inroad in Africa. Globacom deal will be about the first publicly announced deal by any major player in Nigeria’s volatile market where regulatory authorities are yet to take any regulatory position on VoIP. IBasis which customers list include many of the world’s largest carriers such as AT&T, Cable & Wireless, China Mobile, NTT, Sprint, Telecom Argentina and Telefonica, also has Telekom Malaysia (at one time the contract managers of Ghana Telecom), Vebtel in India, Sparag in Taiwan and Colombia Telecom., Vietnam. The company carries approximately 20% of all US voice traffic to Argentina, China and Russia. In Africa, it has network presence in more than 14 African countries and is “believed to be working with several more that are unannounced.”

Usually, what cybercafés do is to buy IP voice minutes from international carriers and resell to their teeming customers at rates far lower than what traditional operators were selling the same service. But with traditional operators signing deals with the same carriers, “the time is up. People must look for other business to do”, said Alhaji Rufai, CEO of Lagos based ICT company Microres Limited. As rightly noted by Cohen and Southwood, last May 2004, it was estimated that Senegal’s incumbent Sonatel was buying international outgoing minutes at between 11 US cent to 12 cents but selling the same minutes to its customers for $29 to 33 cents a minute (off-peak/peak) from 1 June, having just made a 33% price cut on its international rates. It is clear that traditional telcos have the game for real and would fight the grey market even if they cannot erase it. How long they would keep heat on is what only time can say.