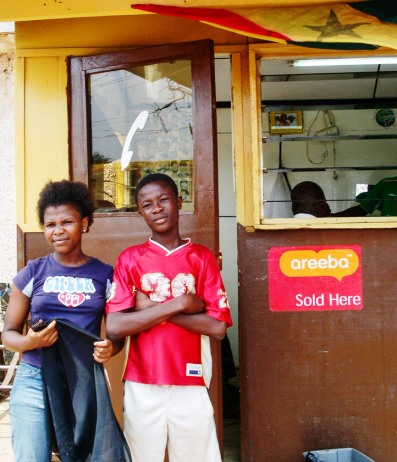 As funding for telcos gets hotter, private operators in Ghana have had to rely on their ingenuity to mobilize enough finances for their projects or rely on their parent companies for assistance or worse still, have to rely on commercial credit syndication from the international market. Scancom, (Areebe) turned to the financing arm of the World Bank. International Finance Corporation (IFC), to seek credit of about $20million to finance its expansion. Over $1.5 billion has been spent on network rollout in the last five years by operators particularly mobile operators to make Ghana one of the countries in the sub-region with the biggest telecom investment figure after Nigeria.

As in many countries, government does not have the capacity to help in financing cash-guzzling projects of telcos. Government has been able to give a helping hand to Ghana Telecom, the state-owned telco, but that is only trickles.

GT’s fervent attempt to wean itself of government’s financial interventions almost landed it into trouble with the Securities and Exchange Commission (SEC), Ghana’s capital market regulator, which asked GF to explain why it went ahead to issue debt instruments on the capital market to raise $40 million without adequately informing its stakeholders.

Former GT boss Oystein Bjorge, started the arrangement with renowned investment advisor, databank, the process was pushed under very hushed atmosphere. The public was not certain about the fate of the bond issue until new GT boss, Frode Haugen announced barely a month ago that the telco has successfully raised $40 million through the sale of its bonds. SEC officials say the company should have made shareholders know their company was serious about raising the amount. Almost 54% of the money amounting to $21 million was raised locally, while foreign companies acquired the remaining $19 million of the bond. The amount is the biggest to be raised by a state-owned entity in recent time. The money is meant to complement roll out plans of the company.

Prior to these major investment moves of GT, Telenor, the management contractor of GT has made similar daring financing decisions, since 2003 to date they have acquired a number of loans, including the $150,000 credit it acquired from Alcatel Shanghai and a locally syndicated credit of $60,000.

In 2001, government devised a smart method of having reserve financing source for the telcos operating in the country; a Ghana Investment Fund for Telecommunication (GIFTEL) was established. Under the GIFTEL, operators were expected to pay in one percent of their annual revenue into a special account that will be pooled and drawn to subsidies rollout investments of contributors. The GIFTEL Initiative was enshrined in the licenses of the operators to compel compliance; however, indications are that this initiative has been grossly flouted by the local telcos. The amount currently lodged in the GIFTEL account cannot be confirmed or verified due to the erratic compliance by the telecom operators.