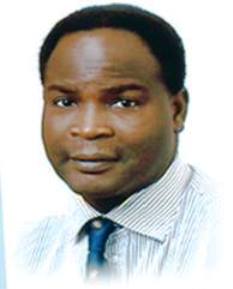 Perhaps, nobody has written national ICT4Development policy for African governments than Professor Clement Dzidonu, professor of Computer Science and Head of Department of Valley View University, Accra. Dzidonu has penned ICT4D documents in Swaziland, Rwanda, Ghana his home country and consulted on same in Nigeria among several other African counties. Africa must get its priorities right and see ICT4D as part of the thrust to radically transform the continent and not some exciting projects that could be entrusted to donor agencies. He was a guest of e-Terview before in Accra and in Lagos where IT Edge interacted with him: the thrust was on Ghana’s ICT sector and soon it became the African place in the evolving Information Society. It is a theme that Dzidonu is constantly preoccupied with. And good to make him a two-timer on e-Terview. The only one to ever do so in two years.

ICT4D are not just projects, they are whole national initiatives.’ Do you think Ghana has the right policies in place to attract investors to come put money into the ICT sector?

The Ghanaian ICT4Development policy came out in 2033. It is a very elaborate policy that covers all sectors. I consider it a very friendly policy to encourage investment in this area. You could recall that as far back in the early 2000, government put in place lots of liberalization policies to facilitate investment in telecom sector. I must say, a number of commendable initiatives have been put in place by the government to attract foreign investment in the ICT sector.

Many things scare investors in Africa. There is the issue of profit repatriation for instance…? Interestingly, Ghana has gone over that. As far back as in the mid-90s, Ghana has put in place a lot of policies to facilitate investments in Ghana. You may recall during the structural adjustment programme, the country implemented policies to attract secure investors’ interest. The Ghana Investment Promotion Council and other similar agencies were gingered to identify areas for investment and specifically work out ways of getting foreign direct investment long before this ICT for development issue came up. Si I can assure you that in Ghana, we don’t really have any problem in the area of repatriation of profit and all those kind of things.

If government appears to have gotten the policy right, are you impressed with the level of investment that has come so far into Ghana in the last four, five years?

There was a time when the question actually was on how to get more phones, more computers, and more internet access in urban centres. Now, the focus is getting rural communities access ICT benefits. What is Ghana doing?

In the area of mobile, the mobile coverage in the country now is complete. Anybody in the rural areas, once they can actually get access to mobile phone can get to talk. The lack of access in the rural area is not because the coverage is not there. It’s simply because of money; affordability of those services. In the fixed lines, certainly we still have a problem there. Deployment of the fixed lines telephones in the rural areas is still a big problem in Ghana. And may be because of lack of investment in infrastructure. When we liberalized some time ago, the assumption was that when you launch a second network operator, you bring in competition, and competition will drive the development of infrastructure in the urban and the rural areas, it didn’t happen that way. We all know that the private sector will not invest in the rural areas even when you impose universal service obligations in a contract. So basically, I do agree we are actually lagging behind in terms of deployment of telephone network into the rural areas. I think it’s basically a question of lack of investment in that sector. Now what the government is doing of recent is to try and install the backbone- a national backbone that will cover quite a chunk of the country. And apart from that, this backbone networks will be sold wholesale to various backbone service providers and then hopefully they will be able to deploy in the rural areas. Without the government’s investment or government incentives or government efforts, I don’t think the private sector alonewill actually roll out the technology in the rural areas.

GIFTEL was created to encourage operators take service to rural areas, you think the idea is workable?

Yes, it is. The whole idea of GIFTEL is to mobilize money from the bigger operators and use the money to deploy the technology in rural areas because the operators themselves are not doing it so government had to step in. Government need to mobilise money from somewhere; so operators have to pay some money to the GIFTEL, fund and that money is used to rollout in rural areas.

ICT4Development is not about consumption but also building capacity. How ready is Ghana and indeed. Africa in this area of ICT?

Well, we’re struggling there. One of the goals of the ICT4D is human development particularly as it has to do with the area of production of ICT goods and services. But we’re just at the beginning. The human resources we’re producing now are not really the one that you would need for the development of ICT production sector. How many software developers do we have? How many computer hardware technicians and engineers do we have? We have a little. How many people are we producing to repair and assemble computers? We have a little. So we’re now at the very beginning of putting in place the mechanism and policies that will actually facilitate the development of these skills. So if anybody think that within a year or two, we would be going big into development of software, and the deployment of IT products and services, that person is totally getting it wrong. The universities are not really producing enough for us to start developing those areas. And not forgetting that even if we develop that skill, we need some resources in order to invest in setting up of those production units and companies and you need venture capital to do that. Certainly, we appreciate that government has programmes for us to move forward, the production side of the coin but certainly, there’s quite a lot of work to be done before we get there.

Several African countries, including Ghana have come to realize that good ICT4Dev policies are not enough. The funding problem must be resolved. How can Africa cross this bridge?

Funding is a big problem. It has been for a very long time. We always have funding problem due to our development initiative. We are talking ICT now in Africa we need big time money, big time dollars to do anything. I think the countries have to, apart from just saying that we want to use ICT for development, we need to seriously look at it as an investment. There’s no way money is going to come through ICT for development if we don’t invest in it. African nations are spending money on other things and certainly, need to set aside specific amount of money, for example, on developing human resources in order to start developing production of ICT goods and services. That’s an investment. I’m not saying we have all the financial might but I want to say that very few African countries are actually putting money in ICT4D. Most depend on donor supports and think that donor support will actually implement these things. ICT4D are not just projects, they’re whole national initiatives.

Isn’t this a reflection of the political reality, in the sense that the average farmer does not care about ICT, cannot appreciate what ICT can do for him and for politician, what matters is doing what the voter will want immediately?

At the very early years of 1995, some people were asking whether Africa should be talking about ICT for development or should it be talking about how to go about unfinished businesses. Unfinished businesses like sanitation, like good hospital and so forth. Those things have been there for years. We’ve been struggling to solve them. We have not been successful. ICT could provide some leverage for us to actually address some of these problems. Now let me quote a famous statement by one guy called Ford. (Gerald Ford, American entrepreneur revolutionized the auto industry. He first carried out mass assembly of cars in the US). Ford was asked: “Did you do a market survey about whether the people wanted a motor car?” He said, “No, I didn’t ask them because if I’d asked them they would have an idea of what I’m talking about”. Sometimes you don’t actually need to implement or put in place initiatives just because the farmer would tell you I need more hoes or I need more cutlasses. People don’t necessarily need to know that they have a problem before you solve the problem for them. We do appreciate that we have those problems in our rural areas but certainly we can’t continue talking about more hoes, more water, more this and more that and then the world moves on. We’re not talking about horses when you should be talk about cars. Whatever we need to do to get those cars moving for more people is what we should be talking of.