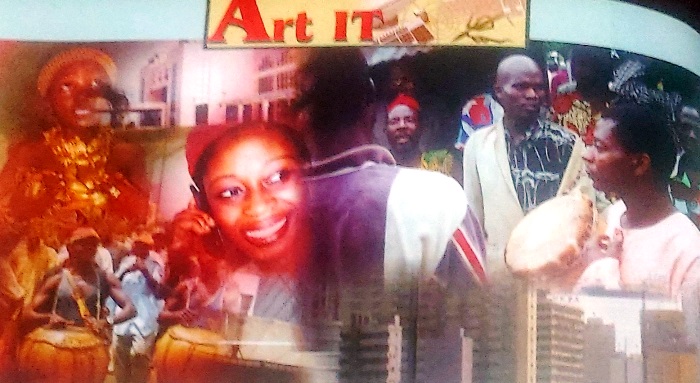 In an industry where pirates are the nemesis of creativity and a notoriously inefficient system makes royalty collection such as arduous task, SEYI AYORINDE, Arts IT Editor, writes that change is in the offing for artists as the MCSN becomes IT-complaint in its operation.

I had wanted to write about the menace of certain types of ringtones, musically speaking that is, and what they say about you. But the big news about the approval of the Musical Copyright Society of Nigeria (MSCN) as the second Collecting Society in Nigeria turned out to be one of the biggest news affecting the music industry this year, and which, of course, deserves our focus this month.

For 10 years, MCSN, which represent nearly all the foreign music repertoires in Nigeria as assignees, as well as the majority of Nigerian musicians, had battled for relevance and recognition as a collecting Society. Its approval by the Nigerian Copyright Commission, the regulatory agency, therefore, has brought the number of collecting societies to two in Nigeria. The Performance and Mechanical Rights Society (PMRS) is the only one that has been operating, albeit epileptically, since 1994.

A collecting society, by law, is charged with the duty of collecting royalties from users of music works like television and radio stations, hotels and restaurants, night clubs and the likes, and distributing same to musicians and other authors or right owners.

It is a multi-billion-naira industry that could transform the music industry and improve the lot of musicians if the collecting societies are allowed to function well, and they in turn make judicious use of the royalties they are bound to collect, on behalf of musicians.

The good news, beyond the approval of MSCN, however, is the decision of the two helmsmen of the society, Oritz Wiliki and Mayo Ayilaran, the Chairman and the Chief Executive Officer, respectively, to make MSCN IT-compliant in its operations henceforth.

Ayilaran, who articulated the decision, said they not only think about putting the society and its monthly news publication but also The Copyright Owner on the web, which would be a good way to reposition both the society and its information arm. They were not also just thinking about opening an e-mail account for their numerous members, mostly musicians and composers, who certainly will need the easy tool of e-mail messages within the MSCN fold just the same way that they have now found the GSM technology useful in day-to-day affairs.

Ayilaran and his people at the helm of affairs in MSCN are looking ahead and thinking of computerizing not only the entire operations but also the whole repertoire under their care. As the official assignee of songs, in form of musical compositions and performance, by its Nigerian members and the totality of foreign affiliates, MSCN will need to be in constant monitoring of the works under its care for easy identification and billing after use.

Considering that in a given year the repertoire could run into several thousands, and even millions when the larger picture is considered, the only way to do this easily is to employ the best of computer technology. As a collecting society and right owners serving the music industry, MSCN will not only be interested in how much comes in over the usage of its works, but also serves as a repository of sorts on the musical works it represents.

It will not only make for easy, stress-free identification, but also for a central source of research on musical works.

What this means is that by the time there is software from which all the musical works assigned to MSCN in the Nigerian copyright territory could be collated, and a few seconds sample of them could be listened to, it will be impossible for any user of such works, be it an hotel, a Disc Jockey or a radio station to dispute infringement.

It will also put to rest the perennial claims, even if subtle, by PMRS, over ownership right on assigned works. When there is a credible source to refer to as a well-computerized repertoire is sure to do for a collecting society, there is bound to be more credibility and accountability.

This is the way that MSCN is headed, and this thinking, is to say the least, commendable, it is, as Ayilaran puts it: the society’s high –tech tune after getting its much-deserved approval from NCC.

It will not be a new thing to MSCN anyway. At its infancy in the early 1990s, the society used analogue software as evident proof of assignee status on a number of foreign musical compositions in a Lagos court when a user contended, quite wrongly; that MSCN did not have the right to demand for royalties on musical works used in Nigeria.

Nevertheless, MSCN won the case. Thanks to the strong evidence. But the computerized operations and repertoire provides an even stronger evidence in this age.

The other collecting society should also borrow a leaf from this line of thought since both societies, inevitably, would have to arrive at some form alliance sooner or later if their campaign for adequate remuneration for musicians, by way of accruable royalties on musical works, is to be effective.