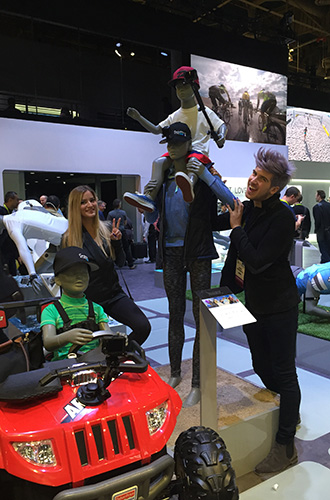 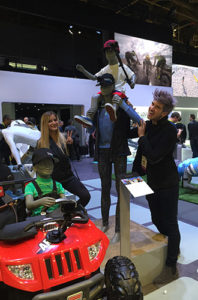 The Consumer Electronic Show (CES®) 2016 has ended in Las Vegas, the United States as the most expansive CES, breaking records across the board and providing unparalleled opportunities for companies big and small to launch innovation to the world market.

More than 3,800 exhibitors unveiled their latest technologies across more than 2.47 million net square feet of exhibit space this week. CES 2016 touched every major global industry and showcased the latest wave of products and technologies that are connecting the world, enhancing lives and solving global challenges.  More than 170,000 industry professionals, including more than 50,000 from outside the U.S., were drawn to this high-level business event driving the ever-changing global technology industry.

“At CES 2016 everyone saw that tech is about more than single products and services, it is about improving our world and providing hope for our future. It was awe-inspiring to see traditional and non-traditional ‘tech’ industries meet to brainstorm, partner and collaborate on ways to do business and address global issues,” said Gary Shapiro, president and CEO, Consumer Technology Association (CTA)®, formerly the Consumer Electronics Association (CEA)®. “Technology now touches every facet of our lives, from improving our workouts and the way we sleep, to keeping us safe on the roads and in our homes and even preventing or treating illnesses. CES has cemented its position as the global gathering place for all industries to be wowed by the tens of thousands of ways that technology is changing the world as we know it.”

“CES is the one place where expanding global innovation, the technology community and government can join and showcase a better future for us all,” said John Penny, chief strategy officer, Starz.

CES once again confirmed its position as the global stage for innovation, with attendees from more than 150 countries and more than 100 official delegations, including the first Cuban delegation organized by the Cuban Embassy of the U.S.

“CES allows us to reach almost all of our key global partners – dealers, technology partners, suppliers and a huge press core from around the world – in a single efficient place,” said Henry Juszkiewicz, CEO, Gibson Brands Inc. “It is not possible to touch base with so many relationships anywhere else. To have such intensity in a fun, hospitable and well organized show makes attendance a pleasure.”

Emerging innovation was at the heart of this year’s show with 500 startup companies in the Eureka Park Marketplace, up from 375 in 2015. “Eureka Park was incredibly inspiring,” said Paul Sabbah, president, Stamford International Inc.  “The exhibitors see a future that many of us have forgotten was ever there.”

From automotive technology and unmanned systems to wearables and 3D printing, the breadth and depth of innovation on display at CES is unmatched and growing. “You see so many important trends at CES,” said David Hagan, chairman and CEO, Boingo Wireless. “This week we saw that devices are no longer just connecting to the Internet, they are increasingly connected to each other.”

“We had amazing press coverage,” said Pat Lavalle, president and CEO, VOXX International Corp. “We were able to see our customers, government guests and international partners all in one place. CES is the most efficient place in the world to do business.”

While attendance numbers reached a record high, improvements to show operations enabled attendees to navigate CES 2016 with ease. For the first time, Uber and Lyft were allowed to operate in Las Vegas, increasing transportation options for attendees. “Having Uber and Lyft available here was just amazing,” said Lee Cheng, chief legal officer, senior vice president, corporate development and corporate secretary, Newegg Inc. “It made it so much easier and convenient to get around and attend meetings.”