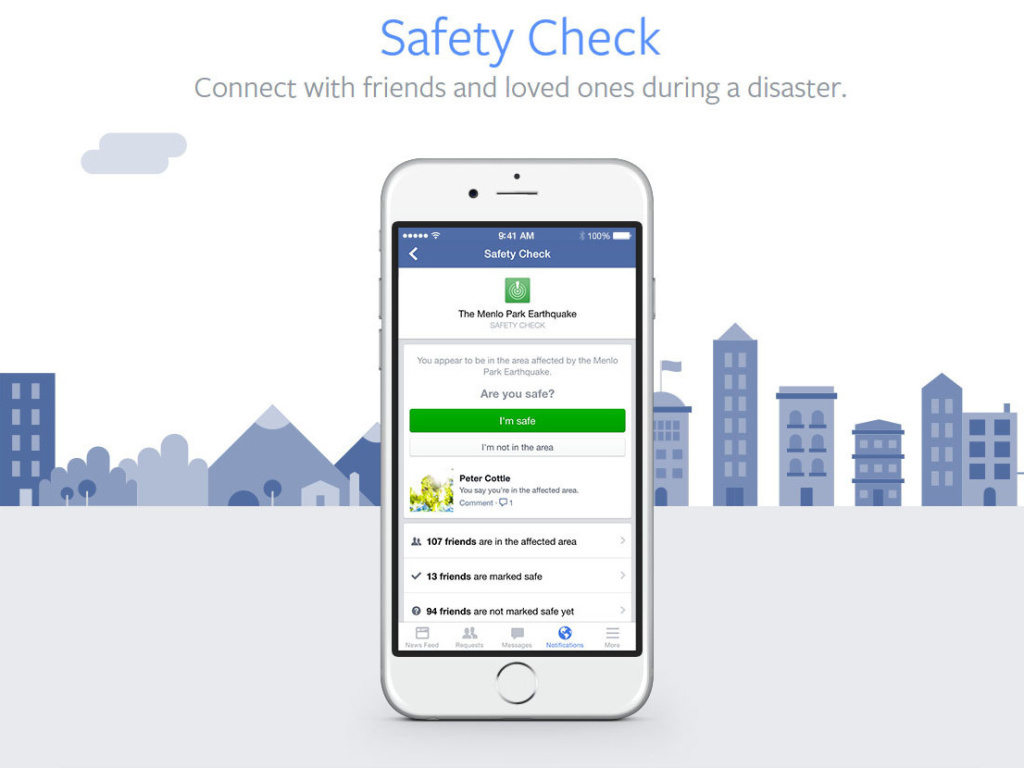 Facebook’s “Safety Check” tool, which lets users mark themselves as safe after a disaster or crisis, has been updated.

Safety Check was originally created to facilitate an existing user behavior on the social network. Facebook saw users turn to the social network to tell family and friends they were safe after disasters, such as the 2011 Japan tsunami, and created Safety Check in 2014. Facebook added the Community Help tool after observing the immense effort NGOs, communities and other organizations invested into sorting Facebook posts after a crisis to match people who could help one another and track people’s needs. Facebook saw that organizations often used Groups or documents to organize posts from the social network, but that the process was timely and redundant. To design the tool, Facebook did research interviews with people who had experienced a crisis to understand at which points they needed help in the wake of a disaster and what type of help they needed.

Starting today, Facebook is making the feature available for another purpose: Helping users access food, shelter, transportation, baby supplies, toiletries, equipment and other resources after a crisis. The new tool, called “Community Help,” lets people message other Facebook users directly to find or offer aid, and the posts are organized by location and category of request.

“With Community Help, people can find and give help and message others directly to connect after a crisis,” Facebook’s VP of social good Naomi Gleit said in a blog post. The social good team focuses on crisis response on Facebook, including suicide prevention, Safety Check, and AMBER alerts, as well as tools for charitable giving.

For starters, Community Help will only be available after natural disasters and accidents and users must be 18 to use Community Help.

Right now, Community Help will only be for natural and accidental incidents in the US, Canada, Australia, New Zealand, Saudi Arabia and India. It will roll out to more countries and more incident types as the team learn more about how people use the tools.