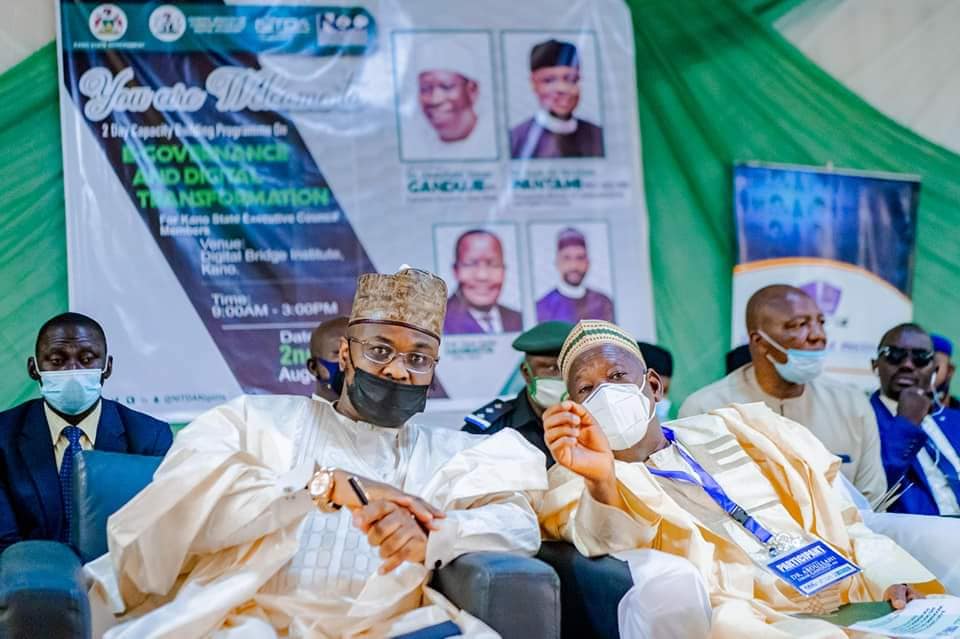 “The commencement of this programme makes Kano State Executive Council Members the first beneficiaries of this programme, specially designed to provide the state policy makers an opportunity to build their capacity on e-Governance and digital transformation.

By the end of this programme, Kano State will be well positioned to develop a strong digital economy, which will have a transformational impact on the state and entire nation at large,” said Pantami to kickstart proceedings for the 2-day event structured to build e-Governance and digital capacity in the state policy designers and top decision makers.

He added: “This program marks a significant milestone in our efforts to promote sustainable digital transformation across the country.”

The minister commended Kano state for its plans to deploy fibre optics across its boundary within the next two years, stressing that the move aligns with the National Digital Economy Policy and Strategy for a Digital Nigeria (NDEPS) launched by President Muhammadu Buhari in 2019.

“This policy cannot be implemented by the Federal Government alone, state governments need to key in”, said Pantami.

With over 5 million people and a highly cosmopolitan setting after Lagos, Nigeria’s commercial capital, Kano was chosen to pilot the nationwide capacity building scheme.

“The training is the first of its kind in Nigeria at the state level, and there cannot be a better place to start than Kano State.  Kano State is the most populous state in Nigeria and the commercial nerve centre of Northern Nigeria.

“Historically, the people of Kano have always been known to be hardworking and industrious. They were among the first people to establish major industries and conglomerates in Nigeria, trading in food and drinks, textile and footwear, tanning, ceramics, and furniture,” the minster told the audience.

“We initiated the training as a result of the discussions we had with the Executive Governor when he paid me a courtesy call at my Office on the 9th of March, 2021,” he added.

The minister also called on the Kano state government to adopt other initiatives and strategies of the federal government such as the Nigeria Interoperability Framework, and the Nigeria e-government Enterprise Framework and make them the mirror for the implementation of e-governance in the state.

His words: “E-governance is a necessity for the success of every government”, Pantami said, adding that, according to the World Bank diagnostic report of 2019, it was projected that by 2025, e-commerce activities in Nigeria will reach up to USD 75 Billion within a year.

“COVID 19 has exposed the need for digitization, which is now a necessity.”

The minister announced the donation of over 100 digital devices to the state by the federal government and called on the beneficiaries to make good use of the devices.

Governor Ganduje thanked the federal government and assured the minister of continuous partnership to enhance digital developments across the state.