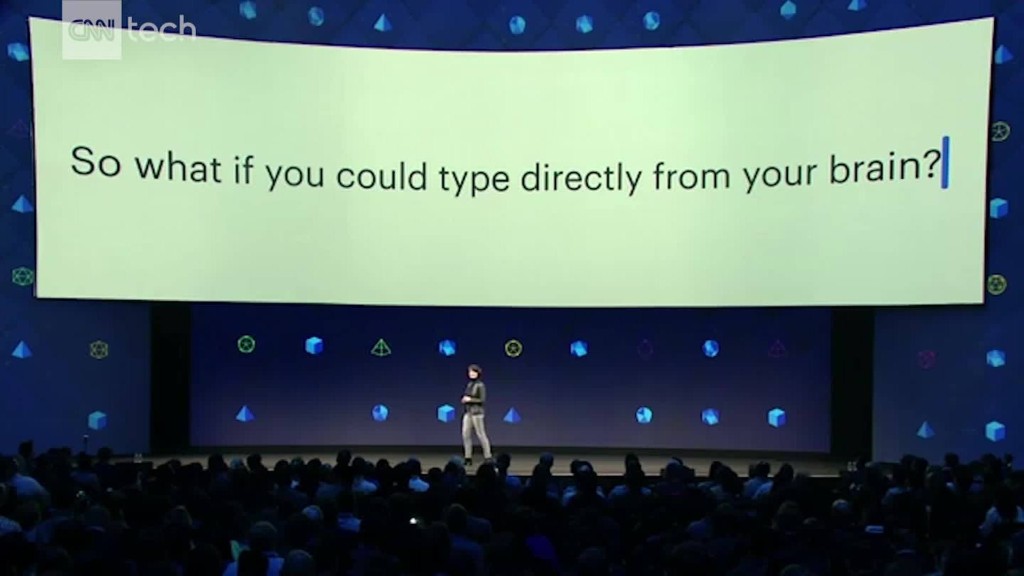 The social network giant, Facebook has announced its upcoming projects focused on building new capabilities for communication which will allow users type through their minds and hear with their skin. A technology that could let people fire off text messages or emails by thinking, instead of needing to interrupt what they are doing to use smartphone touchscreens, for example.

The projects were unveiled recently at Facebook’s F8 developer conference.

Facebook’s VP of Engineering, Regina Dugan while addressing participants at the Conference quizzed how interesting it will be if we could all type directly from our brain into a computer.

Her words: “Speech is essentially a compression algorithm and a lousy one at that. That is why we love great writers and poets because they are just a little bit better at compressing the fullness of a thought into words. What if we could type directly from our brain into a computer?”  Dugan is tasked with building F8 which is responsible for coming up with innovative hardware for the social network’s mission of connecting the world.

“Over the next 2 years, we will be building systems that demonstrate the capability to type at 100 wpm by decoding neural activity devoted to speech. Just as you take many photos and decide to share some of them, so too, you have many thoughts and decide to share some of them in the form of the spoken word. It is these words, words that you have already decided to send to the speech centre of your brain, that we seek to turn into text,” she added.

She hopes the initiative to convert thoughts into words will one day become a speech prosthetic for persons with communication disorders.

“Unlike other approaches, ours will be focused on developing a non-invasive system that could one day become a speech prosthetic for people with communication disorders or a new means for input to AR. Even something as simple as a ‘yes/no’ brain click, or a ‘brain mouse’ would be transformative,” she reckoned.

Speaking on the second project which is aimed at the possibility of hearing through your skin, she said that one day, not so far away, it may be possible for her to think in Mandarin and for us to feel it instantly in Spanish or any other language.

“We also described a system that may one day allow you to hear through your skin. You have 2 square meters of skin on your body, packed with sensors, and wired to your brain. In the 19th century, Braille taught us that we could interpret small bumps on a surface as language. Since then many techniques have emerged that illustrate our brain’s ability to reconstruct language from components. Today we demonstrated an artificial cochlea of sorts and the beginnings of a new a ‘haptic vocabulary,” she said.

Facebook founder, Mark Zuckerberg while commenting on the projects said, it will allow users type directly from their brain at a speed 5 times faster than one can type on a phone.

“We’re working on a system that will let you type straight from your brain about 5x faster than you can type on your phone today. Eventually, we want to turn it into a wearable technology that can be manufactured at scale. Even a simple yes/no “brain click” would help make things like augmented reality feel much more natural,” he said.