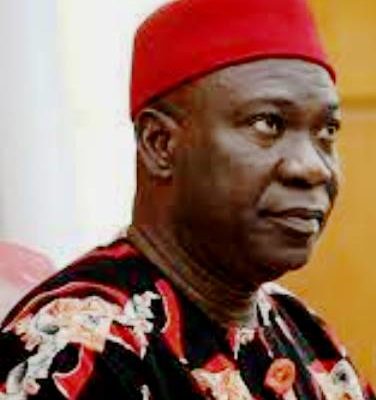 The Nigeria Data Protection Bureau (NDPB) is investigating into the use and public circulation of the personal data allegedly belonging to Nwamini David and Sonia Ekweremadu in the ongoing case of organ transplant pending before a British Court.

Nigerian Senator, Ike Ekweremadu, 60, and his wife Beatrice Nwanneka Ekweremadu, 55, are at the centre of criminal proceedings for alleged organ-harvesting scheme.

Ekweremadu and wife have been formally charged at the Uxbridge Magistrates’ Court in west London with conspiring to transport a 15 years old Nigerian boy to the UK from Lagos, Nigeria in order to harvest organs.

The court denied the couple bail and ruled that they should be remanded in custody till 7 July.

Since the case became subject of public attention, there has been publication of  the alleged victim’s international passport, National Identity Number (NIN) and other personal details by several media and social media handles in breach of the Nigeria Data Protection Regulation (NDPR), the country’s principal legislation on data privacy issued January 2019.

“The Bureau notes with concern that certain sensitive personal data purportedly belonging to the two Nigerian citizens (complainant and patient) in this case are being processed by data controllers – particularly media organization – without regard to the implications under the Nigeria Data Protection Regulation (NDPR) 2019,” the NDPB’s Legal, Enforcement & Regulations Lead, Babatunde Bamigboye in an official statement made in Abuja today.

Adding: “The National Commissioner/CEO, NDPB, Dr. Vincent Olatunji, has ordered an investigation into the use and public circulation of the personal data allegedly belonging to Nwamini David and Sonia Ekweremadu in the ongoing case of organ transplant pending before a British Court.

“NDPR prohibits the processing of personal data without the informed consent or other lawful bases known to law. Accordingly, all data controllers and all persons are hereby warned of the consequences of using anyone’s data in violation of NDPR.

“The Bureau recognizes the vital role of media organisations in educating the general public. In carrying out this important assignment, however, it is obligatory to respect the boundaries of citizens’ privacy.

“The Bureau has set machinery in motion to cooperate with other public institutions within and outside Nigeria in order to ensure transparency and accountability in the instant case.”