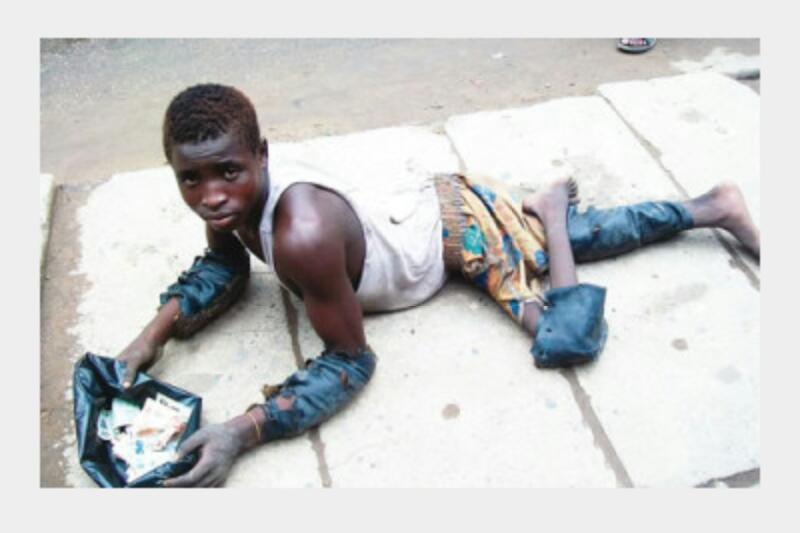 Aspiring writer, OLATUNDE AMOLE, shares his Quick-Notes on living in Lagos as he settles to work at Knowhow Media International.

On my way to work this morning, everyone seemed focused as to what to achieve. You can see the struggle of men and women both old and young striving to make their way through into the next available bus. Pedestrians on the other hand were walking as fast as their legs could carry them.

I sat close to the window in the bus I boarded. But I couldn’t help but notice the plight of a beggar by the road side. He was crippled and looked unkept. A passerby had thrown a 10 naira note to him. The way he hurriedly crawled on his belly to grab the money which was already being blown by the wind was pitiable. He didn’t even mind the fact that he was already in the middle of the road and could be crushed by the speeding vehicles – and all for just N10 which can’t even buy him a fraction of a loaf of bread.

That instant, I was both worried and anxious for him as he struggled and fought to get hold of the money. I was worried because he was crawling on his belly to grab that note while death sped all around him in that encircling maze for survival. I was anxious because he was me and you. His actions and somewhat sense of desperation broadened my orientation on what the economy of the country with the concomitant hardship had and still doing to most of us.

Haven’t we all been reduced to crawl on our belly for some miserable notes that would not put a decent meal on the table?

I am also reflecting as the notes fell and the beggar crawled to grab them daring death, isn’t that maxim playing out that little drops of water make an ocean? This goes to show that no amount is too small to be appreciated; or crawled for.

For many who don’t crawl or have to contend with picking notes in Lagos dangerous traffic, thank God for your struggle and appreciate life as grace. Whatever we have achieved or attained in life is a privilege and must be guarded jealously with all fairness of heart and humility.