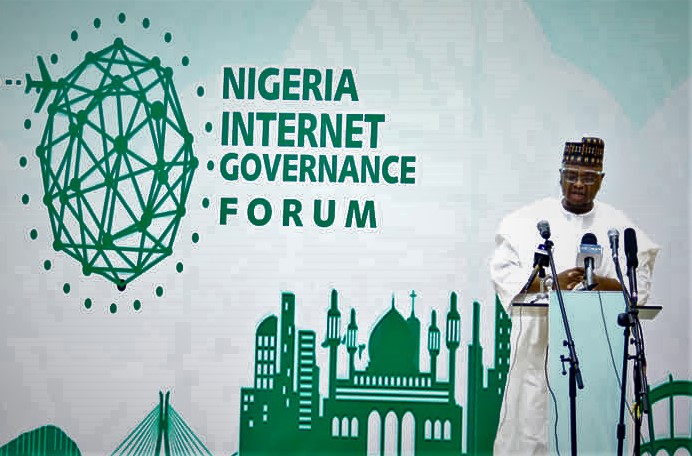 Minister of Communications and Digital Economy, Dr Isa Ali Ibrahim Pantami, believes the digital economy will contribute more than 45% to Nigeria’s GDP as Africa’s largest economy of over 200 million people adjusts to a new normal of remote work. Already, the contribution of the ICT sector alone is now more than 17%.

The minister affirmed this while speaking at the virtual Nigeria Internet Governance Forum 2020 (vNIGF) with the theme: “ Achieving Inclusive Digital Economic Development in the Post-COVID 19 Era”.

“We are making use of the covid-19 era to achieve digital economy development”, he added.

Director General,  National Information Technology Development Agency, (NITDA), Mallam Kashifu Inuwa Abdullahi, described the event as apt, adding that, “as this is a new era and it is important for government to ensure that the infrastructure it needs to keep governance up and running when all government organisations fully come on board to use the internet is already in place.”

Abdullahi maintained that the campaign to move government businesses online which is eGovernance has now become a reality, adding that there was no other choice than for government to deliver its services online which could only be achieved with corporate internet governance.

The NITDA boss who was represented by the Director, e-Government Development and Regulation, Dr Vincent Olatunji, revealed that the Office of the Head of Service of the Federation is set to formally approve and recommend virtual meetings, programmes and workshops for all government officials in the country in order to facilitate digital economy.

“A lot of people see e-governance as a bigger calamity but I see it as a bigger advantage for the sector,” said Abdullah; adding that while other sectors were losing money the IT sector was making money.

He noted that while most government organisations went to sleep during the pandemic those in the IT sector knew they have no choice than to improve on what they were doing before. “And that was why offices were kept running. Now most government organisations have keyed into this and there are so many reforms in the public sector; like the renaming of the ministry and the launch of the Digital Economy Policy and Strategy.”

Abdullahi said with the pandemic, working remotely has become the norm even globally “whether you are a developed or developing nation, in the public or private sector, you don’t have any choice but to use the internet to deliver on your services.”