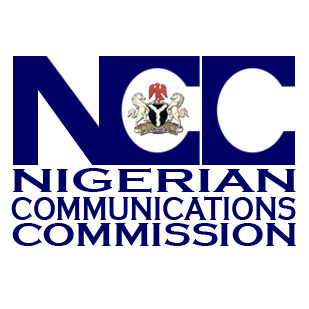 Controversy has trailed the attempt by the Nigerian Communications Commission (NCC) to re-introduce a price floor for data services. Much to the dismay of the regulator, the attempt has attracted as much arguments as it has attracted condemnations from a cross-sector of stakeholders including consumers and the legislators.

This need not be so. It is not the first time the regulator, in affirming its regulatory functions will be applying price floor for data services to checkmate predatory tendencies of dominant operators and maintain sanity in terms of fairness in a sector that is perpetually in transition.

But in the age of social media and the ‘instantly efficient uninformed commentator,’ good intention, if not well communicated, is effectively degraded by the ignorance of the majority – and painfully to the advantage of offenders.

But the NCC must not be cowed to perform its regulatory duties for which it is globally admired.

The issues are clear-cut. The telecom industry is currently entangled in a price war on data services. The big operators with large customers’ base, wider infrastructures and bigger money chests are heating up the market with lower data pricing intended to dilute the market and force out not-so strong operators. That is dangerous for any market!

To tame the chaos, the regulator resorted to its time-tested tool: the Data Price Floor- a price benchmark for which all operators are expected to comply. In the past, the tool has been effective without any controversy. But that was in the pre-social media age when regulatory actions attracted little or no public attention.

In fact, in May 2013, the NCC imposed a price floor on telecoms operators to address the predatory excesses of some of the operators it deemed dominant. The regulator would almost 18 months later, lift the price floor imposition in October 13, 2015 affording the operators the liberty to sell data at any price they deemed fit.

Its intervention plan for December 1, 2016 was to restore sanity by benchmarking the lowest price at which data could be sold by any operator. As it is today, some operators reining in on their bigger market size are able to sell data at over 50% less other small operators in a clear move to stifle them out by unfair pricing. The regulator cannot allow this to happen!

No one knows this best more than the country’s chief telecom regulator himself – Prof Umaru Danbatta words rings true to the problem: “A situation where a dominant operator provides services far below what is obtainable in the sector in order to attract more customers may lead to a situation where smaller operators will be forced to shut down. We stepped in when we noticed price war in the sector. The price war was already reaching undesirable level that we had to step in to prevent a monopoly like the days of NITEL.”

Albeit, the country’s forex crisis and rising inflation, particularly as most components/equipment used in the sector are imported, most impact on pricing but not sufficiently enough to warrant predatory pricing by any operator. The NCC must act now and decisively to prevent the ultimate market chaos.