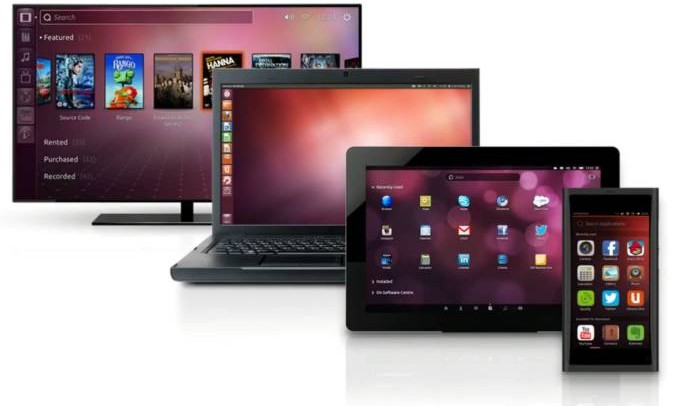 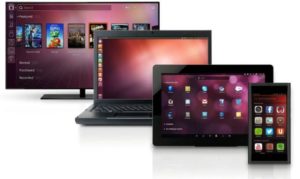 Since the internet became part and parcel of our existence and communication became more than a piece of telephone box, everything at home and the workplace has changed.  Technology convergence has opened new frontiers for social and business engagements.  Banks have gone into the mobile phone and schools have become web based platforms. There are more! Countless possibilities and increasing numbers of once unfathomable vistas that have changed the way we live and the way global economy operates. Just one window may serve as your broadcast receiver, your World Wide Web platform, your ecommerce place and your everything. In the age of internet of everything (IoE), there are no more definable walls or limits; there are just connecting pipes, platforms, contents, people, innovations, and the ubiquitous regulators grappling with thinning lines of once separate technologies as convergence take firmer foothold.

As participants at the 7th West Africa Convergence Conference that held in Lagos recently noted, convergence poses challenges to regulators but most importantly, it alters the market dynamics. Also, it is the singular pivotal factor determining the future of multiple sectors. Disruptive technologies will continue to alter the status quo; how regulatory authorities and policy makers react to convergence will ultimately determine how slow or fast an economy joins the global train.  Here’s one important take from infoDev:

“The ICT sector has undergone some dramatic changes in recent years, triggered by the development of new technologies and the convergence of existing ones, leading to a merging of markets and services. These developments affect traditional policy strategies, raising the question of how to deal with growing pressure to adopt converged regulatory regimes and how to successfully realize the potential of alternative network infrastructures. Over the past few decades these dramatic technological advances have coincided with a first wave of reform in developing countries, which has had a positive impact.

“However, this positive impact was largely accidental, resulting from a combination of internal and external pressures to open telecom markets and the transfer of GSM technology, which had achieved economies of scale from deployments in more mature markets. With digitization, all media become translatable into each other and escape from their traditional means of transmission: convergence relates to the merging of separate fields. What is primarily conceived of as convergence relates to technology, but in a secondary sense, a number of other fields come into play, including services, markets, related player configurations (industry alliances and mergers) and regulation (http://www.infodev.org/articles/technological-convergence-and-regulation) 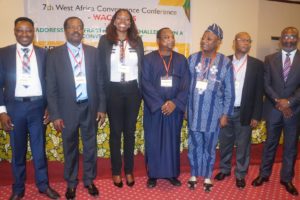 Experts who gathered at this year’s West Africa Convergence Conference held in Lagos have called on the government to converge regulatory authorities in the communications industry in line with the current reality of IT convergence for accelerated economic growth and efficient management of reports.

One of the major issues for critical evaluation and discussion among stakeholders at this year’s edition of the West Africa Convergence Conference held in Lagos was the imperatives of effecting the harmonisation of the some critical regulators, overseeing different aspects of the nation’s Information and Communication Technology (ICT) industry.

The conference was to evaluate the current state of infrastructure challenges and how convergence could make the difference in terms of costs reduction, among other objectives.

The forum, with the theme: “Addressing Infrastructural Challenges in a Converged market” turned out to be a gathering of stakeholders who frenetically stressed the need for a converged regulation in the ICT and related sectors, namely the telecoms, broadcasting and postal service.

As such, a merger is being advocated between two key agencies of the government, the Nigerian Communications Commission (NCC) and the National Broadcasting Commission (NBC), and possibly the National Information Technology Development Agency (NITDA) and Nigerian Postal Service (NIPOST).

According to the stakeholders, the world is increasingly experiencing a convergence of technologies, where the lines between telecoms and broadcasting regulations are becoming blurred by the day and where regulatory merger has become expedient for efficient resources management for accelerated economic growth.

“Today, the reality is that technologies are converging and the industry has also recommended the merger of NCC and NBC so as to ensure efficient utilisation of spectrum and other resources. This is one reality we cannot run away from,” said President Association of Telecoms Companies of Nigeria, Engr. Lanre Ajayi. He, however, said broadband development is key to driving convergence by getting policy and actions right to attract private sector investment in broadband infrastructure.

Executive Vice Chairman of the NCC, Prof Umar Danbatta, said, as the country, like other nations around the world witnesses technologies convergence, converging the regulators might also be a necessary condition to achieve much efficiency.

But the NBC Director-General, Mr. Emeka Mba, maintained that while broadcasting sector has a lot of benefit from the ongoing convergence, even as the country plans to achieve digital switch-over from analogue to digital broadcasting by 2017, “government policy on convergence is still cloudy.”Mba further explained that the issue of convergence should go beyond merging of agencies as such move also requires effective management of available resources to spur economic growth.

“What is most significant s how we see convergence. It cannot just be the issue of merging entities. The major issue has always been who controls the spectrum,” he said.

He, however, said the policy on whether to merge the agency should be “left to the new Minister of Communications, Barr. Adebayo Shittu and the new cabinet to decide,” saying it is beyond the regulatory agencies themselves.”

According to him, the future is convergence and that the need to take an action has come for the country.

“ICT convergence has become part of our daily lives. Convergence impacts on everything and everyone, There are no longer separate fields on how we use technology at home or in the workplace; inside fixed locations or while we are at the go.

“You cannot tell if the mobile phone can best be called a standard television screen. Telecoms operators and broadcast regulators must engage each other because the traditional broadcast media has long lost viewers to the new audience in converged media,” he explained.Consequently, in a communiqué issued at the end of the event, which chronicles key deliberations and recommendations, the participants numbering over 250, noted that the lack of industry convergence in the Nigerian ICT sector has resulted in fragmentation and inefficient management of resources.

Another area touched by stakeholders was the issue of data penetration, which is considerably low when compared with the 107 voice teledensity in the country.

According to them, growth in the data segment is said to be lagging far behind at less than 30 per cent and with broadband standing at just 10 per cent of the population compared to that of voice services where density is above 107 per cent. Nigeria has total active internet subscription of over 97.8 million currently.

They noted, however, that though a huge bandwidth capacity of over 9 terabyte per second landed at the shores of the country via four submarine cable operators, inter-city transmission has been a major issue.

Meanwhile, the Federal Government is promoting the rapid establishment of recovery agreements and the delivery of additional cable landing points to other coastal states in the country, even as it is also looking into ways to facilitate the distribution of the current landed fibre capacity of over 9Tb/s at the shores of Lagos to fast track last-mile penetration in the country.

As such, President, Medallion Communications, Mr. Ikechukwu Nnamani, said there was a need for stakeholders to come up with the incentives for stimulating broadband infrastructure rollout across the country by reducing import duties on devices, agree financials for infrastructure sharing.

According to the stakeholders, funding options for accelerating broadband infrastructure rollout must be stepped up and the need to have a framework for costing and pricing across board in the broadband implementation regime must be clearly marshalled.

Issues on ICT infrastructure, the need for state government to open up their states for faster infrastructure deployment to rip its economic benefits, need to drive local contents, government directive on getting its services online through Galaxy Backbone, the promotion of Nigerian cloud based services and necessary financial stimuli, as well as efforts being made NBC towards meeting the 2017 new date for digital switch-over (DSO) for the broadcasting industry also formed the crux of discuss

Also, the role a good policy on outsourcing can play in the provision of employment for the Nigerian youths and how satellite resources managed by the Nigerian Communication Satellite Limited (NIGCOMSAT) can complement the fibre to drive and improve broadband penetration in Nigeria, among others were also highlighted.

In his contribution, the Nigeria Internet Registration Association (NIRA), Mr. Sunday Afolayan, underscored the importance of encouraging Nigerian local contents in the Internet convergence, where there is the peaceful/efficient coexistence of voice, data and video communication within the same network, the Internet.

“With this rate of convergence of the Internet of the world, local contents from all over the world are being rapidly uploaded and promoted. Nigerians need to join the world to upload our local contents to project Nigerian images online worldwide, advertising Nigerian culture, products, stories, etc. This will help in educating the world about Nigeria, Nigerian people, our culture, our rich and natural resources,” he said.

After extensive discussions and with convergence technically and economically viable in Nigeria, the conference called for a harmonised regulatory platform for ICTs, telecoms and broadcasting even it recognised that regulations alone do not solve problems but the evolution of creative thought leadership.

Other recommendations center on the need for strategic efforts to ensure deeper penetration of ICT infrastructure, especially broadband access in the private and public sectors; calls for the government to consider merging regulator authorities as technology platforms converge and a need for the implementation of public enlightenment on the DSO project, among other.

Also, the participants also noted that for Nigeria to reach its projected growth by 2020, it must engage more of the opportunities in outsourcing, do more to ensure the continuous development of Nigerian contents on social media platforms.

“Every race, nation and communities must be able to decipher what is good for it without necessarily enslaving itself to the dictates of the West which seems to be current practice among the developing nations. There is no single culture or strategy that is perfectly adapted to economic growth and development. Each nation will have to figure out its path out of relative obscurity,” the communiqué issued at said. 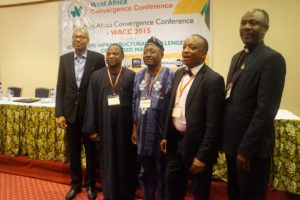 The West Africa Convergence Conference – WACC Summit and Exhibition organized by the Knowhow Media International (KMI) took place at the Lagos Sheraton Hotel, Ikeja, Lagos State, Nigeria from Thursday, 12th to Friday, 13th November 2015. The theme of the conference was “Addressing Infrastructural Challenges in a Converged Market”. The programme started with a pre-conference dinner on Thursday, 12th November while the full business sessions took place on Friday, 13th November 2015.

The chairman in his welcome address commended delegates for making out time to contribute to the conversation on convergence. He said that their contribution at the conference was going to be timely and priceless in giving critical inputs to government in its policy direction.

About 250 delegates who participated at the conference were drawn from across the Public and Private Sectors, Civil Society Groups, Students, the Academia and the Media. The speakers were experts drawn from various fields of Information Communications Technology (ICT) and beyond. There were Four Plenary sessions with a total number of 14 papers delivered. The sessions presented included Session 1: Convergence and Broadband Infrastructure, Session ll: Convergence, Digital Migration and Trends in the Broadcast Industry, Session lll: Convergence Trends and Local Content and Session lV: Convergence and BPO/Outsourcing – Opportunities and Challenges in Nigeria.

After extensive discussions, the following recommendations were made: