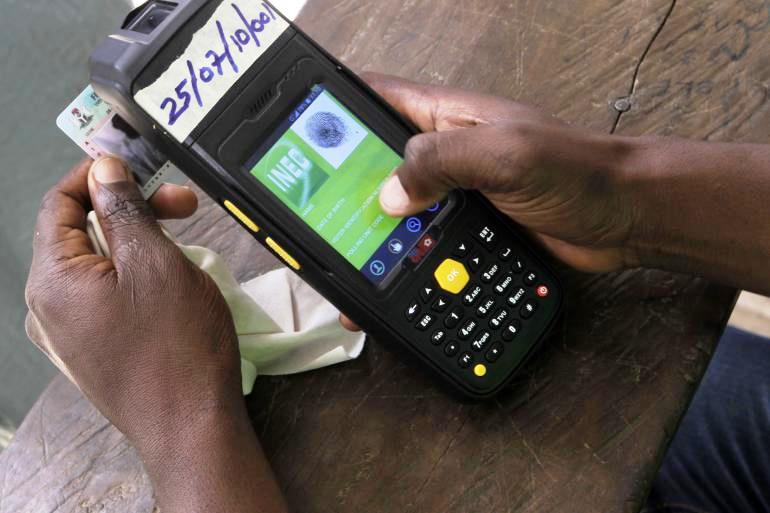 “IT HAS BECOME IMPERATIVE THAT NIGERIA MAKE THE INEVITABLE TRANSITION TO FULL ELECTRONIC VOTING. THE TECHNOLOGY, COST, AWARENESS AND LOGISTICS HAVE NOW REACHED A LEVEL WHERE IT IS NOT ONLY FEASIBLE BUT FAR MORE EFFICIENT THAN THE CURRENT METHOD OF CONDUCTING THE ELECTIONS.”

By Suleiman Arzika
On 23rd February 2019, I left my house after a hurried breakfast about 10am to join the queue to vote for the Presidential and National Assembly elections. As usual with things Nigerian, it was noisy, rowdy, confused, manual and thoroughly chaotic experience. Finally about 1pm, I was at the head of the queue to present my PVC (Permanent Voters Card), had my name checked on the list, my fingernail painted and given my ballot papers. I then made my choice by thumb printing with an ink pad onto the ballot papers and then slotted into the designated ballot boxes. I noticed that the ballot boxes were sealed on one side but left open on the other side and I complained about to several of the Independent National Electoral Commission (INEC), Police and observer teams that the boxes ought to be sealed on all sides to prevent ballot stuffing. They kept assuring me, it will be addressed. It wasn’t until i decided I was tired and hungry enough and left the scene about 2pm. 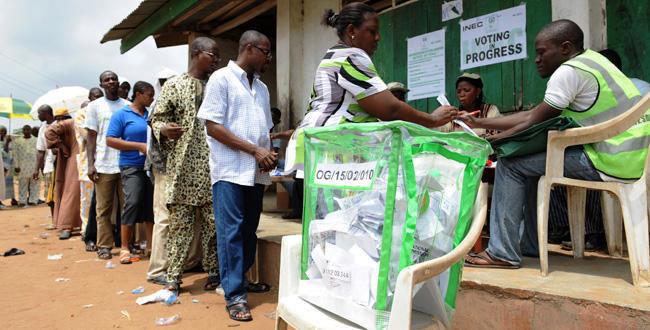 It had taken me four hours to complete this process. This pales into insignificance when one contemplates that the whole country was shut down, all transportation and commercial activity was halted nationwide for the whole day. INEC spent about N190b (more than USD 500m), all security agencies were fully mobilized akin to a war, borders closed, special prayers held, hundreds of foreign observers and peace missions came in to help ensure that the elections were conducted peacefully and smoothly. INEC had to postpone the elections which had been scheduled for the previous weekend (16th February) just a few hours to the election when it suddenly realized that its logistics bottlenecks were enough to derail the election. Yet as I write this blog (Tuesday 26th February), less than half of the results of the election have been officially announced.\
I decided to write on an idea that occurred to me during the chaotic long wait in the queue for the election. It has become imperative that Nigeria make the inevitable transition to full electronic voting. The technology, cost, awareness and logistics have now reached a level where it is not only feasible but far more efficient than the current method of conducting the elections. And I will explain the broad idea so that we all can build on it and hopefully get this done by the next election. I hope that this past election is the last manual election that Nigerians will have to be subjected to.
Electronic Voting Process Made Easy

Let’s start from the PVC. As we all know, the election process starts with the registration of voters to acquire their PVC. The PVC is basically a card with the person’s details linked to the INEC database of registered voters. This is now a tedious process which ends up with a lot of people being unable to collect their cards. But this is a database that includes pictures and fingerprints. The current INEC database already sifts through and eliminates double registration and other abuses. The PVC is almost foolproof that one person is not able to have more than one PVC. So the challenge is registration and collection. Solution: Allow all banks, NIMC, FRSC, Passport offices and post offices to be able to register and issue PVC. They already have the capture machines in place and all they need to do is connect to the INEC database to register, verify and then print. Connection of these locations via internet based VPN which is easily available via any decent connection such as wifi, 3G or VSAT solves this problem.

“Electronic voting will totally eliminate the incidents of ballot snatching, burning of ballot boxes and even voters themselves and the countless manual mistakes and discrepancies that have marred our elections in Nigeria.”

This brings us to the voting itself. The current card reader which is used to validate the PVC can be connected to a tablet (Ipad) and the tablet can be fixed to a desk or wall or any stationary device that holds it in place. Once the PVC is validated, the tablet displays the options for Presidential, House of Reps, Senate, etc and then the parties contesting the election. The voter clicks on the party he is voting for and that choice is transmitted real time to the database servers collating the results of the election. This can also be provided on a web based app where the voter enters his PVC number and when its validated using normal voting criteria, the voter gets the page to select his choice for the election.
The main challenge not yet addressed here is electronic communication between the tablets at the polling units and the database servers in INEC HQ or datacenter. I propose that this can easily be achieved today to provide up to the 200,000 odd locations required by INEC using a combination of the over 30,000 km of fiber optic network linking all the major cities in Nigeria, Radio Microwave connections belonging to the major telcos and the IT centers in schools and other locations funded by various bodies of the Federal Government like the NCC/USPF, NITDA, TETFUND, etc. More areas not covered under these prog

The prices for these services are very much within reach and I will attempt to give a rough breakdown below.
Fiber /Microwave Backbone to 200 cities and state capitals  @ N10m each – N2b
Wifi, microwave or satellite connection to each PU @ N500,000 for 200,000 polling units – N100b
200,000 Tablets (ipads) @ USD200 (N70,000) to be connected to the card readers already owned by INEC – N14b
Database and software upgrade and enhancement -(USD10m) N3.6b
Additional PVCs, spares and consumables – N10b
Training, professional services, etc – N10b
Miscellaneous – N10b.
TOTAL – N149.6b
This amount very tentative and can significantly come down, saves the Federal Government about N40b (based on the budget approved for the 2019 election which is about N190b) and makes life very easy for the millions of Nigerians who don’t have to queue in very rowdy and even dangerous environments to vote. Transportation and commercial activities do not have to be closed down and the elections don’t have to all be done in a day, it can be done in 7 days! The results can be available on INEC website real time and be tracked as every single voter casts their votes.
I agree that I may not have captured the full activities in an election exercise but I believe these are the most significant costs if the electronic voting system is used. The database and hardware can be used for 3-4 election cycles with minimal upgrade and the cost of connectivity which I have overstated can be much lower over time as we move into the world of 5G and internet of things (IOT).

“When one considers that the entire Nigerian financial system and indeed the world is run on electronic systems despite the risks, I think we can have confidence that we can secure the electronic voting platform.”

Electronic voting will totally eliminate the incidents of ballot snatching, burning of ballot boxes and even voters themselves and the countless manual mistakes and discrepancies that have marred our elections in Nigeria.
There are risks associated with electronic systems the most prominent of which is hacking the system to alter the results. While these conceivably exist, there are numerous methods to secure electronic systems and minimize these risks; and even if they do occur, it is easier and cheaper to fix them and re-run the election than the cost we incurred 2 weeks ago when INEC discovered that its logistics arrangements had failed. When one considers that the entire Nigerian financial system and indeed the world is run on electronic systems despite the risks, i think we can have confidence that we can secure the electronic voting platform.
I hope that my colleagues in the digital and information technology industry in Nigeria will come together for us to form a strong lobby to convince all stakeholders and decision makers that Nigeria must conduct all subsequent elections on electronic systems due to the benefits and reliability the option provides. 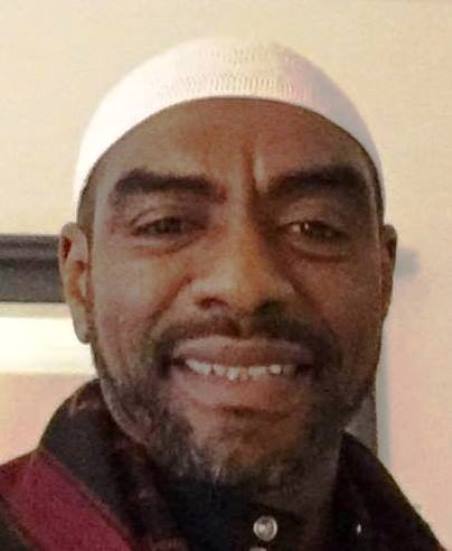 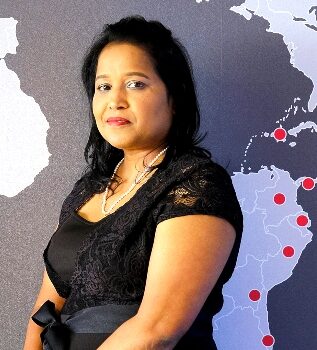