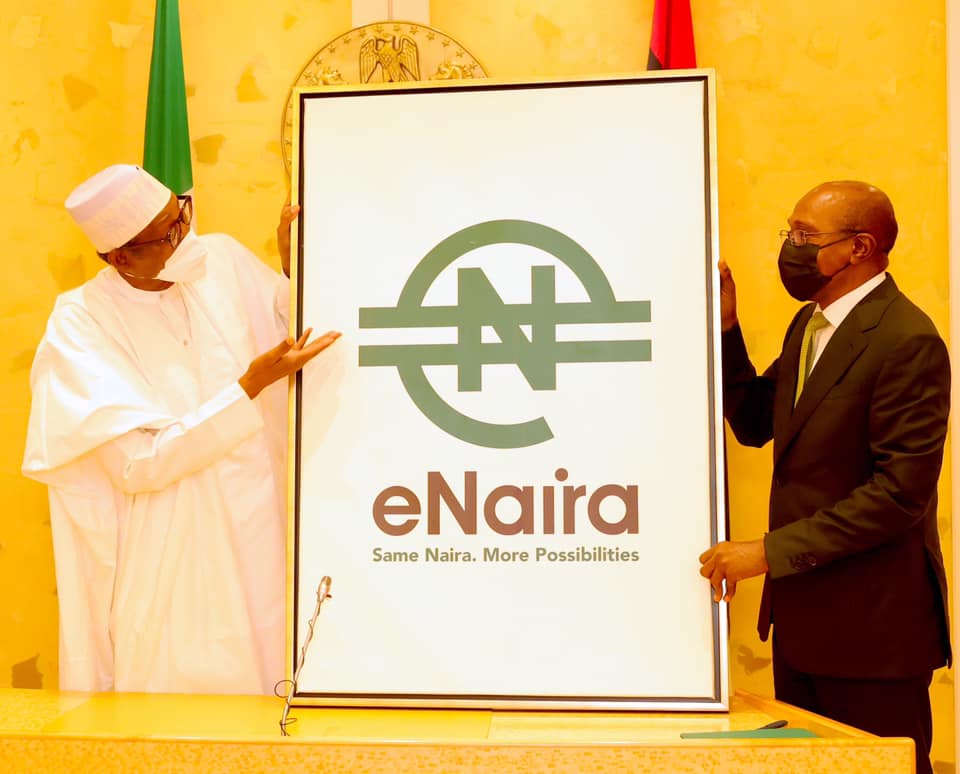 Nigeria has launched the eNaira, the Central Bank Digital Currency (CBDC), to become the first in sub-Saharan Africa to fully launch a digital currency.

“We have become the first country in Africa and one of the first in the world to introduce a digital currency to our citizens,” President Buhari said at the official launch.

The president expressed confidence that the digital currency and the blockchain technology it uses can trigger economic growth and increase Nigeria’s GDP by $29 billion over the next 10 years.

The eNaira app and its merchant wallet are now live. They can be downloaded on Google playstore and Apple store.

Despite official ban on cryptocurrencies, Nigeria remains a fast-growing market for cryptocurrencies as “people look for ways to avoid the weakening naira currency and combat high costs of living and unemployment in Africa’s most populous country,” reports France24.

The eNaira was developed by fintech company Barbados based Bitt Inc., already being registered as a Nigerian company with a major stake by the Central Bank of Nigeria (CBN).

About 500 million eNaira ($1.21 million) has already been minted, according to governor of the CBN, Godwin Emefiele.

The CBDCs and cryptocurrencies are both virtual money though the CBDCs are legal tender regulated by central banks while cryptos are out of government control.

According to the CBN on its website: “eNaira is a Central Bank of Nigeria-issued digital currency that provides a unique form of money denominated in Naira.

“eNaira serves as both a medium of exchange and a store of value, offering better payment prospects in retail transactions when compared to cash payments.”