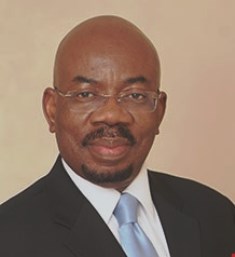 First government made a promise. It would encourage the growth of indigenous software development. Then government threw a challenge. It asked those who profess to love the development of local software industry to provide the vision with a sense of leadership.

Banker and IT enthusiast Jim Ovia accepted the challenge. The result is the Ovia led National Software Development Initiative (NSDI).

After the government made a promise that it fulfilled. It approved that a wing of the Federal Secretariat, Ikoyi, Lagos be leased to the NSDI to establish Black Africa’s most populous country software park.

That was months ago! When the decision was made, even pessimists were won over that this government was dead serious about getting local techies busy in a more organized manner on building a hub for software applications that would change things.

And there are so many things to change. The undue dependence on oil money. The forgotten talents wasting in dilapidated higher institutions and frail research centres. The intense ambition to run abroad and find meaning in saner climate; and so, on and so forth.

The NSDI was the platform that helped to recover hope for an otherwise disillusioned critical but increasingly emasculated segment of the population.

All of a sudden, software practitioners who had given up on the country and the government got some sort of vim to come up with ideas on how Nigeria can create its own Bangalore.

Some optimists were already talking of changing the picture, as it exists today. It’s an awry one. I mean financially speaking as it affects our FOREX. Imported software cost the country about $900 million in 2004. More than 90% of blue chips had their operations driven by foreign software.

In 2004 as it is now, local software developers were more engaged not in advancing the frontiers of soft code production but in adjusting the local environment to cope with the design of imported software.

What the Software Park symbolized was that there would be a new form of creative engagement. There would be a more systematic approach to making indigenous software a practicable and rewarding experience for the practitioners.

Things won’t change overnight. Not the skepticisms over how robust, friendly or commercially viable are indigenous applications. But even skeptics believed that if the idea of a software park is sustained then the viability of locally made applications can be sustained and then global acceptance would follow.

But! government killed all that; proved the skeptics right and made a bonfire of the hope with which local software optimists had nurtured the NSDI.

Deciding that the entire Ikoyi Secretariat be converted to residential apartments for Nigerians in Diaspora was akin to telling software promoters to go hang. After all, they won’t bring the immediate money that those living in exile would bring once they are assured of a cozy living environment in Ikoyi.

Perhaps, it does not know its decision to reverse its earlier decision killed a budding promise that indigenous software could flower. Now, trust is killed and the pessimists have their day.

Maybe, someone forgot to remind the decision makers that a wing had been slated to be a software park. It is possible nobody made a spirited effort to remind the president that he encouraged hope for Nigerian Bangalore when he promised to have a wing of the Secretariat giving to the NSDI.

Now that the decision has been reversed, we are back to bottom eating dry bread and mourning forgotten promises.

How long will IT be regarded as secondary and not primary item? How long will indigenous developers carry their heads low in shame and poverty in an age when IT has redefined society and man?

The NSDI had not even started facing its early morning challenges before it was asked to wind up its presence. The last on the initiative was the struggle to raise N10 billion to restore the burnt structure and then face the business of building software.

Maybe, the NSDI was, after all, one of those early morning dreams the Nigerian leadership normally offer its restless citizens at the peak of noon so that when night comes, there would be no need to dream again but grab something near you to do such as checking out like Andrew. And; who knows, when you return, there would be a renovated secretariat turned residential apartment waiting for you.

In the final analysis, it is more profitable to be an exile than a software developer wasting time behind a computer to write codes. One day when you return, the code writer would lose his space for you. The only place he won’t is in India where governments don’t offer mid-day dreams that die off at nights.

“Its decision to reverse its earlier decision killed a budding promise that indigenous software could flower”.