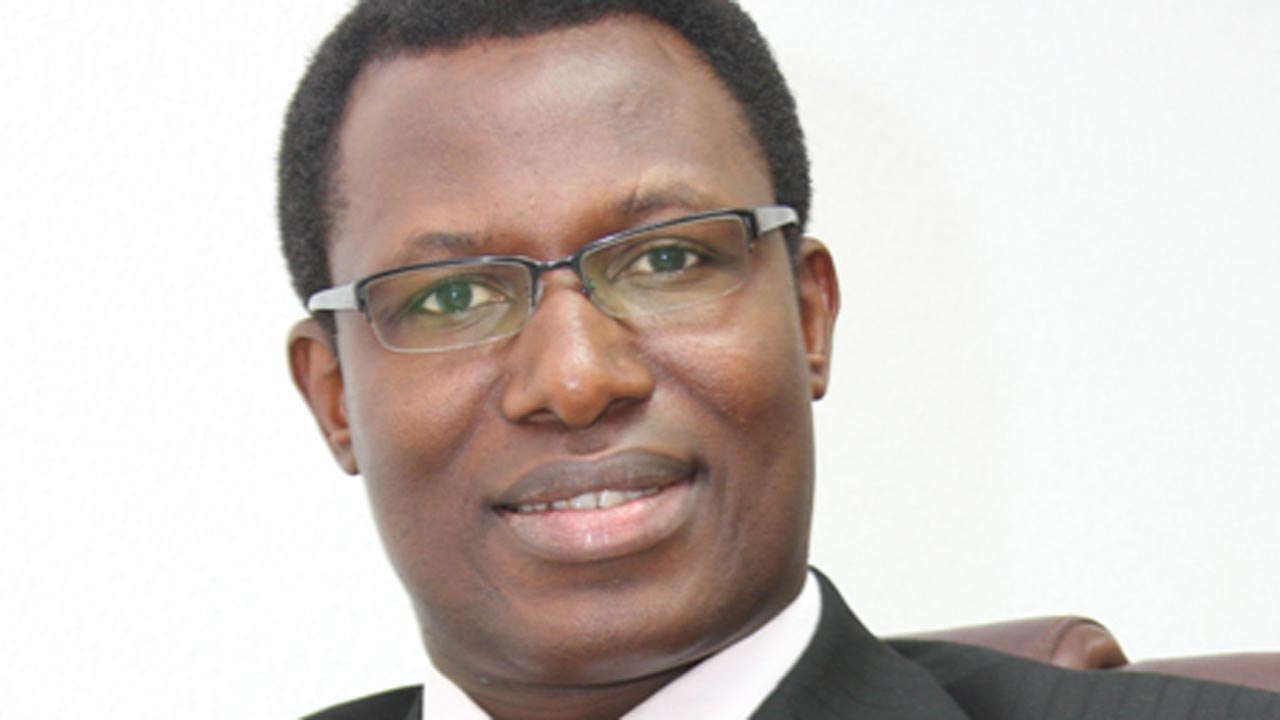 The Association of Licensed Telecommunications Operators of Nigeria (ALTON) has asked the Central Bank of Nigeria (CBN) for priority allocation of foreign exchange (forex) to the telecoms sector warning that scarce forex was impacting negatively on operators’ ability to sustain and expand service.

ALTON is the umbrella body for network operators including MTN, Globacom. Etisalat and Airtel. The paucity of forex has slowed down maintenance and network expansion in an industry that depends heavily on equipment and skill import.

ALTON is led by Mr. Gbenga Adebayo, its president.

Alarmed that the telecom industry could get frozen, the telecoms regulator, Nigerian Communications Commission (NCC) weeks back had approached the CBN for quick intervention.

ALTON at the weekend in Lagos declared the situation as both alarming and desperate and has asked the NCC “to fast track the on-going engagement with the Central Bank of Nigeria to include telecommunications equipment and invisibles among the list of items/sectors to be allocated from the 60% FX availability by the Banks regardless of source of inflows.  This is to ensure the continued provision of world class telecommunications services to the consumers.”

ALTON, in Lagos at the weekend, has released an official statement on the sector’s forex challenge. See statement:

The Association of Licensed Telecommunications Operators of Nigeria (ALTON) on behalf of its members respectfully brings to the attention of the Executive Vice Chairman (EVC) the challenges our members are having in purchasing Foreign Exchange (FX) from Interbank Market to fulfill obligations to Equipment Suppliers and Foreign Vendors.  This situation is adversely impacting our members’ network operations and we would appreciate the Commission’s urgent assistance.

The prevailing scarcity of FX has occasioned a situation where the Banks are unable to obtain FX for an upward period of six months despite the submission of pre-requisite documentation for such transactions. ALTON respectfully seeks the indulgence of the EVC to provide background information resulting to the subsisting regime of exempting Telecommunications Industry from the Central Bank of Nigeria (CBN) intervention window:

a)In November 2014, the CBN excluded telecommunications equipment and invisibles from the Retail Dutch Auction System (RDAS), where the exchange rate was N155/$. ALTON members were mandated to purchase FX from Interbank at the rate of N199/$. The CBN subsequently introduced a floating FX regime at the interbank market and cleared 3 months backlogs at N280/$ and this technically moved the exchange rate from N199/$ to N280 levels.

b)The CBN subsequently issued another circular mandating Banks effective 22 August 2016 to sell 60% of all FX availability irrespective of the source of inflows to the manufacturing sector and the balance (i.e. 40%) to other sectors. This directive tactically closed FX inflows even from Parent Companies of ALTON’s members, thereby exacerbating the impact of the Illiquid FX market on our members’ operations and the industry at large.

c) The CBN further requested Banks on 14 October 2016 to submit all outstanding FX requests for Manufacturing, Agriculture and Airlines Sectors to enable it sell 2 months Forwards, whilst the equipment imported by the Telecommunications Industries either via Letters of Credit or Certificate of Capital Importation (based on deferred payment terms) were excluded from the intervention.

ALTON states that Telecommunications Service Providers are similar to manufacturing firms and deserve to be treated in the same manner.  The core network equipment and other auxiliary equipment procured for providing Voice and Data Services are equivalent to plant and machinery acquired by the manufacturing firms for the production of goods and services in the country.

The under listed items classified as plants and machinery are procured and imported into the country by the Telecommunications Service Providers:

The aforementioned equipment is subsequently integrated to form a network to provide services of Voice/Data/SMS/VAS/Enterprise solutions/leased lines – which are finished goods in the Telecommunications Sector.

In addition, Telecommunications Sector is termed “infrastructure of infrastructures” and Social Overhead Capital which propels productivity in other sectors of the economy.  The multiplier effects of efficient and reliable telecommunications services on other spheres of the economy, such as banking, aviation, and hospitality cannot be overemphasized. ALTON is of the opinion that Telecommunications Sector deserves to be supported through direct FX allocation from the CBN interventions.  This will facilitate the deployment of pervasive broadband network nationwide and ensure that the country retains its prime position, as the largest Telecommunications market in Africa ahead of South Africa in terms of subscriber base.

Impact of the Subsisting FX Regime on Telecommunications Sector

The exemption of Telecommunications Equipment and Services from items to be accorded priority in the allocation of FX by the Banks has adversely impacted the industry as follows:

a)Increased Operating Cost: In the absence of local substitutes for its plant and machinery, the Telecommunications Service Providers are constrained to source FX from interbank market at higher rates compared to other sectors such as Manufacturing, Aviation and Agriculture accorded priority in FX allocation at reduced rates by the CBN.  Owing to the prevailing economic situation in the country, ALTON members cannot transfer the increased cost burden to the consumers, thereby contracting profitability and ability to make further investment to drive growth in the industry.

b)Unfavourable Credit Terms: The prevailing scarcity of FX in the country has made it very challenging for ALTON members to honour their obligations to foreign vendors as at when due.  This has occasioned delayed payment to Equipment Suppliers and other foreign vendors, who have now resorted to imposing unfavourable payment terms on Telecommunications Service Providers in Nigeria.  Some of the Foreign Vendors had issued Notice of Disconnection of service, which could disrupt service availability with the attendant impact on customers’ experience.  This further underscores the need for an urgent action to be taken towards addressing the lingering scarcity of FX facing the industry.

c)Delayed implementation of Network Enhancement and Improvement Initiatives:  Recall that ALTON members made commitments intended to ensure the implementation of National Quality of Service (QoS) Fixing Project.  This is a coordinated network investment plan supervised by the Commission at designated locations nationwide over a period of time by the Telecommunications Service Providers to ensure improved QoS.  The continuity of this initiative is dependent on obtaining FX to import equipment required to carry out the intended National QoS Fixing Project.  ALTON is of the view that if proactive measures are not taken to ensure easy access to FX, the National QoS Fixing Project is likely to be adversely impacted to the detriment of the citizenry and economy.

d)Affect National Broadband Plan:  The Government in 2013 published a National Broadband Plan (2013 – 2018) intended to ensure the deployment of pervasive and ubiquitous broadband infrastructure nationwide to facilitate the realisation of a fivefold increase in broadband penetration from 6% as at 2012 to 30% in 2018. On this note, the Commission divided the country into seven (7) Zones and has licensed two Infrastructure Companies (InfraCos) for Lagos and North Central Zones to deploy the metro fiber optic network. The Commission recently published a notice of the commencement of the process for the licensing of InfraCos on Open Access Model for the deployment of the optic fibre infrastructure broadband network in the other zones (i.e. North East, North West, South South, South East and South West) of the country.

It appears that the prevailing scarcity of FX has adversely impacted the deployment of metro fibre network, as the earlier licensed InfraCos are yet to make significant progress in the deployment of optic fibre across their respective licensed locations, hence the need for strategic support to the Telecommunications Service Providers by ensuring easy access to FX to import required equipment and undertake the pending projects, as well as fulfil outstanding obligations to Foreign Vendors without further delay for the continued growth and development of the industry.

In the light of the foregoing, ALTON respectfully requests the Commission to fast track the ongoing engagement with the Central Bank of Nigeria to include Telecommunications Equipment and Invisibles among the list of items/Sectors to be allocated from the 60% FX availability by the Banks regardless of the source of inflows.  This is to ensure the continued provision of world class telecommunications services to the consumers.