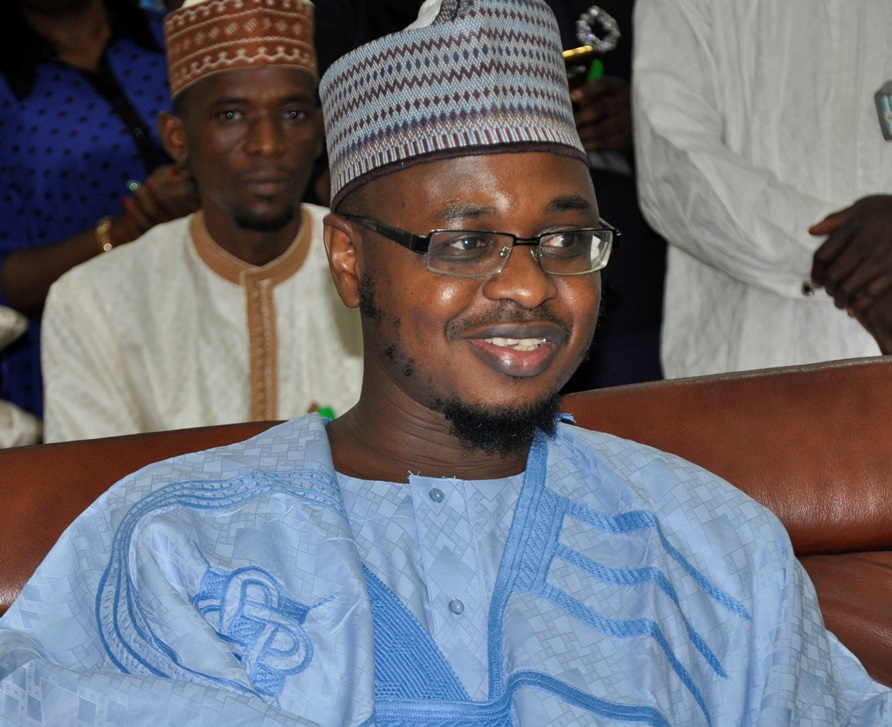 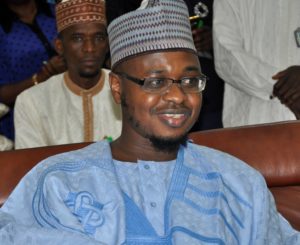 There’s a new man at NITDA. He is Dr. Isa Ali Ibrahim (Pantami). The cleric and ICT lecturer is thought to have won the heart of the presidency with a long, strong record on uprightness in a society where leadership is short on honesty and long on venality with impunity.

In his first day in office, Ibrahim (Pantami) would speak of himself to NITDA’s staff as one who is allergic to ‘corrupt practices and favoritism’to signpost the curve his administration will take. Obviously, the new director general is affirming that he’s got a job to do in an agency that has struggled from birth to live up to its mandate and run a structure that is at once thorough and efficient to achieving its goals.

The NITDA has remained just a grasp of vision and should Ibrahim (Pantami) set a new direction to thicken its value, he would be anchoring a positive revolution upon which the agency could fully live up to its mandate just as the Ernest Ndukwe years at the Nigerian Communication Commission finally brought sanity and professionalism to the once heavily compromised regulatory body. Now, the NCC is globally acclaimed as an institution for other regulators to be modeled on. It wasn’t so before Ndukwe took charge.

History beckons on Ibrahim (Pantami), if he lives up to his words to tame corruption and favouritsm, he has posterity on his side. Having the character to lead is one; to have the vision to drive a goal is another. Ibrahim (Pantami) watchers will be observing how he brings astute character to bear on vision and goals.

This statement by Ibrahim (Pantami) demands closer attention. His words: “The agency is crucial to the technological aspiration and development of our country in this ruthlessly competitive global world where we can’t afford the luxury to lag behind. This is particularly true in these challenging economic times when our country dearly needs ICT in its bid to diversify its economy.”

Herein rests the bigger challenge of thickening the value of NITDA and making it impact on people and environment as envisaged by its creators. That is why it matters that the new DG’s agenda must hinge on ‘Youth, Technology, Engagement and Insightful Regulation’

Nigeria is a country of huge youth population and high unemployment rate but where, thankfully, talent and strong willpower co-habit with this huge population.  Ibrahim (Pantami) has a rare privilege to offer creative leadership at NITDA that would harness this huge population into vast opportunities.

Jay Naidoo, Minister of Communications in the Mandela Cabinet in the mid-90s noted in his article of 2013 with the title ‘Africa’s future is clear: Youth, Technology & Broadband’:

“Half the population on our continent is under 25. It is our demographic dividend. While the populations of most continents are aging, ours grows younger. Are we hoping to be the factory or the farm of the future or the center of the global knowledge economy? What we do in this sector will decide our growth trajectory. Technology is driven by young people. They are the most connected generation in the history of humanity.”

We cannot be just the factory or the farm of the future, with strong policy thrust, Ibrahim (Pantami) can and should make our young men and women the centre of the global knowledge economy. NITDA must invest money and wit into creating an ecosystem of young technology entrepreneurs. The good thing is that the agency was already firming up on its promotion of technology startups. It’s time for Ibrahim (Pantami) to open the tunnel wider and let in more policy, intellectual and funding interventions that should see our youths shoulder to shoulder with their peers from India and China. There’s no better way to chart a non-oil path than invest in a young population that is itching to rule the world.

Engagement is at the heart of how much collaborations NITDA can get from other critical stakeholders whether local or offshore. Engagements also means that NITDA can immediately feel the pulse of the industry it is supposed to regulate and take input as at when desired. But often, NITDA sits in Abuja, and at distance, unperturbed by how industry players in Lagos and elsewhere see it.

The industry wants NITDA to come to it; listen to it and share with it. For NITDA to be effective as a regulator too, it must come down from its Abuja high horse and exchange notes with the industry players as development partners. In the last five years, hundreds of new technology companies across different verticals are holding well and progressively in the sector. They are neither known to NITDA neither do these companies think much of NITDA. As a regulator, NITDA has to lead the way to building a synergy to encourage these stakeholders in Nigeria’s IT destiny.

Has NITDA truly lived up its role as a regulator? Is it equipped to regulate? Our existence is practically software driven, and NITDA has not been able to demonstrate the capacity to determine just what direction the country or even the ICT sector should take. Whether in low end smartphones or in high end servers for financial institutions or the likes, NITDA’s footprint is grossly absent to underscore its inability to live up to its software mandate.

Ibrahim (Pantami) cannot but invest in building capacity or out-sourcing these critical need areas at positioning NITDA to live up to its mandate. For Ibrahim (Pantami), the countdown has begun – he has the chance to give NITDA a new strong beginning. He must not blow this chance.

“We cannot be just the factory or the farm of the future, with strong policy thrust, Ibrahim (Pantami) can and should make our young men and women the centre of the global knowledge economy.”

“In the last five years, hundreds of new technology companies across different verticals are holding well and progressively in the sector. They are neither known to NITDA neither do these companies think much of NITDA.”

“Having the character to lead is one; to have the vision to drive a goal is another. Ibrahim (Pantami) watchers will be observing how he brings astute character to bear on vision and goals.”