Stakeholders across Africa are urging for greater collaborations between private and public sectors to help drive the continent’s digital economy.

Africa has the opportunity to harness the digital economy as a driver of growth and innovation, said President of the Africa Digital Economy Forum (ADEF) Olusola Teniola, to open the conversations at the ADEF Digital Economy Webinar for June 2022.

Teniola stressed the need for more commitments from stakeholders as the continent struggles to become part of new global economic realities.

His words: “Many will agree that even the richest countries in Africa are yet to reach their true potential, of a digital economy irrespective of the significant level of improvement that has been recorded in recent years.

Governments are increasingly coming to terms that they need the private sector to advance development across sectors including the digital economy, said Founder/CEO of the Unique Group, Papa Yusupha Njie who is also the honorary consul of Cote D’Ivoire in The Gambia. and the Chairman of Access Bank in that country.

Njie stressed the need for private sector players to work closely with governments and public institution to get Africa’s digital economy going.

His words: “Although The Gambia remains heavily reliant on the agriculture sector, recent economic growth has been mainly driven by the services sector, including financial services, telecommunications and construction.

“The government of the Gambia is committed to increasing foreign direct investment (FDI). It also aims to create a business environment that allows the private sector to be the engine of growth, transformation, and job creation. FDI is welcomed in almost every sector of the Gambian economy. There is no restriction on ownership of businesses by foreign investors in most sectors and local companies are not prioritized over local companies.”

According to Njie, government alone cannot drive right policies and investments without working closely with the private sector. He said Unique Solution as a model in this realm has helped to redefine the future of digital infrastructures in The Gambia.

“Unique Solutions Co. Ltd is a limited liability company that began its operations in April 2000 as an ICT based company, we offer revolutionary and innovative ICT services to corporations, governments, educational institutions, private individuals and small businesses.

“We believe in the power of ICTs to achieve development objectives by working with governments, NGO’s, IGO’s and voluntary organisations in information technology capacity building and promotion of the use of ICT to solve problems in all spheres of life including health, education, environment, trade, culture etc.

“We have invested a lot of time and effort into ways in which the depth of Information Technology can be revolutionized throughout the Gambia and the rest of our sub region. The provision of these facilities at concessionary rates will go a long way in achieving the required recipe for success in the drive towards national development and the promotion of ICT as an essential development tool.”

He added: “We are shareholders of the Africa Coast to Europe Cable Consortium through an SPV company called Gambia Submarine Cable Company giving us a 5% holding share in Gambia’s new International Gateway.

Teniola and other speakers from Kenya and Tanzania want a deeper sense of focus on digital infrastructures and policy drive to address some of the worrying challenges of citizens not digitally captured for more efficient development planning.

“Let me say that in spite of the recorded progress, access to the internet remains out of reach for most people with a penetration rate of about 22%. Only a few citizens have digital IDs or transaction accounts – locking them out of access to critical services and e-commerce. Digital startups struggle to attract funding and ‘traditional’ businesses are only slowly adopting digital technologies and platforms to boost productivity and sales,” said Teniola.

He added: “Few governments are investing strategically and systematically in developing digital infrastructure, services, skills and entrepreneurship. To become tomorrow’s innovators, entrepreneurs and leaders, we need to invest aggressively in Africa’s digital economy

“Governments need to find more nimble and effective means of delivering services and interacting with citizens. Businesses need to utilize digitally-centered business models to connect with the hundreds of millions of customers previously out of reach due to geography or low income.

“Africa has the opportunity to harness the digital economy as a driver of growth and innovation, and hence the reason behind the purpose of this non for profit  organization Africa Digital Economy Forum, a platform for technology and service providers focusing on the transformative powers of Africa’s steadily growing and booming digital economy.”

The June 2022 edition of the “ADEF series”  on Africa digital economy drew tremendous participation from stakeholders across the continent including Ghana, Kenya, Tanzania, Gambia and Nigeria amongst others. The webinar held via zoom.

The edition with the theme: “Investing in Africa Digital Economy, building the future today” focused on investment opportunities in building and promoting a sustainable African digital economy agenda for an assured future.

The ADEF series is organised by the ADEF, a non-profit initiative aimed at the realization of full digitization of Africa’s economies. The event is designed to further raise awareness on Africa’s capacity for shared digital prosperity in a technology-driven economy.

ADEF was launched in the first quarter of 2021 for policy makers, technology and service providers focusing on the transformative powers of Africa’s steadily growing and booming digital economy.

Africa is gradually making its transition to technology-enabled economies. In the last two decades, the continent has witnessed a rash of investments, policies and regulations targeting to improve the ICT)infrastructure environment. The results have been a mix of blessings and disappointments. But Africa marches on.

ADEF’s President, Teniola said the event is targeted at deepening Africa digital economy which he described as a major force in promoting youth empowerment and in combating African unemployment.  He posited that African countries must embrace digital towards to emerge technology-enabled economies.

ADEF, CEO, Mr. Akin Naphtal, added that the “ADEF Series” will bring together policymakers and stakeholders in the tech enabling ecosystems to build a sustainable digital-driven economy in Africa. 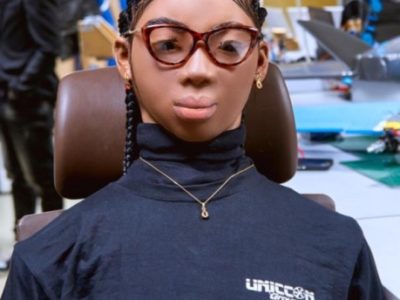 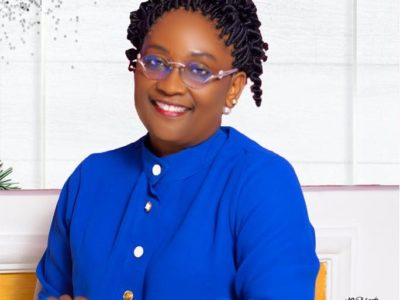 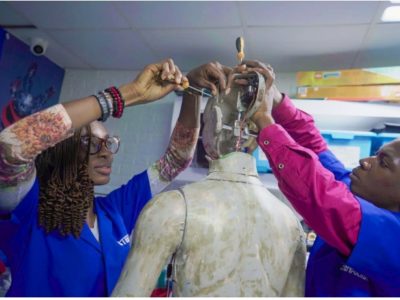