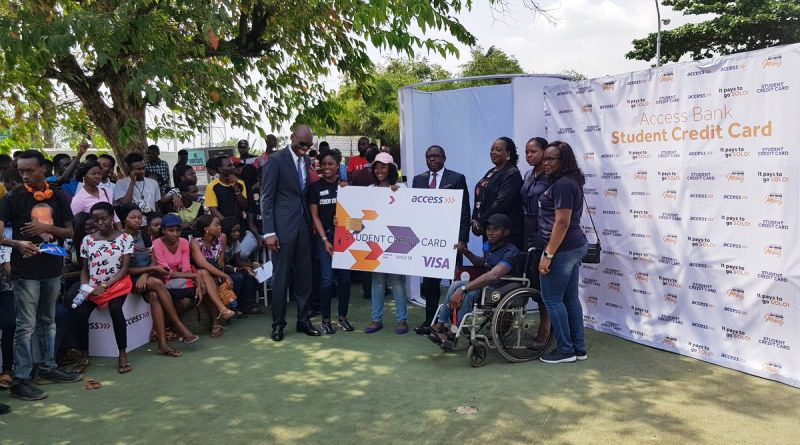 Access Bank Plc has launched a new credit card for students to manage their finances and to help address their financial challenges by giving them access to a credit amount of N20,000 which can be paid in installments. Dubbed “Access Bank Student Credit Card”, the bank in a statement said the card is designed to improve students’ access to credit with capacity to reload the preloaded fund on exhaustion.The bank believes the card will help students become more financially responsible.

Executive Director, Personal Banking Division, Access Bank, Mr. Victor Etuokwu, said the credit card which is tailored to address financial challenges of students across the country gives them an array of financial aids including meeting their urgent needs with immediate access to funds payable at a later time.

“This is a credit card because we want to begin to teach young people how to be responsible borrowers. How will that happen? Because of the money you have access to in that card, you will be more responsible with what you do and spend,” he said.

“And because the payment is gradual and in installments, it gives you the ability to plan your spending and how you get money from your parents, and you can pay and be responsible,” he added.

According to Etuokwu, the card will birth a new kind of positive lifestyle amongst the youths, while adding that it was time we started trusting the youths with how to manage finance if truly the future lies in their hands.

Similarly, Access Bank’s Product Manager, Student Credit Card, Jite Omo-Udoyo revealed that the credit card was borne out of the need to help students not go broke especially during exams time which is usually the period most of them have less money to spend in their account.

He said with the card students need not worry any longer during their low financial periods as the card enables them access funds and pay at a later time.

“We do not want to see you go broke. We have developed a card where you can borrow N20,000 and spend it anytime and payback later. I know that some students may not have enough money during examination periods, and at such times, the credit card can be of great help,” he noted.

According Omo-Udoyo, the card can be used within and outside the country with Automated Teller Machines (ATMs), Point of Sale (PoS) terminals as well as for online transactions.